RUSH: We’re gonna start in Houston with Ron. Welcome, sir. Great to have you on the EIB Network.

CALLER: Uh, yes, Rush. Thank you for taking my call. Just a quick question. I know that you’ve said it many times, and we all feel the same way, that Trump’s going ahead at full speed. Yet, Chris Wallace on the weekend, when you’ve got Scott Walker and can’t remember who the governor is from West Virginia, and every time that a conservative tries to imply that Trump is making progress, Chris Wallace goes out of his way to try and prove the opposite. I just want to get your input on that. What do you think’s going on?

RUSH: I haven’t… I didn’t see Chris Wallace over the weekend. I know I’ve got a Chris Wallace sound bite here, however. Grab sound bite number six. Nah, this is from the… He was hosting The O’Reilly Factor. Let’s play it anyway. He was hosting for O’Reilly on Friday night, and he’s got The Hill editor-in-chief, a guy named Bob Cusack, and they’re talking about Trump releasing a new executive order on immigration. Let’s see what this is… 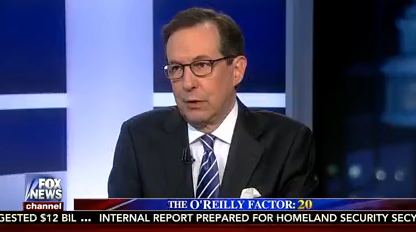 WALLACE: I was talking with Rush Limbaugh this last Sunday on Fox News Sunday, and he thinks that, if the president comes up with a court order — and obviously he’s somewhat skeptical about courts and judicial review — he thinks they’ll just find another legal reason to block executive order 2.0 the way they did with the first one.

CUSACK: I think that’s a distinct possibility. But, I mean, Trump can’t lose this battle. I mean, this is something he promised on the campaign trail. These were two George W. Bush judges that ruled against him on the first one.

CUSACK: So he’s gotta win in the second round.

RUSH: What do you mean, two George W. Bush judges? He’s talking one of the Ninth Circuit judges… This judge in Seattle? Yeah, Bush chose him, but Patty Murray wanted him. He’s not a conservative-Republican judge, and the Hill guy ought to know that. Now, are you basically asking why is Chris Wallace constantly saying Trump’s not doing anything when you think he is? Is that essentially your question?

CALLER: Well, that’s exactly it, Rush, because most of us listeners, we follow your thinking and we agree with you that Trump is movin’ ahead as fast as he can with having virtually everyone in Washington and the media against him, and —