RUSH: There’s big news here regarding climate change and the Trump administration. This is the New York Times today, and I really only need to read you the first paragraph. “President Trump is expected to sign an executive order on Tuesday to roll back most of President Barack Obama’s climate change legacy, celebrating the move as a way to increase the nation’s ‘energy independence’ and to restore thousands of lost coal mining jobs.” And they’re doing it.

Spicer just announced it at the White House in the press briefing, they’re gonna do it. Roll back Obama’s climate change rules, which will promote energy independence, and it will restore jobs in the coal industry.

The second paragraph in the New York Times story: “But energy economists say the expected order falls short of both of those goals — in part because the United States already largely relies on domestic sources for the coal and natural gas that fires most of the nation’s power plants.”

Not just the nation’s power plants. Domestic sources for the coal that supplies the power for most of the electric cars in America. You electric car drivers, you do know that you may as well have a coal-fired furnace in there? “No, Mr. Limbaugh, no, our cars are clean energy, renewable energy, we have batteries in our cars, Mr. Limbaugh.” Yeah, I understand that, but when you go fill up or charge the batteries, where does that power come from?

“Wind and solar?” No. It doesn’t come from wind and solar. There’s not enough power generated by a wind farm or a solar panel or array to charge your car inside of a week. “Is that right, Mr. Limbaugh?” Pretty damn close. “So where does my energy come from for the battery?” It comes from power plants, who burn coal. I don’t think most of these people know that. I think they’ve bought this renewable clean energy stuff. They probably think their electric cars have a way of converting energy so that it’s constantly reused and that they are a net gain on energy independence, as it’s been presented to ’em.

Look, these are the kind of things that Trump is continuing to do, the expansion, three different factory expansions, Ford Motor Company, the economy rolling, Conference Board consumer index way, way up, job creation is on the march, and it’s real. The stock market is continuing to, a couple blips here, but the stock market is back on an upward track. And all of this is providing consternation to Democrats as they conduct their postmortems and they’re looking into the polling data.

Politico story today: “Democrats Burned by Polling Blind Spot — As they investigate the forces behind the party’s stunning losses in November, Democrats are coming to a troubling conclusion. The party didn’t just lose among rural white voters on Election Day, it may have failed to capture them in its pre-election polling as well.”

Now, because you listen to this program, this Politico story is day-old news. We told you about this yesterday, about how the Democrats — these mainstream media polling outfits do not find Trump voters where they live because they don’t go there. They have no desire to go to second and third tier suburbia, fourth tier, which actually you’re getting into rural when you talk about fourth tier suburbia, fourth tier urban. They don’t go there. They wouldn’t be caught dead there.

Now, the interesting thing about this story is that it indicates that deep down the Democrats understand they lost not because of the Russians. That’s just a media narrative that is a sleight of hand to disguise why they lost. Don’t forget, the Democrat Party since the midterms beginning in 2010, has lost, the official number’s around 1,200 elected seats in the House and the Senate and in the governors’ offices, state legislatures.

It is a Democrat bloodbath to the point they only now control the governorship and legislative majorities in five states. Forty-five states either are mixed or under — it’s 36 states under Republican control. The Democrats have just been shellacked. Obama’s presidential victories have masked this. The Democrat Party’s been able to point to the Obama presidential victory and say everything looked good, everything’s fine and dandy, we’re cleaning up here.

But everywhere else you can vote against Democrats people did. The reason they didn’t vote against Obama, it’s not hard. It’s the racial component, because everywhere else people have abandoned the Democrat Party in droves to the point the Democrat Party geographically is a regional party. And so the pollsters don’t even bother to go outside cities, large, small, medium size.

They never, ever go to rural America or even small-town America. It doesn’t exist. It’s not important to them. The media capitals, the national capital, Silicon Valley, Boston, that’s where the intelligence of the nation is, that’s where the elites are, and they are who matter. And the Democrats have figured this out. The party didn’t just lose among rural white voters on Election Day. It may have failed to capture them in its polling as well.

“Many pollsters and strategists believe that rural white voters, particularly those without college degrees, eluded the party’s polling altogether — and their absence from poll results may have been both a cause and a symptom of Donald Trump’s upset victory over Hillary Clinton in several states.

“Determining what exactly happened is one of the most pressing problems facing the out-of-power party. In order to win those voters back — or figure out a future path to victory without them — party strategists say they first need to measure the size of that rural and working-class cohort.” And so they hired somebody called Clarity Campaign Labs in Washington.

And this guy, John Hagner said that 2016 taught the party a hard lesson about polling in the Trump era. “The folks who would talk to a stranger about politics just aren’t representative of people who wouldn’t.” In other words, Trump people don’t talk to pollsters, didn’t trust ’em, didn’t talk to ’em, rejected any entreaties by pollsters and therefore the pollsters got flawed data.

Did you happen to see 60 Minutes on Sunday? This is one of the most delicious moments. The sanctimonious Scott Pelley — you ever seen this guy? I don’t know that he’s ever used the muscles in his face necessary to smile. Or if he has, it looks really weird. It looks artificial. This guy is so dead serious. (imitating Pelley) “Donald Trump is destroying the United States state by state, policy by policy.” 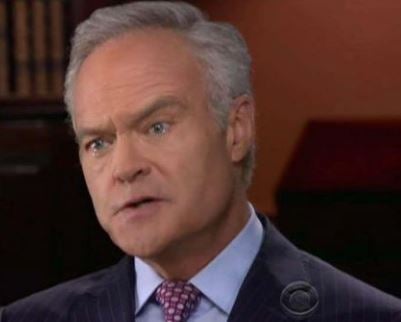 “That’s a shocking revelation for us here at 60 Minutes.” Yes, I know. But it’s true. They really believe that fake news and the problem with it is that idiotic, dumb, farmer-hick conservatives are the only ones that fall for it, and the fake news they fall for is always fake news about Democrats, fake news about Obama, fake news about Democrat policies. It’s the same thing with their polling. They haven’t the slightest idea where Trump voters actually are, and when they find out, they don’t care to go there. This story is about how they are realizing this.

And I’m telling you, the real takeaway here, I don’t know whether The Politico intended this or not, but this is a very detailed story and its existence is proof the Democrats really know they lost the election. They really know Russian collusion had nothing to do with this. They really know that a group of Americans did not vote for them on purpose because this particular group of Americans who used to vote Democrat — white working-class people — abandoned them. And they ran straight to Donald Trump.