RUSH: Okay, Josh in Chapel Hill, North Carolina. Great to have you. I’m glad you waited. Welcome to the big program. How are you doing?

CALLER: (garbled cell connection) Yes, sir, Mr. Limbaugh. It is quite an honor. I’m 25 years old. I turned 18 just in time to vote for Barack Obama and then again in 2012. But, uh, my brain grew a little. Anyway, I called because we all know about the Billy Bush tape that was let out before the election, right? And I was on my Facebook today. Across my timeline, I see advertising (garbled): “Model Groped 100 Penises on the Street to Move Her Career Forward.”

RUSH: Wait, whoa, whoa. Wait, wait, wait. I was kind of listening; I thought we were getting the setup here to something on Facebook. You just kind of jammed me right in my face with that. You said that a model is running around groping 100, uhh, “genitalia” on the streets to advance her career?

CALLER: So I went and I looked on YouTube, and it’s over two million views, and this woman is doing this to put herself out there. Now, Donald Trump on the tape, he talked about someone letting him. This video has gone viral all over, and I see no moral outrage about this woman going and grabbing men.

RUSH: Ohhhhh! I see your point. So Donald Trump does that NBC tape with Billy Bush where he talks about what he talks about, and all hell descends on Trump, and Trump is considered to be the baddest guy out there, horrible guy, can’t elect him. And this woman, this model comes around and is actively doing it to get noticed, and everybody’s applauding her, right?

CALLER: (garbled) The video is listed under “comedy.”

RUSH: “The video is listed under comedy.” How many times have you watched it?

CALLER: Just one time. (laughing) I will tell you, I’ve been listening to you since I was nine years old, since I was riding around with my parents, and I’m a longtime listener, but just a brand-new conservative convert. I am not going to try to segue, but if the Democrat Party can be Santa Claus, if you have any phones left over, I would love to get one.

RUSH: Uhhh, you know, I might. I might. I think I do. I’ve got a black — jet black — 7 Plus. I mean, if the guy’s got the guts to call here and talk about a model grabs 100 penises, he’s worth a phone, right? So I think I’ve got one back there. If I do, hang on; Mr. Snerdley will get your address. The reason I want to take this call… (interruption) Are you mad at me for giving the phone away? (interruption) You are? (interruption) Yeah. (interruption) But we’re out now. There aren’t any. That’s… (interruption) 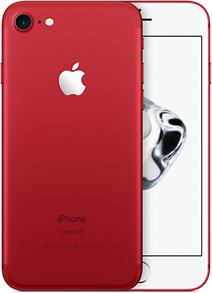 See, they’re mad at me in there because now everybody in the world’s gonna call and ask for one, and I’ve done it now. Now I’ve done it. Now, this makes Snerdley’s job harder ’cause now people are gonna call only to get on the air to ask for a phone. That’s what you’re…? (interruption) I think this guy’s gonna get the last one. I don’t think there are any more. Now, I do have six of the brand-new red phones coming in, but they’re not here yet. You know, the red iPhone 7 and 7 Plus that was just announced. They should have been here by now.

Go get it! Go get the box! Do you ever have to tell people three or four times before they think you mean it? Anyway, the reason I took the guy’s call about the model running around grabbing 100 genitalia, what have you ’cause she’s trying to get noticed? This TV show on HBO, Big Little Lies, or Little Big Lies — I forget which it is — it’s a seven-part series. Six of them have aired, part 7 is coming up Sunday night. It starts Reese Witherspoon and Nicole Kidman and Shailene Woodley. I’m not gonna try to describe this. One of the reasons I enjoy watching it is because everybody’s life… (interruption)

It was the phones! It was the phones! They’ve been sitting out there all day and nobody told me and I never got a shipping notice from Apple. You know, I’ll bet the new spam filter picked it up. I’ll bet the spam filter picked up my shipping notice. I’ve been wondering what’s taking so long. Bring one of those things in here. So, anyway, the reason I like watching this show, it’s written by David Kelley who wrote Boston Legal and some other things. The reason that I like this show is because everybody’s life on this show is an absolute mess. It is liberals writing about their lives, and they’re (sobbing) trying to be the best people.

They’re trying to just do everything right, eat the right things and protect the environment! One guy abuses his wife, another guy cheats on his wife. It’s just… It’s classic. It is watching liberal meltdown every week. Well, here’s the payoff. Reese Witherspoon, her character as a daughter who is rebelling against the mom. It’s common that happens. Whether liberal or conserve, it doesn’t matter. And she has a project she is working on for school that is oriented toward public service requirement and graduation, and she’s not telling her parents about it.

Her parents are divorced, and she has left her mom, Reese Witherspoon, to go live with her dad ’cause he’s much more tolerant and permissive, and the dad’s new wife has an even crazier New Age lunatic. Do you know what the project is? (interruption) You do? (interruption) You’re…? (interruption) Oh, okay. She is selling her… This is a written script of a TV show. This 17-year-old high school student is selling her virginity on social media to raise money for Doctors Without Borders. Now, you and I watching would laugh ourselves silly.

I mean, if you get into it watching, you know, a bunch of liberals write about their lives and act their lives out and we would say, “Typical.” But the arguments that the parents have. They’re torn! They’re torn between their daughter pimping herself out. (sobbing) “But the cause is so important! The cause is so good!” And rather than tell her, “No, you are not doing that. You’re not debasing yourself. You’re not doing this,” they negotiate with her, and she still gets mad because her parents don’t see the upside of what she’s doing. It’s the most amazing thing, sell your virginity on…

The Reese Witherspoon character mom hates it, thinks it’s outrageous and tells her daughter some of the mistakes she’s made in life as a woman, doesn’t want this to happen to her daughter. But she’s the only character that really is dead set against it. The others can maybe be persuaded by the negotiation because the cause, Doctors without Borders — which is a fraud cause — is so important. And I’m thinking if I wrote a TV show, that storyline would never even occur to me! Whether I wanted to make a joke about it or not, it would never even occur to me. So when I hear that a model is running around with a video on YouTube or wherever, grabbing as many penises as she can just to get noticed?

In this day and age, it makes perfect sense, folks.