RUSH: The census has some new information out here, and it gets even more intriguing and curious and fascinating and puzzling about our dear Millennial generation. The upshot of the data released recently is that more Americans 18 to 34 — are you ready for this? — more Americans 18 to 34 now live with their parents than with a spouse.

“Four decades ago, in the mid-1970s, young American adults — in the 18-to-34 age bracket — were far more likely to be married and living with a spouse than living in their parents’ home. But that is no longer the case, according to a new study by the U.S. Census Bureau. ‘There are now more young people living with their parents than in any other arrangement,’ says the Census Bureau study. ‘What is more,’ says the study, ‘almost 9 in 10 young people who were living in their parents’ home a year ago are still living there today, making it the most stable living arrangement.’

“The Number 1 living arrangement today for Americans in the 18-to-34 age bracket, according to the Census Bureau, is to reside without a spouse in their parents’ home. That is where you can now find 22.9 million 18-to-34 year olds –compared to the 19.9 million who are married and live with their spouse. … The rise in young adults living at home coincided with a decline in the economic status of young men.” 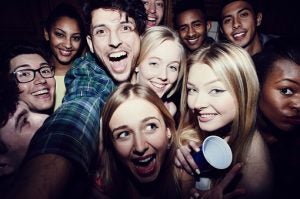 Now, you might be confused, because if you listen to Hillary Clinton or the average, ordinary Democrat in the media, you think that women still earn 73 cents for every dollar a man earns. If you listen to the Drive-By Media, you think women are still subordinated, still subjugated, still treated like dirt, still not considered full-fledged citizens, and still have gained no ground despite 30 years, 40 years of intense feminism. Women still haven’t gained an inch in the income battle.

And yet we had a story yesterday that Millennial women are ashamed and embarrassed to earn more than their spouses. So now we come to the census news today, the rise in young adults living at home coincided with a decline in the economic status of young men. “‘More young men are falling to the bottom of the income ladder,’ says the Census Bureau study. ‘In 1975, only 25 percent of men, aged 25 to 34, had incomes of less than $30,000 per year. By 2016, that share rose to 41 percent of young men,’ had incomes less than $30,000 per year.”

I remember, folks, just to show you the generational shifts and change, I remember when my dad sat me down and told me all of the horrors that were gonna happen if I did not get a college degree. Now, remember, my dad and mom came out of the Great Depression, and that was the formative experience of their lives, followed by World War II. But the Depression, if you didn’t have a college degree back then or if you weren’t in college, you had no prayer of getting a meaningful job. And parents from that generation want the best for their kids. That meant going to college.

I wanted no part of it. I knew what I wanted to do when I was eight. And my parents, my dad particularly, felt sometimes like a failure ’cause he couldn’t persuade me of the importance of going to college. So he sat me down one day, and among the things he told me that would happen, in addition to my friends surpassing me economically and intellectually and wanting nothing more to do with me, and in addition to this and that, he said, “And you’re never gonna find a woman to marry because there isn’t a woman alive that’ll marry a man who can’t support her.”

Now, that was 1969, ’68. Of course, no longer applicable today. But isn’t it interesting, if you attach that theory to the latest news about Millennial men, 41% make less than $30,000 a year, and their wives are embarrassed that they earn more than they do and that the single greatest explanation for young adults living at home coincides with a decline in the economic status of young men. I’ll tell you, my dad would not believe any of this.