Yale Students Conduct Hunger Strike (But They Can Eat)

RUSH: Oh! Have you ever heard about what’s going on at Yale? Folks, Yale students have unionized and are conducting a hunger strike where they can eat. And they’re being applauded as courageous and valorous. Tweets galore saying even though they can eat, this is commitment, this is serious. These are doctoral students. 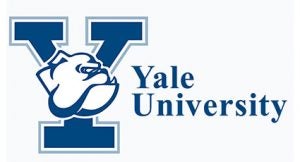 Do you know a doctoral student is paid $30,000 a year, gets free health care and room and board, and they’re on strike at Yale, doctoral students, they’re on strike at Yale because they’re undercompensated so they’ve gone on a hunger strike where they can eat. When they’re barely able to walk, when they have been on the hunger for seven or eight hours, and they can’t take another step. They can eat.

RUSH: All right, so I blew it by a half hour. Trump’s speech is at 1:30, not two o’clock, at the NRA in Atlanta. All right, here’s that story. It’s from the Washington Free Beacon. “Yale Grad Students Go on ‘Symbolic’ Hunger Strike Where They’re Allowed to Eat — A group of Yale University graduate students announced Tuesday evening that they would be undertaking a hunger strike to pressure the administration into granting them better union benefits. The strike is taking place in front of University President Peter Salovey’s home. ‘Yale wants to make us wait and wait and wait … until we give up and go away,’ the eight members of the graduate student union Local 33 announced.”

When I ran through these stats, I could see shock on the faces of staff on the other side of the glass here. Let me run through this again here. Yale doctoral students — for those of you in Rio Linda, they’re not studying to be doctors like medical doctors. These are postgraduate scholarship degrees, like doctor of philosophy or Doctor of Democracy, or what have you. Like I have my PhD in democracy.

“Yale doctoral students currently earn a stipend $30,000 a year, receive free health care, and have their $40,000 tuition paid in full,” and that’s not enough. Free health care, $30,000-a-year stipend, and $40,000 tuition paid for. “The university administration said in a statement that they understood the students concerns, but ‘strongly [urge] that students not put their health at risk or encourage others to do so.'”

There’s a tweet that has since been deleted that sums this up perfectly, some guy named Dimitri Halikias. “The Yale grad student union is holding a ‘symbolic’ hunger strike. Still inspirational.” He’s being hammered for this tweet and has taken it down.

“Halikias later protected his account, but by then the tweet had spread and others on social media mocked the ‘sacrifice’ of the Yale grad students.” Well, at least there’s that. At least there was only one tweet that was praising these people for courageous behavior and inspirational behavior. At least they’re being mocked.