RUSH: Here’s Steven in College Park, Maryland. Great to have you on the EIB Network. How you doing?

CALLER: Well, not good after all the disaster yesterday in France. I’m a French national. But I want to thank you for taking my call and all the great work you do in bestowing sanity in the media.

CALLER: I wish you could be in France too. They badly need you. I’m gonna apologize if you already know this, but I want to shed the light on how misinformed the French have been. So basically, anyone can look up the Guardian newspaper November or December 2005, an article titled — and you will find it very easily. It says, “French TV Boss Admits Censoring Riot Coverage.” If you look that up you will see straight from the horse’s mouth how they were bragging to a leftist rag in England, in English, how they were basically lying to their public. The French have been fed a steady diet of disinformation for obviously well over a decade — and, obviously, it didn’t stop then.

RUSH: Disinformation about what specifically, Steven?

CALLER: Just about everything. Typically immigration, the level of immigration. Even the government is in collusion with their media in ensuring that the public does not realize how much immigration has been taking place. There was an article in the Wall Street Journal when Sarkozy was elected back in 2007 called, “Can Sarkozy Save France?” in which the author explained that since the Family Reunification Law of 1976, over 200,000 people have been legally entering France over the past — obviously in this case over the past now 40 years. These numbers have not gone down. Most of them, of course, come from Muslim countries.

CALLER: And of course, their population base has effectively doubled.

CALLER: Just for your information, I’m a mathematician and statistician by training — a data scientist, data analyst — and so I’ve done my research on this.

RUSH: The problem with this is they’re segregating themselves in their own neighborhoods. They’re not becoming part of France per se, French culture, whatever that is. It’s a Balkanized society.

CALLER: No, but that’s what they do everywhere. Whether it’s in Sweden, Great Britain, Germany, the list goes on. As they grow population base, if you understand that… Anyway, that’s a whole discussion in itself. But if you just look up the article I mentioned and also the consequence of that, the prime minister stated in a publication kind of like Newsweek called Le Point, P-O-I-N-T, in December 2013, you would see the article right there on the front page. You go through the internet on that. But he actually was quote, unquote, “shocked.” It’s in French, of course, but he was “shocked” by over 40,000 automobiles burned in France every year. The French have no idea how much vandalism, destruction, crime — and now, of course, terrorism to top it off — is happening.

RUSH: Wait a minute! You’re telling me that the French are not aware that none of this is being reported?

CALLER: They don’t know! The media… The article I quoted straight from the horse’s mouth in The Guardian newspaper — 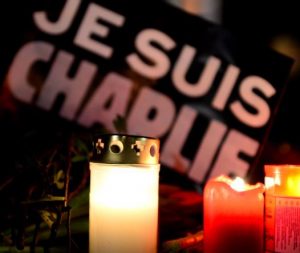 RUSH: Well, for crying out loud, we know about it! I mean, we know when Charlie Hebdo gets vandalized and murder takes place. All these terrorist attacks in Paris, we see the video here in the States. You’re saying they don’t see it?

CALLER: That’s the tip of the iceberg that they could not hide. But when you talk about all the 40,000 automobiles that are burned every year — and, as I say, that was quoted finally by the prime minister of France as shocking.

RUSH: You sure that’s not the climate change crowd doing that?

CALLER: What do you mean?

CALLER: I have been tracking the numbers.

RUSH: I mean, they hate automobiles. 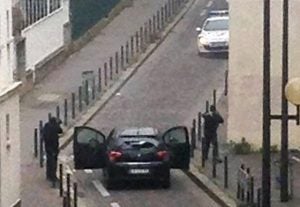 CALLER: Well, I mean, it doesn’t matter. It’s a type of vandalism. They also came up with a word called “des tournantes,” for the type of gang rapes that they’ve been doing in France. I mean, the list of crimes is long.

RUSH: Here’s the point. I get it. The point is — and he’s got a couple newspaper stories to back him up — that the French media is bragging to the British media how they’re censoring the news of all of the vandalism. And the example is the 40,000 automobiles that are literally burned every year, that the French people are not aware of because it isn’t being reported. Now, that may sound really, really hard to believe, if you’re an American and you are at all media savvy. If you’re a consumer of news, you may ask, “How can they keep something like that…?”

I mean, France is not nearly as big as United States. “How can they keep something like 40,000 cars burning and all this vandalism…?” I would only direct your attention to how much… Let me put it this way. The people in this country who consume only mainstream media, how many of them do you think know what the murder rate is in Chicago? I bet you would be stunned to find out how few people in this country really… Nobody that reads the New York Times knows what’s going on in Chicago. I guarantee you.

Now, people in Chicago might. Local media there is covering it. But if you read the LA Times — if you watch ABC, CBS — you may know now Fourth of July weekend there was some gunfire. You don’t know the aggregate totals, the cumulative totals. You do not know. It’s not reported in the Drive-By Media, because it’s Democrats that run the town, Democrats that run the state. That’s not good news. Just like, how many people outside Detroit or Flint actually know what is going on there and for how long in all these Democrat-run cities?

So it’s entirely possible that what he says is true.

And, by the same token, this is news that isn’t covered.

Imagine the BS that is reported that is also not true!

I think it’s entirely possible that, to a certain degree, what Steven here is saying could well be true, even though you say, “It can’t possibly be! Forty thousand cars in Paris and France burn every year and people don’t know it?” If it’s not reported and you don’t see it? And if it’s not reported and there’s no word-of-mouth and you don’t hear about it and you don’t see it? And if the details are not accompanying whose cars, why, where? If none of that is being reported…? And we have evidence in this country of similar types of coverage. Negative things that are attributable to Democrats, you have to look long and hard to find them. You only see them in places that are not so-called mainstream media. 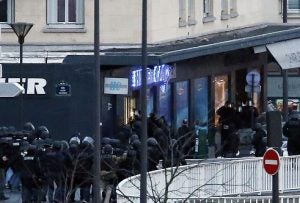 RUSH:  Okay.  So I went and I looked up that article that Steven was talking about, and it is the U.K. Guardian, November 10, 2005. Here’s the Guardian article that he’s citing:  “French broadcasters have faced criticism for their lack of coverage of the country’s worst civil unrest in decades. Public television station France 3 has stopped broadcasting the numbers of torched cars while other TV stations are considering following suit.”  That is from the article the caller was citing.  From the U.K. Telegraph in January: “Almost 1,000 Cars Torched Around France on New Year’s Eve But Government Insists It ‘Went Particularly Well.’”

From the article: “According to the French interior ministry, the total of 945, which included cars that were either ‘totally destroyed’ or ‘more lightly affected,’ amounted to a 17% rise compared to last year. Despite this, New Year’s Eve ‘went off without any major incident…'” So, 945 cars torched, and it was fine and dandy.  Nothing to see here! And the caller’s right.  French TV was bragging to left-wing media in the U.K. how they’re censoring stories in the news.  They’re not reporting it.  “French TV Boss Admits Censoring Riot Coverage,” in the U.K. Guardian.