Just Say No to a Special Prosecutor

RUSH: Bonnie in Chapel Hill, North Carolina, great to have you. You’re up first today, and welcome to the program.

CALLER: Thank you. This is the first time I’ve ever made it through to you, and I thank you very much, Rush.

CALLER: I do want to ask your opinion of this. I think all these Democrats that want to have a special prosecutor and everything to look into this Comey, you know, and the Russians and all that? Quite frankly, I think they’re opening the door to their own doom, okay, because to me a special prosecutor is a person who’s looking for criminal behavior.

CALLER: Well, okay. But they have the ability usually to investigate crime or what appears to be crime, what they think might be a crime.

CALLER: Yeah, well, that would be nice. (laughs)

RUSH: Let me tell you why I’m being a little snarky here.

CALLER: Hope springs eternal! As soon as someone has to look into the unmasking first of Michael Flynn and then everybody else that they were surveilling on Trump’s team —

RUSH: We don’t need a special counsel for that. The new FBI director… (chuckling) If he wants to reopen the Hillary investigation, he can do the unmasking. This special counsel business… Let me tell you why I’ve been snarky here, Bonnie. It’s not at you. You remember the name Scooter Libby?

CALLER: Oh, yeah. (laughing) Yes, I do. I’m old enough to remember that.

RUSH: Okay, well, let me explain to people that don’t know what happened. The Democrats and the media wanted to make the case that a CIA “agent” had had her identity leaked at great risk to her and her wonderful husband named Joe Wilson.

RUSH: These are two full-fledged, all-in lib socialists that were anti-George W. Bush and anti the Iraq War and her name got leaked in a newspaper column written by Robert Novak. 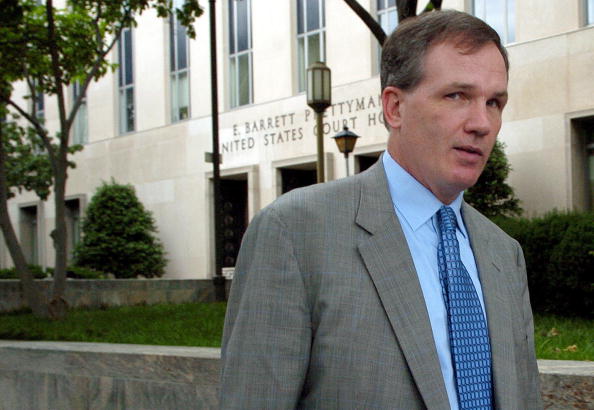 RUSH: Novak knew who leaked it but he protect sources and wouldn’t say so. It was eventually learned that somebody working for Colin Powell at the State Department leaked her name to Novak. His name was Richard Armitage. Well, a special prosecutor was found, Patrick Fitzgerald, who is a friend of Comey’s. Comey ran this special prosecutor in charge of it. He chose Fitzgerald, and Fitzgerald did interviews with Karl Rove and any number of people trying to nail somebody in the Bush administration for leaking Valerie Jarrett’s name.

CALLER: Well, I don’t think they would get to pick the special counsel or special prosecutor, would they? I was not under the impression that it would be up to them to pick who they thought would be assigned to that role.

CALLER: Ugh. Well, I guess we’re just gonna have to trust the Trump administration, then, to pick a good FBI director.

CALLER: Mmm. I just thought it might be actually get somebody in there that was serious about finding out how those people were unmasked.

RUSH: Do you know how long these things going on? The independent counsel, it will take him nine months to pick his assistant.

CALLER: Well, give me some hope here. Give me some hope. Tell me that Trump is gonna pick somebody really good — I’m hoping, and he does a good job picking people — you know, to be the new FBI director.

CALLER: I said we’ll have to trust that Trump is gonna pick somebody really good.

RUSH: Oh, that president I thought you were still asking me about special prosecutor.

CALLER: No. That was how I started, but you’ve convinced me that that will not work. But a great FBI director could reopen the investigation.

RUSH: About the special prosecutor, can you…? You actually have experience. You have a memory. You pay attention. Can you remember an independent prosecutor, a special counsel that ever ended up finding justice the way you would define it?

CALLER: Hmm. Yeah, now that you mention it. (laughing)

RUSH: Look at what they did to Ken Starr.

RUSH: Look at what they did to Ken Starr. They turned him into a Martian sex pervert before it was all over with.

CALLER: Well, unfortunately the Democrats do have nasty mouths on ’em and, yes, they are relentless.

RUSH: They did. They were running around, like James Carville out there saying Ken Starr is selling cigarettes to your babies while coming from Mars. He was an alien, a sex pervert trying to put the most moral president in the history of the world in jail. By the way, the Democrats, after the last independent counsel, said, “There’s never gonna be another one!We’re not gonna authorize the statute. To hell with these special counsels.” Comey picked Fitzgerald. James Comey picked Pat Fitzgerald, who did the special prosecution that found Scooter Libby.

And both of them were said to have reputations way beyond excellent, the highest repute. The Democrats got Devon Nunes’ scalp. They got him out of there. It’s bad. I think Trump should tell ’em to pound sand. Now, on the FBI director (chuckles), let me tell you a story since you bring that up. Hang on out there, Bonnie; I’ll get to this real quick. This is a story from New York Magazine. How did they make news yesterday? What was it about New York Magazine? They had some… (interruption)

Oh, yeah. New York Magazine had a story yesterday that we would have been better off not having fought the Revolution, not having the Declaration, not having the Constitution. We’d been better off and more justified country if we ended up like Canada. Okay. So the same magazine has a story here by Olivia Nuzzi. “Rudy Giuliani Is Visiting the White House, But He Says It Has Nothing to Do With Comey’s Firing.” Now, listen to this opening paragraph:

“It was about a quarter past midnight, well after last call, when Rudy Giuliani and a small entourage, reeking of cigar smoke, emerged from behind the nearly empty bar in the Trump International Hotel in Washington, D.C., just a short walk from the White House.” (panting) “Several hours had passed since [Trump fired Comey], and speculation was rampant that perhaps [Rudy] — an old Trump ally … could replace [Comey]. His presence in Washington [“reeking of cigar smoke”] and so close, physically, to Trump — only stoked the flames.

“‘I think the president made the right decision,’ Giuliani told me … ‘Jim is someone I regard as a friend. He worked for me for three years when I was U.S. Attorney, but I feel he made a number of bad judgments over the last year and the president was correct in removing him and trying to get the FBI better leadership.'” He then denied he was in the running for FBI director, but New York Magazine thinks he is. Rudy Giuliani and the FBI. I, frankly, would eat that up. I think that would… (laughing) That would be something worth salivating over. “Rudy Giuliani and a small entourage, reeking of cigar smoke, emerged from behind the nearly empty bar in the Trump International Hotel…”