Can You Believe These Flowers?

RUSH: Folks, I have tell you, I was just in our kitchenette here, which actually is not a kitchenette. It’s actually a pretty big kitchen, dining room complex. Anyway, in there, and there is this most beautiful bouquet in a vase of pink and white roses. And it’s from 1-800-FLOWERS. I mean, it’s so beautiful, I stopped and noticed it. And there’s a card, they had sent it to me, and nobody told me! You know, I don’t know if it’s like this for you. I get so much mail. Nobody gives it to me. I have so much stuff. Nobody sends it to me. We have staff that open it and go through it. 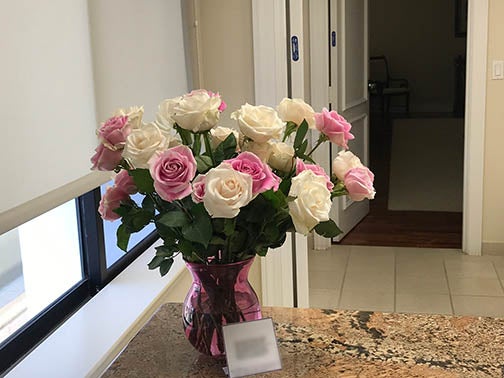 Most of it’s spam-like. But I don’t know when these came in. How long have they been there? Just tell me how long. (interruption) Two days. They’re gorgeous. They look like they’re full bloom or whatever, but I had to mention this, ’cause they are so gorgeous. I stopped and stared at ’em. They’re pink and white roses, some baby’s-breath in there, and then the vase. And they sent ’em to me, and I’m sure they sent it for their Mother’s Day promotion.