Gloria Steinem: We Have Climate Change Because We Didn’t Have Enough Abortions 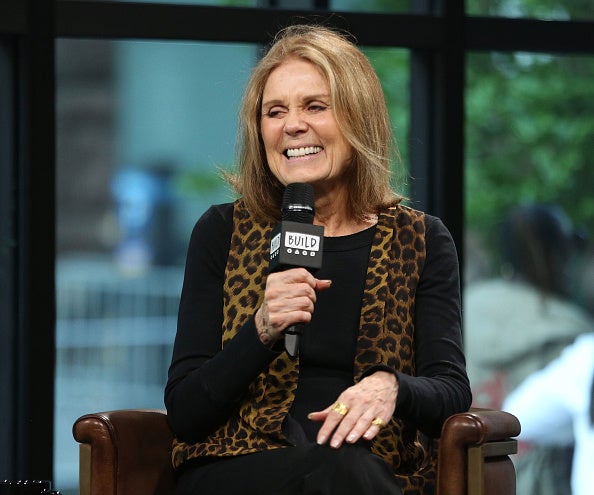 Because women already do. Men don’t have any abortion rights. Men got zero to say about it. Roe v. Wade. Fathers? Men? Zilch, zero, nada. They’ve got nothing to say, legally. I don’t know what Steinem’s talking about, but that’s not the update. “In an interview with Refinery29 … Steinem shared thoughts on femin[azi]ism, and, unsurprisingly, everything came back to female reproductive rights.” She blamed the lack of women’s freedom in reproductive rights as a “fundamental cause of climate change.”

She did. She’s 83 years old now. She said, “Listen, what causes climate deprivation is population. If we had not been systematically forcing women to have children they don’t want or can’t care for over the 500 years of patriarchy, we wouldn’t have the climate problems that we have.” Therefore, there have been too many births, too many births because women didn’t want them. Men made them have the babies! Women didn’t want to have the babies.

That means there’s too many babies, too many adults, too many people putting too much strain on the infrastructure of the planet, and that’s causing global climate change. This is absurd, this is insane, and this is also mainstream feminist belief. This is the kind of rotgut that your little girl learns at institutions of higher learning in women’s studies courses. That we haven’t had abortion long enough.

RUSH: This is Inola, Oklahoma. Steve, you’re next. I’m glad you waited. Thank you.

CALLER: Thank you, Rush, for taking my call. In a previous segment, you read a statement by Gloria Steinem where she talked about feminism, abortion and climate control. Well, in her statement, she contradicted a major argument used by the abortion industry to support their position. They have stated that abortion is not for population control but for the health and safety of the mother. And she affirmed that they believe abortion is for population control, and population control was one of the major foundational reasons Margaret Sanger founded Planned Parenthood.

RUSH: Yeah, which population was targeted? Do you remember?

CALLER: Which population groups do they want to control now?

RUSH: Well, back in Margaret Sanger’s day, it was the African-American population that they wanted to diminish.

CALLER: That’s right. So they see this. They’ve always said it’s for the health and safety of the mother, and that it’s not a child. But now she in her statement that you read in earlier segment today, she acknowledged that they’re aborting people, they’re killing people, and they’re fine with that because they have been able to have feminism and abortion, we wouldn’t have such a strain on our climate.

RUSH: This is exactly right. She was making the case that, had there been legalized obligation for many, many more years, we would have had much more effective population control and less pressure on the climate, less pressure on the planet. He’s exactly right. In the modern era, they have done everything they can to get away from the reasons Margaret Sanger created Planned Parenthood in the first place, it was population control, eugenics and all of that.

And the modern-era feminazis took it over and they repositioned it and tried to make it look like it was all about women’s rights and a woman’s right to do with her body whatever she wants to do and nobody can say otherwise. You’re right. She slipped up, because she did acknowledge that abortion originally was looked at as population control. When she says we would be much less inclined to global warming if there had been many more abortions ’cause we would have many fewer people.

I don’t care where you come from, these people are insidious. No matter how often they step in it or however much hypocrisy they engage in, there still is no pleasant way to describe what they actually do — what their actual political purpose is in the pro-abort industry. Believe me, it’s not a rights issue. That’s just what they say it is. That’s just how they sell it. It is pure, 100% politics — plus a little racism thrown in.