RUSH: Now, folks, before we go to the break, I know a lot of you in this audience are going through major hardships in your life. I know that’s something that’s true every day. You know, I’ve always said I love getting older. Every year I’ve always thought was gonna be better than the year before, and it’s always been true. There has yet… I have yet to reach that year where I say, “I wish it wasn’t happening.” It’s gonna happen, but it hasn’t happened to me yet. I’m 66. (chuckles) Now, I’m actually appreciating getting older, you know, now that it’s happening.

But every day, as you get older and your friends get sick and your family gets sick, you can’t avoid it. People are going through major, major hardships all the time. Many of you in this audience every day have a family member experiencing it or you are experiencing it yourself. We hear from many wonderful families facing illnesses or other tragedies; we’ve heard about it during our leukemia-thons. We’ve done it with the Rush Revere series, and any number of other ways that we interact with the audience here, both via the books and the radio show.

If you’re listening right now, you may be in a hospital room. Your family may be with you or someone in your family is in the hospital. We truly do wish you peace and the strength to endure anything that you are facing and want you to know that you’re not facing it alone, no matter what it may seem like. You know, life is a… I don’t know. It’s a fascinating thing. We only get one. The older you get, the more you find out how many people — through no fault of their own; it’s just the way things are — don’t realize that.

We only get one. The concept of do-overs happens in every aspect of life. If you do something that doesn’t work, try it again. But your life? You can do do-overs within, but you only get one. And the idea of making the most of it is sometimes overwhelmed by just getting through each day. Maybe at a job you hate. You may not have a job. You may be surrounded by other people who are not happy or miserable or whatever. For some people, life is a daily endurance test, despite the fact that it’s so special. It features highs, real highs, and real lows. 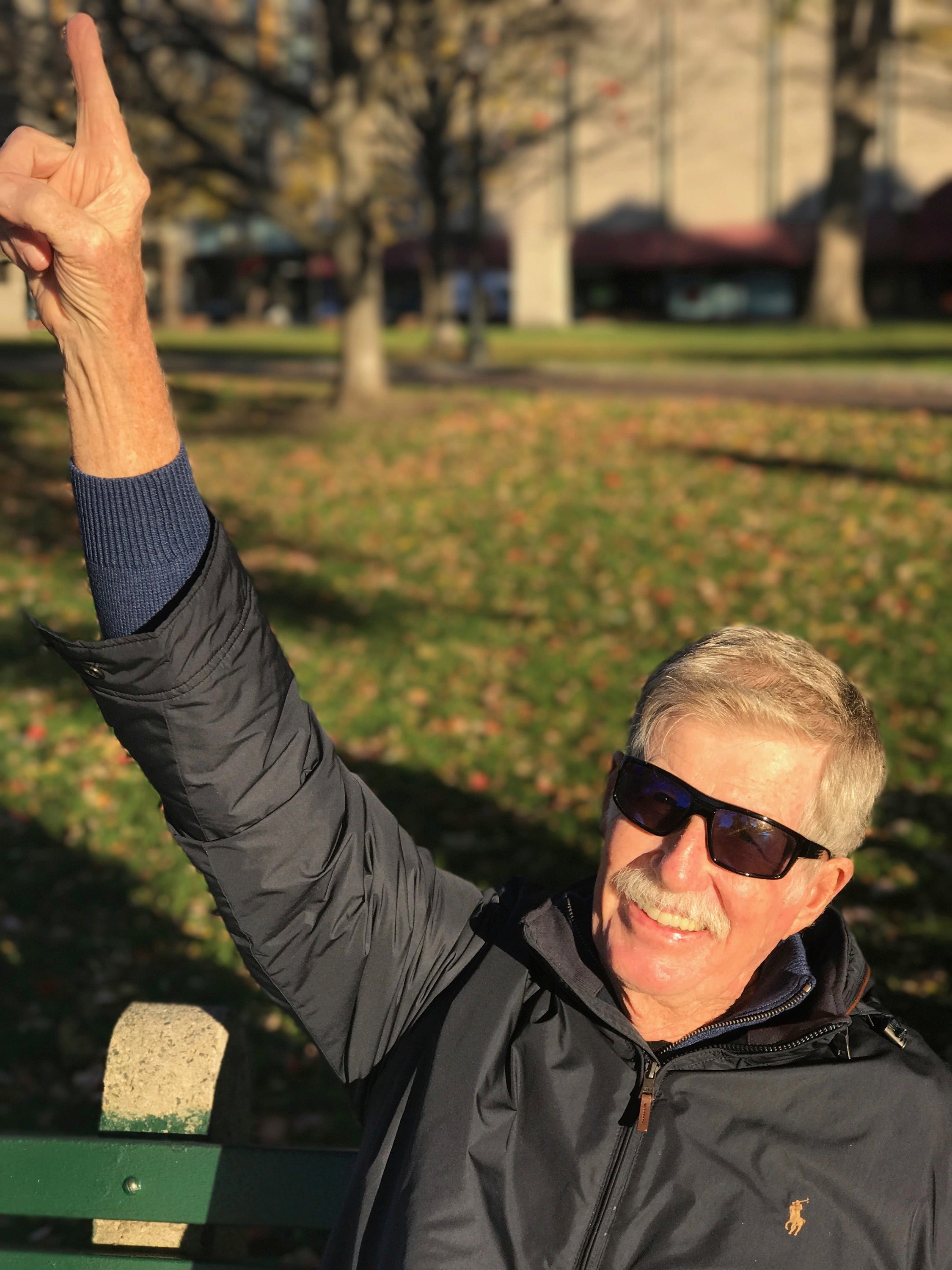 Father’s Day was yesterday, and of course we weren’t here yesterday, but I want to tell you about a very special man who is the definition of strength, the kind of strength that I was just talking about: My father-in-law, Richard Rogers. He’s a Naval Academy grad. He graduated in the same class as Senator McCain. He is a brilliant individual, international businessman. Many of us wonder what he actually did and for who he really worked because the places he went… He took his family all over the world. His family grew up — my wife, Kathryn, they grew up — in Hawaii, Rio de Janeiro, London, a little place in Africa called Guinea-Bissau, the Philippines.

And everywhere Richard went, when the family left, something blew up. We always thought he was a CIA spook. Of course, he constantly denies it while playing his scratch cards because they never would. Well, I’m halfway joking about this. But he’s been all over the world working and doing incredible things. Just tough as nails, from a generation that does not complain. That’s one of the most noteworthy things. He’s 82. They just… That generation, there’s no victimhood, there’s no… They just don’t complain. My generation’s parents didn’t complain, grandparents didn’t complain. It just was.

He never wants anything to be about him. Funny, provocative, serious but not to the point of putting people off. He’s not perfect; he wouldn’t claim to be. But watching him these past months has made me want to try even harder and to try and do better. He’s like most fathers out there. He’s an inspiration, he is a motivating influence, isn’t aware of it half the time — and, if told, doesn’t want the credit for these kind of things. But he’s loved and revered by his whole family.

I didn’t get a chance to mention this on Friday, and I should have because it was Father’s Day, and I wanted to do it today because he is like many other fathers out there. He needs to be thanked and needs be shown gratitude for all of the love and the great things that they’ve taught us and shown us over the years, and it’s especially noteworthy in Richard Rogers’ case. I’ve never run into somebody who is… He’s just a man. He’s just a real man. And I have admired him and loved him from about the second year I met him. I’m kidding. From the get-go, from the outset.