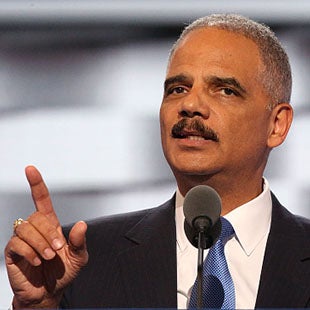 RUSH: Oh, have you ever heard that Eric Holder is thinking of running for president in 2020? Come on, come on, come, bring it on. Black Lives Matter seeking the White House? Bring it on.

“Former Attorney General Eric Holder spoke in Los Angeles on Monday to promote a bill that some observers say would make California a ‘sanctuary state,’ an appearance that he says is the start of a new phase of his career in which he plans to reenter the world of politics.” And it’s all leading up to running for the presidency in 2020.

They got nobody else. I mean, the names being bandied, Joe Biden, Fauxcahontas, Al Franken said he doesn’t want it.