I Told You the Ocean Would Eat the BP Oil Spill

Do you remember what I said about this? I said that there is oil seeping into the ocean from the ocean floor daily all over the planet. That the ocean has little things in it that eat the oil. That the ocean has a natural cleaning process that actually is part of the food chain, that oil is food for certain creatures that live there. And do you remember how I was pooh-poohed over that? Oh. I mean, the environmentalist wackos and the leftists came after me, “You’re not a scientist. You don’t know what you’re talking about.” But they were searching in vain for the oil. They couldn’t find it.

I have a story here from The Daily Caller: “Bacteria Are Eating Most Of The 2010 BP Oil Spill.” It’s another example of being on the cutting edge of societal evolution. “Oil-eating microbes ate most of the oil BP spilled into the Gulf of Mexico in 2010, according to new research by scientists with the Lawrence Berkeley National Laboratory. The study discovered and sequenced the DNA of a new type of natural oil-eating bacteria.”

It’s exactly what I told you was happening, that there are microbes and creatures in there that literally eat the oil. They feed off of it. “Knowing how oil-eating bacteria behave will help prevent future oil spills from doing as much damage to the environment as the BP spill.” The BP still didn’t do any — that’s the whole point. They couldn’t find the oil! I know what some of you are thinking, “What about the Exxon Valdez, Rush? What about up there in Alaska where the captain –” Well, that was a different body of water than the Gulf of Mexico.

“Before the spill, a scientific survey of the Gulf’s environmental health gave the region 71 out of 100 points.” Before the spill. Before it. “One year after the spill, the Gulf’s score was a 68 because of the oil eating microbes. Since 2010, seafood catches from the Gulf,” have now reached parity with pre-spill years. In other words, all of that oil created no lasting damage on any aspect of the Gulf of Mexico. And we didn’t do anything to clean it up. We don’t know how to clean this stuff up. We have no idea, other than Dawn dishwashing detergent and a bunch of Brawny paper towels out there. That’s about the extent of our knowledge or ability. 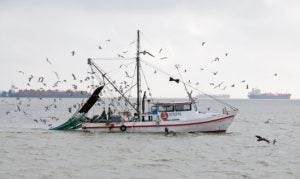 The ocean cleans up itself. And I will never forget, folks, I mean, I got in trouble for this ’cause I was laughing about it. I even think, if my memory serves, I think there was even a high school or a junior high school in Missouri that took a bunch of students down there as a field trip. And of course the purpose of this, for the environmentalist wackos, this was a field trip designed to illustrate to the young children the evils of oil and how oil and carbon were destroying the planet.

Remember, it was gonna cost billions and take years to clean it all up? And life was pretty much over for those living on the Gulf Coast, not just the fish and the seagoing creatures, but the humanity that lived on the beaches and the coast, all the way up the Gulf Coast of Florida and Mississippi, Alabama, Texas, Louisiana — you name it? But there’s nothing there, and it’s just another example.

Look, it didn’t take any enhanced scientific knowledge on my part to know this. I just needed my memory. I remembered reading a story about ocean oil and how it seeps constantly from the ocean floor and how before it ever gets to the surface it is consumed by — I mean, the ocean is a vicious place. There is vicious stuff that goes on in there. It’s a hell of an ecological system, and oil doesn’t survive it. And I just remembered that so I wanted to pass it on.

RUSH: By the way, one thing I need to add on this microbes eating the oil in the Gulf of Mexico. In the story here on this near the end is this paragraph: “Some scientists aren’t happy about the oil eating microbes, that saved the Gulf in 2010, claiming they are now bad for the environment because they’re out-competing other bacteria for living space in shipwrecks.” So no matter what the news, environmentally good, excellent, it has got to be portrayed as devastating and unsustainable.