If We Want to Cover Preexisting Conditions, Call It Welfare — Not Insurance

RUSH: Here’s Mike in Jackson, Florida, as we head back to the phones, the Rush Limbaugh program. Hello, sir. How are you?

CALLER: Hey, Rush. I think the answer to this Obamacare mess could actually be very, very simple, if, like you said, they actually wanted to fix it. But, first of all, obviously repeal Obamacare totally effective two years out. Next, pass a health insurance reform act. Health insurance reform act which would have four essential elements. Number one, insurance companies could sell policies across state lines. 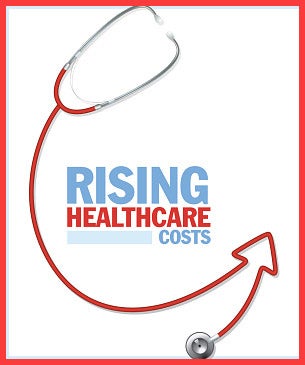 This is all written on one piece of paper. Number two, require the insurance companies to cover preexisting conditions and let kids stay on their parents’ policy ’til they’re 26. Three, eliminate the Obamacare fine for not having insurance. Four, allow the insurance companies to sell catastrophic policies at low cost. They don’t have to cover all these essential health benefits.

And I guess that could be your replacement on one sheet of paper. And just let the market do its thing. People can buy what they want, what they can afford. If they don’t want it, they don’t have to buy it, because you eliminate the Obamacare fine, and this could be done on one piece of paper.

RUSH: You know who would oppose that?

RUSH: Well, no. I’m thinking of someone.

CALLER: If they really want to fix it, it keeps the two things that people like about Obamacare, which is the preexisting conditions, which insurance companies should have to cover.

CALLER: Well, they should at least have to offer it.

CALLER: Rush, let me ask you this. If you put that one aside, and that can be a separate discussion, but the good things, sell across state lines —

CALLER: — for not having insurance, catastrophic policies —

CALLER: Well, we’ve been hearing for a long time that that’s gonna lower costs for the consumers.

RUSH: That’s exactly right. They don’t want it. They like the exclusivity of state markets. They like having no competition in these states. They don’t want to be able to sell across state lines. If they can find a way for the government to subsidize ’em and underwrite ’em, which is what Obamacare is, and force ’em not to compete, plus give a mandate where people have to buy it, that’s what the insurance companies want.

RUSH: Do not misunderstand me, please, folks. I am not opposed to people with preexisting conditions being treated. We are a compassionate country. But it isn’t insurance. (interruption) No, I didn’t check it. I haven’t. I didn’t check the email. I didn’t. My instincts tell me my email blew up, but I didn’t check it. But look… By the way, I think keeping your kids on your policy ’til their 26? I think that’s bogus too. But I happen to know people want it ’cause their kids can’t find jobs, thanks to Obama. Thanks to our economy, their kids are still living at home.

In the real world, by the time you’re 26, you start making choices about what you want based on what you can afford, and if you can’t afford what you want, you work harder to get what you need to be able to afford it. But that’s not how things are looked at anymore. But preexisting insurance isn’t insurance. People confuse health care with health insurance. The idea that our country is rotten or that something’s wrong with it because it will not insure people with preexisting conditions…? What is a preexisting condition? Somebody define that for me. (interruption)

All right. Okay. So if you had insurance and then you lose your job or your company fires you or whatever and your new policy doesn’t have it and then you get cancer, preexisting… (sigh) Already had… (interruption) Right. Right. (interruption) If you have a new job, you have the cancer, they won’t cover you, but your previous policy did cover you. That’s what you’re saying. (interruption) Well, if you lose your policy! I don’t know. If we as a society determine that we are going to treat people who do not have insurance, then we should do it, and we should call it something.

But to lump it in to health insurance is gonna distort the cost and the premiums. In fact, you want to know dirty little secret about this? The way Obamacare did this… They had to fund preexisting conditions. If you were in that category they had… I forget what the name of it, but they were pools. I think “high-risk pools” is what they were called. And you could sign up for access to the high-risk pools, and it was exclusively for people who had preexisting conditions. And you know what they found? The number of people who signed up, you could put in a thimble! The fact of the matter is, it’s a small percentage of the population.

It’s just like the whole purpose of Obamacare in the first place. We had a great caller who said prior to Obamacare, we had our problems. I mean, people were still complaining about health insurance and its costs. I mean, there wasn’t a panacea. But people had jobs and they had discretional income, and many of them had health insurance through work. Many of them had private insurance. It was okay. Maybe it was just 20 or 30 million people didn’t have health insurance. For that we blew up what, on balance, was working; and we come up with this unaffordable monstrosity in the name of “compassion” to insure the 30 million who weren’t insured.

It destroyed a perfectly fine system that you existed for the vast majority of Americans, and that’s what preexisting conditions are. When Obama set up the pools… They eventually — if I’m not mistaken — shut those pools down because there were so few people that signed up for it. And the pools were… You didn’t have to… I think you had a nominal payment, but it was nothing like a premium. The point being that the actual numbers of people with preexisting conditions denied insurance was infinitesimally small, given the universe of people in the country. And yet we were rewriting and reorienting national health care policy based on that relatively small number.

There was a much more efficient way of doing both.

If all you wanted to do was insure the 30 million that didn’t have it, do that! It would have cost one-30th of what Obamacare costs. But there wouldn’t have been any more power or control gained in Washington if you did it that way. The preexisting condition argument was another made to order argument for how unfair America is and how rotten insurance companies are. “Look at all the people with preexisting conditions that are just being allowed to get sick and die,” and it was all a magnified story to portray America as heartless and cruel — and, of course, the Republican Party as part of it and the insurance companies to boot.

And so we blew up, for the most part, a relatively functioning system to accommodate two relatively small groups who could have been accommodated with much smaller plans that would have accomplished the same thing without throwing the whole baby out with the bathwater. To the point now where we had a call who said the way to fix health care, preexisting conditions, everybody that has ’em gets covered, and your kids up to 26 could stay on your policy, and then if you don’t want to buy it, you don’t have to.

Well, I’m telling you, if you’re gonna cover preexisting conditions and then give people a chance not to buy health insurance, you can’t do both. You’re gonna have to pay for it somehow. And that was the whole point of Obamacare, to get people who didn’t need it to pay for it, to, on paper, fund those who couldn’t afford it or the most sick among us, that would be the elderly. The whole thing was a giant ruse that ended up transferring more and more power and money to Washington, D.C. And that’s why I oppose those things.

If you want to cover people that have preexisting conditions and insurance companies won’t give them coverage, find a way to pay for it with a different program that’s not called insurance, because it isn’t. We do this all the time. We are a compassionate people, and we treat and try to care for everyone. The homeless, the hungry, the thirsty, hell, folks, we even provide education and health care for illegal aliens, for crying out loud.