RUSH: It’s John in Madison, Alabama. Great to have you, sir. Hi.

CALLER: It’s an honor, Rush. You’ve been saying that the only person that’s gonna separate Trump from his supporters is Trump, and I believe that if he gets rid of Jeff Sessions, that will be the beginning of that. Especially if he replaces him with another New Yorker, somebody like Rudy Giuliani, who was not… In fact, if I remember Rudy was anti-gun and Rudy was also pro-amnesty.

RUSH: Uhhhhh, ayyyyy…. I’m not sure about amnesty. I know that Rudy at times in his life, depending on the state of his marriage, was pro-choice.

RUSH: Which is true for a lot of male politicians, by the way.

RUSH: It depends on what their wives think.

CALLER: Well, your other guest and you talking about the tweets? I agree with everything. In fact, I was a Trumpster from the first minute. But a lot of it was over the border and illegal immigration and believing that this might be this country’s last chance if we don’t get somebody in there that can start turning this around. Jeff Sessions fits that. I know he’s upset, you know, whatever. But he’s gonna have a tough time finding somebody… You know, there’s gonna be very few people that support him, and Sessions was one of those guys.

RUSH: Well, let’s just keep it at you for just a minute.

RUSH: We’ll try to figure out whether you’re a typical Trumpster or not in just a second. Are you…? I just want to nail you down. Are you saying that Trump would lose some luster in your eyes if he gets rid of Sessions?

RUSH: Regardless of what he replaces with, you think that would be a bad move?

CALLER: Yes, that would lose some luster. But it’s beginning to look more and more like he’s… You were saying it real well earlier: When in charge, be in charge. I’m seeing in Trump… I thought I saw a tough guy, supposedly. I’m seeing a wimp beginning to show up, and he’s beginning to bring in people —

RUSH: Oh, you mean the bystander comment that I made?

CALLER: He has to fire those people like you said early on. Get rid of those embeds up there. Go into that swamp and start doing some things, not sittin’ around sending out tweets about it.

RUSH: Right. So the bystander comment resonated with you?

CALLER: Yeah. You said it real well, but I was thinking it also. Now, this is something from my past. I was a soldier, and I’ve been in tactical operations centers when things started going bad, and you can start seeing in people when they start to close in and get tighter as things happen instead of reaching out to everybody. Trump seems to be bringing in… The other day when he brought in Scaramucci? I don’t know how good Scaramucci is or not. But he’s another Manhattan type. He was elected in a movement that’s out here in the rest of the country. Manhattan didn’t elect him, people out here did —

CALLER: — to do things for the rest of the country, and when you start talking about the swamp? You know this. A lot of that swamp money, that K Street money comes right out of Wall Street. So that swamp, some of it is coming from right in New York City there. So you keep bringing in people from there? It’s just beginning to look like those talks when people started getting scared when things starting getting tight. I didn’t think I’d see that. 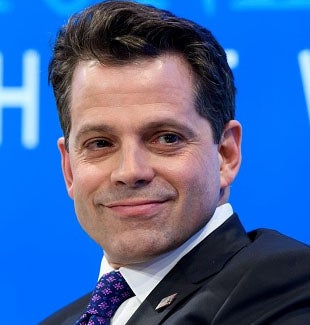 RUSH: Hang on. Let me try a different angle here with you. What if he brings Scaramucci in —

RUSH: Let me ask you the question. Are you having trouble hearing me? It wouldn’t be your faults if you are. I just need to ask.

CALLER: No, I got bad hearing, too. (chuckles)

RUSH: No, but can you hear had he or not?

CALLER: I can hear you.

RUSH: Okay. Our phone system is such that we cannot talk… Well, you can’t hear me if you’re speaking and I’m trying to respond to you.

RUSH: Anyway, Scaramucci is what you say, and he does… They’ve had to delete a bunch of his tweets because they’re all left all the time. He’s pro-climate change. He’s pro this; he’s pro that. So they’ve had to get rid of those tweets. What if he brings Scaramucci in because Scaramucci is more of a loyalist fighter than whoever he is replacing here?

RUSH: Well, so far it looks like he is!

CALLER: Well, hopefully. I don’t want it to be too much about Scaramucci personally. It’s just that the point I was making is when I’m seeing people really get stressed — people who were losing their nerve — they started pulling in as opposed to reaching out, and Scaramucci is somebody he’s comfortable with so he’s pulling in all these… He’s bringing in all this comfortable stuff, not necessarily the people that might be the best people there.

RUSH: Okay. I appreciate the call. I get it. Look, we have a Trumpist from day one who is… Well, he’s got some concern. You heard him. And it was immigration that brought him in. There’s some things that we need to note here, though. We’ve done it before. We’ve talked about it on numerous occasions. But we now have an even more vivid example. Illegal immigration is way, way down, even though there is no new legislation per se. All there is, is a doubtless commitment from the White House on down to get tough on it.

Whether there is new legislation or not, whether there’s a wall or not, the illegal, the would-be illegals around the world are not seeking entry. They’re not trying, they are not getting into this country in near the numbers they were. It is way, way down. In other words, it is a humongous success, and all that has happened is a stated intention to eliminate it by building a wall and other such things, enforcement policies by ICE, the laws on the books being enforced, which they haven’t been.

Now, here is the piece de resistance. Los Angeles Times. Ready for this headline? “California Farmers Bemoan Loss of Illegal Alien Workers, Robots — In California, farmers growing fruits and vegetables are increasingly upset at the prospect of having to either upgrade to robotic technology or offer higher wages and benefits to get their crops picked. The [Los Angeles Times] story begins with a discussion of ‘AgroBot,’ a contraption in use … which picks strawberries.”

Did you know there were robots out there picking strawberries called the AgroBot? Now, here’s something in this LA Times story. “The LA Times has actually found an executive at a company that supplies labor to [farmers and] agricultural interests who is willing to come out on the record and admit that the industry has been knowingly hiring illegal aliens and participating in a scheme involving forged documents.” Now, here’s the upshot of this.

Because people around the world are aware and believe that Trump means it that we’re gonna eliminate illegal immigration — we’re gonna build a wall, we’re gonna enforce the law, we’re gonna deport, we’re gonna do all that — fewer of them are coming in. So many fewer are coming in that farmers in California are having to raise wages or go robot to get their strawberries and other crops picked. This is causing an executive at a company to admit, quote, “We’ve been masking this problem all these years with a system that basically allowed you to accept fraudulent documents as legal, and that’s what’s been keeping this workforce growing.”

Steve Scaroni… Fresh Harvest is the name of the company. They’re among the biggest recruiters of farm labor. He says, “And now we find out we don’t have much of a labor force up here, at least a legal one.” So we’ve had a guy who has admittedly now been accepting forged documents, has been participating in the hiring of illegals, has been facilitating it, has been making it possible. Things have so drastically changed that this guy has been forced out of the woodwork to admit what’s going on.

The reason is “there aren’t enough new immigrants for the state’s nearly half-million farm labor jobs — especially as Mexico creates competing manufacturing jobs in its own cities. He has calculated that the pool of potential immigrants from rural Mexico shrinks every year by about 150,000 people.” Now, it’s worth it pointing out that the LA Times, even in this story, does not refer to them as “illegal” immigrants. They just talk about them as “immigrants.” 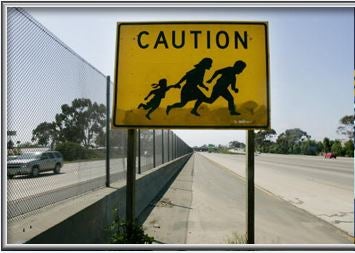 For example, it says here, “He has calculated that the pool of potential immigrants from…” No, no. They’re talking illegals here. That’s what this story is all about. The illegal immigrant market is way down. They’re not trying to get in. That means the farmers are having to pay higher prices for people that already live in the country, higher wages. It’s a story about illegal immigration. Not immigration. But the LA Times doesn’t put “illegal” anywhere in the story in front of the word “immigrant.”

So my point is, even without legislation having been passed, all that’s happened is a threat to build a wall and steps underway to do it — a constant promise to build the wall, to deport, to enforce existing law — and it’s already working. There are many other things. Manufacturing jobs are on the uptick. We all know Wall Street’s going gangbusters because they’re expecting a major economic uptick with forthcoming Trump tax policy and so forth. The opportunity is golden! And oftentimes it doesn’t even require hard government action to bring about a result, just a stated intent.

And a stated intent that everybody believes. So for our caller, the reason he got on board the Trump train at the outset? Immigration. On that basis you would have to say Trump is succeeding with flying colors. But you heard him say that if he gets rid of Sessions, that’s not gonna sit well out there with the Trumpists because Sessions was one of the early guys, and it’s gonna make them question Trump’s loyalty in all this.