My Analysis of Rod Rosenstein on Fox News Sunday

RUSH: I saw this over the weekend, maybe last night. CNN website. You know, CNN, on their website, they publish occasionally some sensible stuff, and I think on their website is where they (if they care to) claim balance. For example, they’ve got a piece by Matthew Whitaker, who is “a CNN legal commentator,” it says. Now, he may be on CNN. I don’t watch enough of it to know if he’s an on-air commentator. It says here he is.

The only time CNN’s on is during the program here, and it’s just on in case there’s breaking news or something odd that I just happen to see after glancing at it. Anyway, this piece is all about (I could have written it; it could have come from this show) “Mueller’s Investigation of Trump Is Going Too Far.” CNN! Now, the guy’s a former federal prosecutor, which means he knows the Justice Department regulations, particularly on prosecution, and he knows full well that Mueller is out of bounds here.

He knows that Mueller really should not have been appointed because there’s no underlying crime. But his whole piece — “Mueller’s Investigation of Trump Is Going Too Far” — is about the fact that there are no boundaries containing Mueller as there should be, and the boundaries are Russia over here and Russia over there. This investigation should be about collusion or obstruction vis-a-vis the charge of Russians colluded with the Trump team on the election. There isn’t any evidence of that.

There isn’t any evidence the Russians had anything to do with votes. There hasn’t been any evidence produced. It’s just because Trump fired Comey that the left started screaming about special counsel, special counsel, and the deputy AG (because Jeff Sessions had recused himself) appoints Mueller — who has an impeccable, unapproachable, unbeatable, untoppable, unassailable reputation in the swamp. But since there was no underlying crime, Mueller has no boundaries on where he can go. And this guy’s point is, that’s wrong.

That he needs to be reined in. That Rosenstein needs to send him another letter saying, “Get back online here, Pal,” which Rosenstein could do. Now, Rosenstein was on Fox News Sunday yesterday and claims that he’s done that. This is what’s weird. Rosenstein claims that the original letter limits Mueller, and that was news to me. We’ve got some Rosenstein bites. We’re gonna switch up here, Mike. Can you give me sound bites nine and 10 and 11 real quick instead of the others? (interruption) Okay.

Here’s Rosenstein, and here’s the question from Chris Wallace. “I understand that Mueller’s investigation is not a fishing expedition, but you say he’s gonna look into any matters that arose or may arise directly from the investigation. So in the course of his investigation of the issues that he’s looking at, if he finds evidence of a crime, can he look at…” What this means is, “Here’s the reg. You’re given boundaries,” in this case, Russia.

“Okay, in the investigation of Russia you find that Trump might have used cigarette butts in asphalt in 1988, and it might be against EPA regs. So the reg would say that Mueller has to go back to the AG and get permission to investigate Trump’s use of cigarette butts in asphalt in a construction project in 1988 — and if he’s denied permission to investigate it, he can’t.” That’s what Wallace is asking him. Essentially the question is: If he finds a crime, can he investigate that?

ROSENSTEIN: If he finds evidence of a crime that’s within the scope of what Director Mueller and I have agreed is the appropriate scope of his investigation, then he can. If it’s something outside that scope, he needs to come to the acting attorney general — at this time, me — for permission to expand his investigation. But we don’t talk about that publicly, and so the speculation you’ve seen in the news media? That’s not anything that I’ve said. It’s not anything Director Mueller said. We don’t know who’s saying it or how credible those sources are.

RUSH: Okay, the reason people are talking is because we saw the letter. We’ve seen the letter that was sent to Mueller that essentially charged him with the investigation. And to the best of my recollection, it doesn’t confine Mueller to Russia and Russia and Russia. It doesn’t confine him at all. And yet you hear Rosenstein say here, “Yeah, if he finds evidence of a crime within the scope of what he and I have agreed is the appropriate scope of the investigation, then he can.”

Well, no. Really, it’s if he finds a crime outside the scope that the question was about. As I say, he’s investigating Russia. In the process of that, he finds Trump used cigarette butts in asphalt in 1988. Was it a violation of EPA regs in 1988? He has to come back and get permission for that. He doesn’t need to get permission to investigate a crime within the scope of the investigation. That’s purpose! Except here, there’s no crime. So this is, to me, very confusing.

‘Cause I don’t think there are any limits on Mueller, and that’s why everybody’s up in arms about this. But Rosenstein clearly implied that there are limits that he and Mueller have agreed to. So Wallace says, “Well, people ask about this, because, you know, you had Ken Starr and Whitewater, which began with a failed real estate deal in Arkansas and ended up in Monica Lewinsky and a blue dress. To expand, Mueller would need to get approval from you to expand the investigation, right?”

ROSENSTEIN: That’s correct, just as did Ken Starr. You know, Ken Starr received an expansion that was initiated by the Department of Justice by Janet Reno that resulted in that investigation.

RUSH: Well, that’s not my memory on that, either. But that was some time ago, and I don’t want to get sidetracked. We’ll check that, follow that up later. Then there was one more here. Chris Wallace said, “Look, the head of the Reporters Committee for Freedom of the Press says what the attorney general is suggesting in his leaks investigation” this would be Sessions “is a dangerous threat to the freedom of the American people to know and understand what their leaders are doing and why. What’s your response to that? 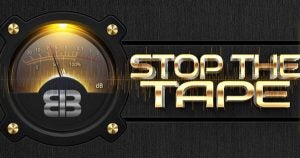 ROSENSTEIN: I think that’s an overreaction, Chris. The attorney general’s been very clear that we’re after the leakers, not the journalists. We’re going after people who are committing crimes and so we’re gonna devote the resources we need to identify who is responsible for those leaks and who has violated the law and hold them accountable.

RUSH: Look, I don’t want to get charged with a crime here by these people but I gotta tell you: That’s not true. You know, you’ve got two parties in these leaks. The leaks of classified data are felonies, whoever it is. An Obama embed in the deep state, somebody in the Trump White House, whoever it is leaking most of this stuff are committing felonies. The people are committing felonies.

But without the journalists and the newspapers and the networks publishing this stuff, nobody would know about it, unless these leakers want to put it on social media, and how do you do that with assured anonymity? So you don’t. Wallace is really up to speed on the law here, because there is no federal shield law, as Judith Miller found out, reporter for the New York Times. She was jailed for three weeks for refusing to give up a source for — I think it was — the Valerie Plame story.

Same thing here. Wallace is asking, “Well, what about the journalists?” and he hit Rosenstein with this a couple times on the show yesterday. And Rosenstein, “No, no, no, no, no. We’re not gonna go after journalists for doing their jobs.” Which, you know, if you come from a battered and beaten-up Republican Party thinking you can improve your image with the media by being nice to ’em, that explains that comment.

But the media does not have a shield here. If they participate in the publishing of data that is itself a felony, they can be held accountable. Rosenstein is simply saying that this DOJ is not gonna pursue the reporters, at least is saying so. That can always change to.

One more here is Professor Dershowitz. And this is audio sound bite number 12. He was on the radio on Sunday in New York, and he was asked about Mueller and the second grand jury — there’s already a grand jury looking into whatever Flynn did or didn’t do. But Mueller has impaneled another grand jury to look into Trump, and here is what Dershowitz said about that. 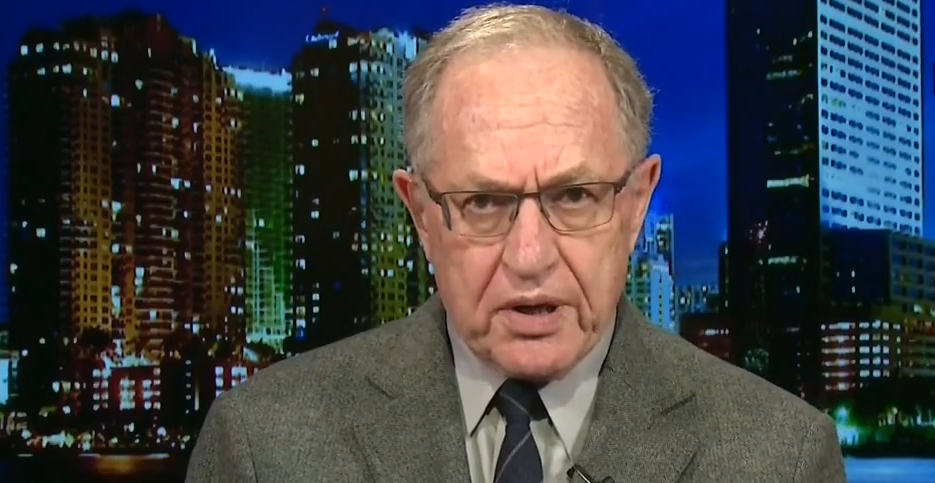 DERSHOWITZ: It gives the prosecutor the power to indict in the District of Columbia which is a district that is heavily Democratic and has a jury pool very unfavorable to Trump and the Trump administration. So it gives the prosecutor a tremendous tactical advantage. The District of Colombia, which is always solidly Democratic and has an ethnic and racial composition that might be very unfavorable to the Trump administration. It’s a tactical move designed to send a message that if the prosecutor decides to prosecute, he will have a real advantage with the jury pool where the case will be held.

RUSH: I don’t even think it’s gonna be about that. I really don’t know. I don’t think they’re gonna find indictable crimes here. Of course, with these people and their hatred for Trump, you never know. I think they’ve abandoned reason a few months ago. What this is really all about is just collecting opposition research, at the very least. This is opposition research for the Democrat Party against Trump in 2020. That’s at the least. At best and worst, this is a prelude to impeachment.

Now, could it backfire, folks? It is possible it could backfire in certain ways, because if you look, Trump voters and supporters are not dumb, they are not uneducated, and they are not unaware. They are fully up to speed on the efforts to take out Donald Trump and to invalidate their election. They’re completely up to speed. For example, they know that the special counsel has hired nothing but Clinton and Obama supporters, lawyers, donors, and fundraisers. And now here’s Mueller going to a grand jury in the district where 96% of the population voted for Hillary.

So when this is all over, it isn’t gonna be a mystery. It’s not gonna take investigative journalism to uncover the fact that this whole thing is one of the most out of balance, biased, legal proceedings ever! And I think that could backfire at the ballot box on these Democrats. But, remember, the people behind this don’t care about the ballot box right now. What are they doing? They’re trying to invalidate an election, essentially, so they don’t care about the ballot box. They are totally focused on themselves and their little club there that we affectionately call the swamp.