A College Sports Scandal So Big It Got Rick Pitino Fired!

They “indicted 10 people in a fraud and bribery scheme involving top recruits, college programs, agents, financial planners, and the shoe-and-apparel company Adidas.” It is ugly, and it is unprecedented, and there’s already fallout. Rick Pitino! According to Business Insider, “Rick Pitino,” untouchable in college basketball, has been “fired after University of Louisville is linked to college basketball bribery scandal.” Rick Pitino! I mean, this is like… This is like firing Amos Alonzo Stagg. This is like firing Tom Landry. It happened, but I don’t believe it! 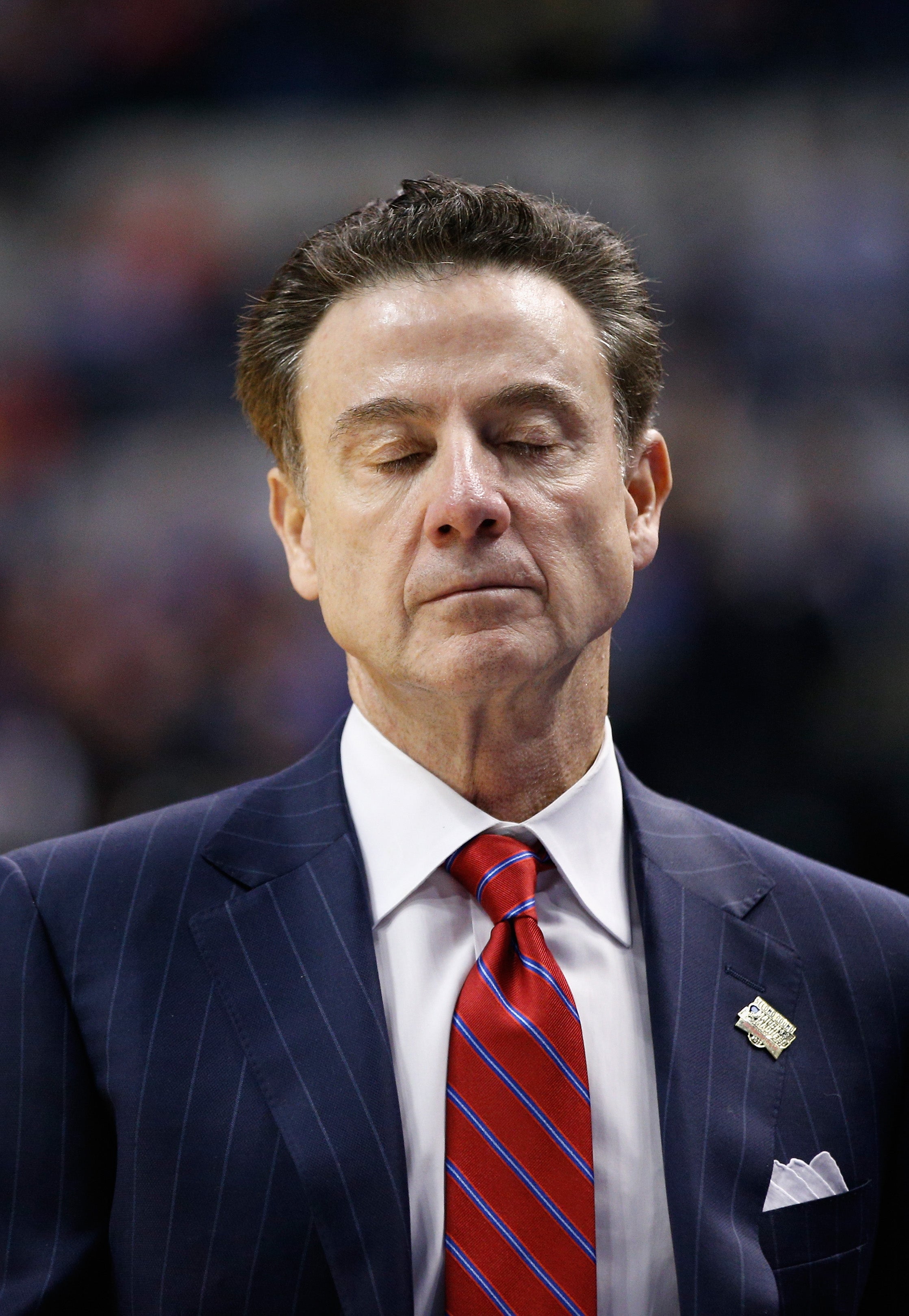 “Head men’s basketball coach Rick Pitino is out at the University of Louisville one day after the FBI arrested 10 people on charges of fraud and corruption in college basketball. Pitino had reportedly told his staff he expected to be fired over the allegations. The school’s athletic director was also let go today. According to an undercover agent working with the investigation, an executive at Adidas and several other defendants allegedly funneled a hundred thousand dollars to the family of a high school basketball player to persuade the player to sign with an unnamed public research university in Kentucky.

“The complaint doesn’t name the university, but based on details provided, it was almost certainly University of Louisville, which signed a $160 million sponsorship deal with Adidas in August. The complaint notes that the news the alleged bribed student would attend Louisville came out of nowhere in early June. On June 3rd, five-star recruit Brian Bowen surprised many by announcing plans to go to the University of Louisville.”

As I say, folks, this tip of the iceberg. Wait ’til they get into the college football aspect of this. I mean, players, college athletes are not allowed for anybody to give them spending money. They have to eat on campus what’s provided by the school. But, you know, a big booster driving around with his giant Cadillac with longhorns on the hood as a hood ornament is not allowed to drop $5,000 on a player here. Just to be nice you’re not allowed to do it. Players are not allowed these kind of things.

(whispering) Everybody knows this has been going on for years, because most of these kids can’t afford anything, and yet when you see ’em, before they’ve turned pro, they’re wearing Jay Z- and Beyonce-style clothes and jewelry and so forth. You say, “Where did that come from?” “Well, you know, we got an advance from the agent.” “Whoa, whoa, whoa! You’re not supposed to have an agent.” “Well, you know, everybody knows it’s gonna happen. We’re just getting a head start on it.” “No, no, no, no! This can’t happen.” Adidas with the shoes and with the uniforms?

Aw, folks, this is gonna be deep and bad — and if this does have tentacles that reach college football, it’s gonna turn the world upside down for a lot of people who have a purist view about athletics, college athletics and sports endeavors. Rick Pitino being fired? Pshew! It’s got to be bad for that to happen. I’m still trying to think of an analogy. Somebody you think in some job that you think could never, ever be fired — somebody that everybody would know. That’s how earth-shattering and shaking that is — and the athletic director, the AD, is histoire, as well.