No Evidence the Vegas Shooter Ever Played Football 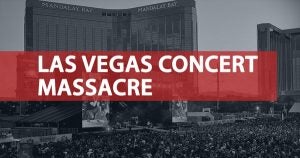 RUSH: By the way, the autopsy of the shooter in the Las Vegas massacre: No visual evidence he ever played football. Well, that’s how you say there was no evidence of any brain damage. You say there’s no evidence he played football. I mean, that’s what they’re trying to say. They looked at his brain to see if he had CTE, trying to find any way to compare this guy to the people that played in the NFL — and, damn it, there wasn’t any!