When you listen to Trump, there is no wonder why he was elected. When you listen to Trump and you see the reaction people have, there’s no wonder why inside the Beltway, the swamp, the elites are pulling their hair out. All of these years, all these decades they’ve thought of themselves as better than everybody else. And you’ve had presidents like Obama and Clinton and others who basically talk down and treat people like they’re incapable of living their own lives, making their own decisions, doing the right thing.

And so people like Obama and the Clintons and the entire Washington establishment are gonna take over the all-important role of living your life from you. And they’re going to force you to live your life in certain ways that they demand because you are incompetent and inept, and they are superior in every way. And it’s obvious that people no longer look at Washington that way, and it’s been awhile since people have. 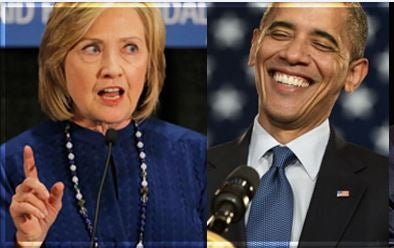 There was a time in this country where people looked to Washington and respected people there and actually thought they were uniquely different and better, and that’s why they were there. And there was an accompanying amount of respect for the people that were there. But those days are long, long gone, and now it’s just massive distrust, it’s resentment. Who the hell are you to tell us how much money we need? Who the hell are you to tell us what we want and don’t want and what’s right or wrong about that? Who are you to tell us that we don’t know enough to know whether or not we ought to have our borders open or not? Who are you?

There is a revolt against the idea that the nation is racist and sexist and bigoted and, as such, we need to pay the price, people obeying the law need to pay the price. People trying to do what’s right, they need to change what they’re doing to accommodate these renegades, who, in many instances, are comfortable expressing their hatred for America.

But if all you can see is Trump is an idiot, that Trump is incompetent, that Trump is whatever else, if all you can see is, “Oh, my God, we have our power taken away from us. Oh, my God, an outsider has come in and is wresting control,” if that’s all you see, you’re not gonna see what’s happening. And you’re never gonna see what’s happening if you’re one of these people that’s constantly held the American people in derision.

This steamroller is rolling right along, and it’s expanding, and it’s getting bigger each and every day. The forces trying to take Trump out are not winning. They talk themselves into believing they are and they get their little investigative panels like Mueller and their congressional panels, and they do their really lame investigations. They can’t find anything, so they leak that they are, they leak that they have, but they don’t have anything.

Now these same disgruntled people who cannot believe what’s happening are now talking about the 25th Amendment and how we’re gonna have to talk to Pence and the president’s cabinet and convince them to sit Trump down, to get him out of there, he’s just unfit, and we can’t abide this anymore. And it’s not gonna go anywhere. They’re gonna huff and they’re gonna puff and they’re gonna make it look like they’re moving the ball forward anti-Trump.

But in terms of them moving the ball, changing public opinion in their favor, it isn’t happening, and it isn’t going to happen, because this has been building, and it’s been building longer than since 2010. It predates the Tea Party. It predates Republicans campaigning and promising to do X, Y, and Z and never doing it. It predates this. It goes all the way back to the Clintons. It was amplified with Obama, and I dare say some of the stuff that happened in the Bush administration likewise, if we’re talking about Republican behavior that has contributed to this, quote, unquote, revolt that’s taking place out there.

There isn’t any question. There isn’t any question whatsoever that this is happening, that it is alive, and there is nothing the establishment can do that is constitutional to stop it, which is why they’re looking outside the bounds of the Constitution and why they’re using everything they have in collusion with the media to try to destroy and ruin Trump’s reputation and thereby hope to discredit him and his agenda in the minds and eyes of his supporters. But that also is a failing effort.

Who would have ever believed that this that’s happened in the NFL would in fact happen? Who would have ever thought that the NFL and its players association would actually bend to the will of a single human being in the White House?

People cannot believe it, and because they cannot believe it, they really don’t want to admit that’s happened here, and that is that Trump won by standing up for America. America won in this isolated little example of the people who hate this country trying to do great damage. They have lost. They’re going to continue.

And when I say they’ve lost, they’ve lost in the court of public opinion. They are not the majority of the thinking in this country. They don’t appeal to the majority of thinking, and they don’t persuade people to join them. And because they’re failing, they are becoming even more fanatical and unhinged everywhere you see them.

MSNBC, CNN, they are literally becoming unhinged as you listen to them. News anchors actually using the word BS in prime time on news coverage to talk about something a Republican or conservative guest has said. “I’m not gonna listen to this bull –” and then close the microphone of the guest.

They’re giving it up. They are finally, in their frustration, exposing who they have always been. The Harvey Weinstein situation, who would have ever — you know, if Hillary Clinton had been elected, none of this would be happening. We would not to this day know anything that we know about Harvey Weinstein or any of the other things going on.