RUSH: You know, right before the end of the first hour, Snerdley made a good point. He said, “You need to stop calling it…” Well, he didn’t say it this way, but this is what he meant. “You need to stop calling it ‘opposition research’ because ‘opposition research’ can be genuine. It’s the investigation of stuff that’s true about somebody that they’ve been trying to hide, and you find it and release it at an opportune time,” and that’s true.

I mean, there are countless examples of it, but a great example of opposition research that almost worked was the Bush DUI on the eve, the Friday before the election in 2000. The Bush family obviously, you get a DUI and, if it doesn’t get public at the time, fine. You hope it stays hidden. The Democrats found it, and they saved it, and they used it. I think it was the Friday before the election. You know, not enough time — not much time — for a response.

I’ll tell you what. Opposition research is the Trump/NBC/Access Hollywood video. NBC News had that for how many years? They had it for how many years? They would never use that until… I’m sure they never had any intention of ever using it. In fact, I’ll betcha what happened on that, they have the videotape of Trump’s appearance on the show, and it’s somewhere in the archives, long forgotten, and then years later Trump runs for president, and somebody at NBC said, “Wait a minute! Wait a minute! I remember, we’ve got something somewhere. Trump’s talking about something somewhere.”

So they search for it, and they find it in their archives. NBC didn’t use it. They gave it to the Washington Post. Remember? The Washington Post broke the story on the Trump Access Hollywood video. That’s another example of opposition research. That’s not what this is. This is not opposition research. This is just the manufacture of complete BS. This is total, front-to-back, top-to-bottom, beginning-to-end lies — and they were paid for it. This was a scheme that was hatched by the Clintons and the Democrat National Committee.

Folks, I have not convinced myself yet that I have really made the impact that this needs because of what happened after this. This is a totally, totally, totally manufactured however number of pages this is. I forget. It’s either 36 or 39 or 16. It contains the golden shower story. The fact that this was literally written as fiction! Look at what has happened. Look at how it has been used. All you really need to know is that the director of the CIA, an Obama appointee, John Brennan — who is a classic, extreme, community organizing-type leftist — proudly, happily told everybody that this dossier was so crucial, so important that he used it as the basis of the investigation. 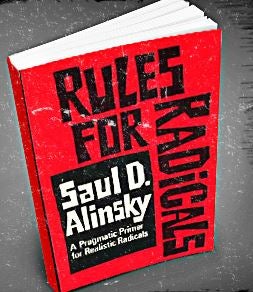 Folks, that means there has never been any evidence of Trump colluding with Russia. Now, balance that fact with everything that’s happened in the past year in the news media! This dwarfs Watergate in ways that I can’t even categorize. This has so many players involved who knew that this was phony. But for the highest investigatory intelligence agency in the world to knowingly accept pure fiction and use it politically? See, it doesn’t surprise me. This is who Obama is! This is right out of Saul Alinsky and Rules for Radicals.

This is exactly how community organizing works. You populate these places with your fellow extremist radicals, and you turn ’em loose — and everything they touch ends up being corrupted. The CIA? The FBI? This story… I guarantee you, Jim Kallstrom, who ran the New York office of the FBI for years, this is gonna… It’s gonna combine to devastate him and infuriate him like you can’t believe. The FBI is sacred to people who have devoted their lives to it, it’s sacred in its mission, and to have this? This is not just a mistake. This is not somebody getting fooled.

This is not Comey and Robert Mueller being fooled by any of this. This was knowingly used to help deny a duly elected president his victory — and then after he was inaugurated, it was used for the express purpose of driving this duly elected president out of office, and it encompassed the United States Congress. It encompassed the office of the Director of National Intelligence run by James Clapper. It ensnared the CIA and the FBI — or rather, the FBI and the CIA used this to ensnare all of these different House and Senate investigating committees — and, of course, the Drive-By Media.

The GOP paid Fusion GPS to look at Trump’s business, casinos, Atlantic City. It didn’t go anywhere. Little stories would crop up time to time. Hillary Clinton talked about Atlantic City and tried to make it stick. Nothing did. All the primary candidates knew about Fusion GPS. They were wide out in the open what they were doing. Hired by Hillary Clinton. Whatever the Republicans, whatever the GOP accumulated that Fusion GPS produced for them was passed off to Clinton after Trump beat the Republican field.

This has been a combined effort by establishment Democrats and Republicans using every branch and administration of government they can to destroy one man who won a duly elected campaign.