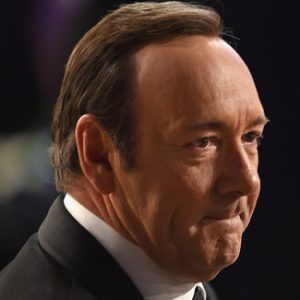 RUSH: Kevin Spacey was named over the weekend by an actor by the name of Rapp. He’s in the new Star Trek Discovery show that’s streaming only on the CBS app. Spacey (stammering), “I — I — I’m not sure I remember that, but if I did it I’m so sorry,” and then came out and announced he’s gay.

The entertainment Drive-By Media is not letting Spacey skate by on this. They say, “Hey, Kevin, you can’t cover-up the fact that you tried to molest a child by simply saying you’re gay.” No, they can’t let him get away with that. “Forgive me, I’m gay. The offense is not that great”? That’s what he was trying to do. “Yeah, yeah, I might have, but I don’t remember it. I could have; if I did, I’m sorry. By the way, I’m gay! I’m living my life as a gay man! They’re saying, “You can’t do that. We’re not gonna let you get way with that.”

Normally coming out as gay would be, “Right on!” But now he’s coming out as gay after admitting to molesting a child. That won’t work. Not in the current Hollywood Weinstein climate. We have that. It’s interesting that Hollywood what are thought to be big releases, people like George Clooney and Matt Damon, they’re tanking, folks. Hollywood blockbusters, other than horror movies. I’m just… I don’t know why but they’re tanking. I mean, tanking big time.