McCain Asks for More Twitter Followers, Loses Them Instead 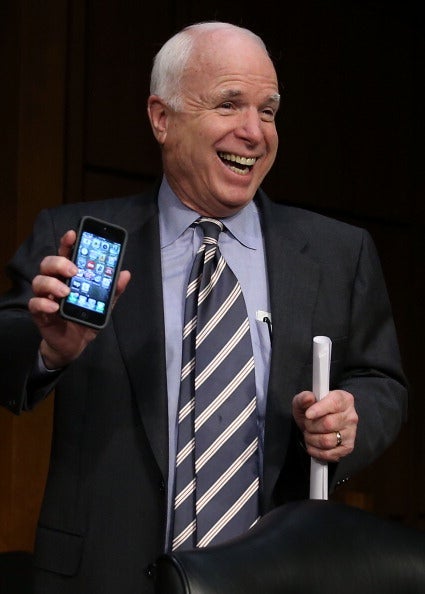 RUSH: McCain sent on you a tweet: “We’re only 74 Twitter followers away from three million. Spread the word and help us reach this big milestone,” and now they’re unfollowing him. But has anybody…? (interruption) He has 2.98 million followers? How? It’s as far as I’ll go. (interruption) They’re worried about me creating headlines in there. Does that not concern you? Not “concern.” Never mind. (interruption) I know it’s legitimate.

I know it’s legitimate; that’s the point! How in the hell…? (interruption) “Stop it, Rush. Stop it.” (interruption) I know, I know, but I’m not on Twitter, and I am not soliciting followers. But McCain is a senator. (sigh) Never mind. You know what? Just never mind. There’s no way in this highly charged atmosphere. Hey hi, babe, what’s happening in there? Don’t worry. Don’t worry. Not going to jail… today. Today.