What If Mueller’s Baiting Trump to Fire Him?

RUSH: I’ve had a couple of emails on this. You know, I have a ban on any audio from MSNBC. I’m not gonna break the ban but I’ve had enough people email me, “Rush, have you heard that they’re saying all over MSNBC today that Mika Brzezinski is saying that they’re all gonna go to jail for the rest of their lives, Trump and his team?” Yes, I saw it. The details of this story… Let’s see… “As the noose of Robert Mueller’s probe into the Trump team’s contacts with Russia is tightening…” There is no “tightening” with Trump’s team’s contacts with Russia because there weren’t any!

I believe what that means is that somebody in the investigation is telling them this. There are people in this investigation and they’re close to it or they’re ancillary or they are friends with the investigators. We know that this Strzok guy was tweeting and emailing/texting with his mistress about how much they universally/jointly hated Trump. But my thinking is that somebody told ’em this. “Oh, yeah, we’re gonna get ’em. These people, they’re gonna go to jail.” 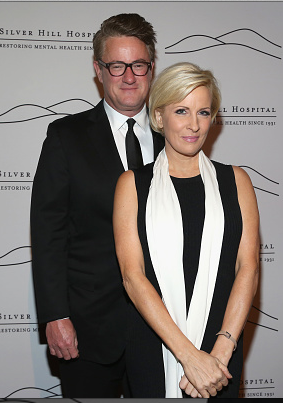 So Mika Brzezinski and Scarborough run with it.

I don’t know whether whoever told them this really thinks it or means it, but when I see now that Mueller is subpoenaing Trump’s financial records from Deutsche Bank, it wouldn’t stretch the believability for somebody in this investigation or close to it to say, “Yeah, we’re gonna get ’em! These people, they have no idea what’s coming. We know what they’ve been doing. We know what Trump did with his money. By the time we get through with them, they’re gonna go to jail for the rest of their lives.” And since that’s what Mika Brzezinski and Scarborough want to hear, man, they run with it. Now, it’s possible they could have just made it up and put it out there as something they think independently, but I kind of have my doubts about that.

RUSH: I think it’d be a mistake, and I’ve always thought this, it would be a mistake to fire Mueller. Not because he can’t do it. It would only intensify the swamp’s demands for impeachment. Impeachment is purely political at this stage.

I think Trump, as frustrating as it’s gonna be for us, I think Trump needs to play this out and just keep doing what he’s doing and focus on the agenda and get as much of this agenda done, make sure tax cuts get passed, move on with the wall, keep focusing on illegal immigration. Because, folks, what everybody’s assuming here is not automatic. The assumption everybody’s making is the Democrats are gonna win the midterms. 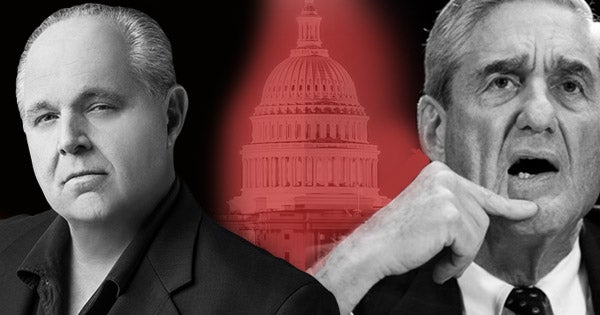 I also remember something else. Trump said long ago of Mueller that if this guy starts looking into my business dealings long before any of this came up, this stupid witch hunt investigation, then that’s where I’m gonna draw the line. Now, Mueller heard Trump say that. What if — I was just chatting in emails here with McCarthy, who had this thought. I’ll ask him about it in the interview coming up.

He said, “What if Mueller, by announcing this subpoena of the Deutsche Bank Trump financial records is trying to bait Trump into firing him? ‘Cause Trump said that’s the line, that’s the red line. If this investigation goes that far off the rails, I’m not putting up with it.”

Well, there it goes. It’s going off the rails. It’s headed now to Trump’s finances. So why would Mueller want Trump to fire him? Well, there could be any number of reasons for that. Mueller doesn’t have a case. I told you earlier, these guys do not like their reputations getting sullied. You may think this is caca, but these people, the coin of the realm is their never ending respectability and sophistication, integrity, decency, and all that.

I mean, they live and breathe for puff pieces in the Washington Post Style section about how great they look in their tuxedos when they go to the charity balls. And here the Wall Street Journal editorial today is just raking Mueller over the coals and suggesting that he’s already so conflicted he needs to resign. This, I guarantee you, is not what Mueller signed up for. No way. Not at age 73, twilight of what has been a stellar career.

So maybe he’s trying to bait Trump into firing him because he wants out of it, but more than that, firing Mueller could intensify the heat on Trump as an out-of-control chief executive like Nixon, analogies to the Saturday Night Massacre would be drawn, and then whoever is our Howard Baker today would go up there and say, “President Trump, you don’t have any support anymore. You gotta go.”

That would be my guess as to why Mueller would try to bait Trump into firing him. But hopefully Trump’s got enough people around him to tell him not to do that.