RUSH: There’s a story here, folks, that, you know, I could say, “I’ve been telling you, I’ve been telling you,” but I’ve been doing that about almost every story there is out there now. The story runs at a website called FastCompany.com. And here’s the headline: “Former Facebook Exec: Social Media is Ripping Apart Society.”

I have been warning, concerned, worried about this aspect of social media for many, many moons. And it first occurred to me when I saw what happens on social media as a result of people seeking fame. The first signs of it I saw were people wishing they were Hollywood actors and actresses.

The next thing they consist of is celebrities talking about the roles they are playing in their latest movies, as though they are experts in whatever the movie is about. But the media fawns all over these actors and actresses. I mean, it is one of the primary areas of shameless media.

It’s basically a bunch of celebrity groupies that make up entertainment journalists. And they want access, and so there is never anything untoward about these people. You have to go to tabloid magazines to find scandal oriented stuff. The mainstream entertainment media is just a fawning, idolizing media.

So people on social media see this, and they see these red carpets and the parties and all that, and that’s what they end up wanting. And so social media — I saw it — people were creating phony aspects of their own lives and posting those phony things. And what was happening was that people were vicariously presenting themselves in ways totally unlike their own reality. And they began following their likes, and how many followers they have, trying to create their own fan base and so forth.

Part and parcel of this is since everybody’s doing it, everybody reads what everybody else is saying about themselves, and it’s always exaggerated. And if you read social media, everybody’s on a yacht somewhere in Monaco partying with models or what have you. And where are you? You’re in your parents’ basement wearing your Snoopy PJs. You can’t get anybody to pay any attention to you ’cause your life is dull and meaningless. So you make it all up and you start lying about yourself, and it just becomes a vicious circle.

And it was this original pursuit of fame that I thought was going to be very, very bad for people, because it’s an illusionary thing, and it’s not substantive. Fame is not a substantive thing, and it certainly isn’t real. And in real life you don’t want people to treat you with fawning this or that. You can’t have meaningful relationships with people that way.

But because it looks so cool on TV and there’s all kinds of money attached to it, there’s wealth, there’s apparent freedom, I mean, it’s all phony. From the stories on these entertainment programs to the Lifestyles of the Rich and Famous, all of this stuff is made to appear as it really isn’t.

So now we have a former vice president for user growth at Facebook. He recently gave a talk at the Stanford Graduate School of Business, and he said that social media is ripping apart society and that he now feels tremendous guilt about Facebook. 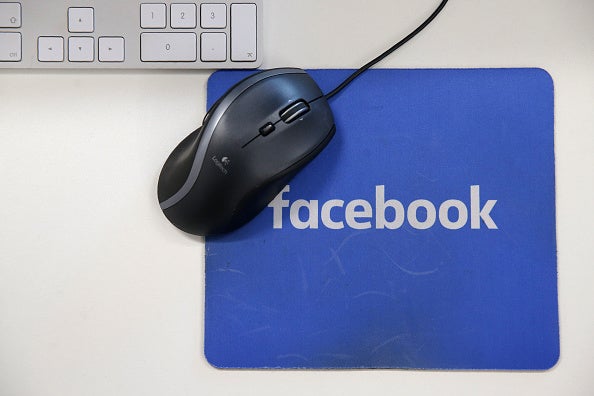 He said, “I think we have created tools that are ripping apart the social fabric of how society works. The short-term, dopamine-driven feedback loops we’ve created [including the hearts, likes, and thumbs up of various social media channels] are destroying how society works. There’s no civil discourse, no cooperation; [only] misinformation, mistruth. And it’s not an American problem–this is not about Russians ads. This is a global problem,” this guy said.

“Regarding an incident in which seven innocent men in India were lynched after a hoax about kidnappings spread through WhatsApp: ‘That’s what we’re dealing with. And imagine taking that to the extreme, where bad actors can now manipulate large swathes of people to do anything you want. It’s just a really, really bad state of affairs.'”

And this cofounder of Facebook says he refuses to let his children use social media. There have been recent illustrations of the problem, not the least of which is the bots, not the least of which is the artificial impression of public opinion. You know, that, to me, after this really wasteful pursuit of fame that I think destroys young people, the second thing that’s come along is, you know, journalists are many things, and among those things is lazy.

So the media employs their bias. If the media has a bias in every story and they find a reaction on Twitter that backs it up, they happen to report, “And Twitter’s blowing up…” and try to make it look like a majority of Americans agree with the premise of whatever narrative the media is selling in that particular story. And it’s a bunch of nameless, invisible, anonymous people who may not even be real. They may be computer bots, algorithms.

What’s the number I saw, the number of fake users on Facebook? Facebook supposedly reaches almost two billion people now. Now stop and think of that. The population of this country is 300 some odd on million. Facebook claims to have two billion users. But I saw a story, I forget the number, on how many of ’em are fake. They’re not real people. They’re just bots. Twitter, ditto. Twitter doesn’t reach two billion, but it’s the same premise.

Social media ripping apart society. I think it’s true in any number of ways. But I’m not an old fuddy duddy about it. I mean, you can’t put the genie back in the bottle. You can’t shut it down or stop it, even though people might want to try. That is not the way to deal with it. The way to deal with it is like you deal with anything else, and that’s education and trying to convince people to reach an understanding not to believe hardly anything they see there, to be suspicious of everything and track it down.

If you let markets determine things, eventually the weight of the failures and discrepancies will take these outfits down anyway. They’ll lose members, subscribers, any number of things. There’s an ebb and flow to this. Like anything in the market, content is king. And if the content isn’t there, the audience will depart and leave. If the content becomes less than genuine or if the content loses its appeal, then it goes away and will be replaced by something else.

But the usage of Twitter, nameless, faceless, largely anonymous people, as a cheap trick by the media to represent majority public opinion, is one of the reasons why so many people think that our culture is rotting away right in front of us, when in fact it may not be. Not to the degree that people fear, anyway.