RUSH: On the cutting edge of societal evolution, Rush Limbaugh, meeting and surpassing all audience expectations every day. So it was back in — get audio sound bite number 2 standing by.

Back in June of 1993 on both the radio and Rush Limbaugh the TV show, we unearthed a speech, incredible words uttered by then President Kennedy to the Economic Club of New York a year and a half before his assassination. Actually, it was less than that. It was in December in 1962. And I even said back then that there are a lot of people in the audience who were born after John Kennedy was assassinated in 1963, too young to remember much except the lionized Camelot portrayal of JFK.

Oh, speaking of which, anybody in there watch The Crown on Netflix? Well, I watched season 2 — well, I got started on season 2 over the weekend, and this covers the year 1960 to ’64, Queen Elizabeth. The series starts with her father dying and then King Edward abdicating because he wanted to marry a divorcee, so it made her the queen. And the show follows — I guess it’s supposed to be fairly biographical, but they take some liberties, obviously.

But in the second season it’s 1960 to ’64, and during that period, JFK and Jackie O visit Paris and London. And the episode, which has them coming to London to visit the queen, portrays the Kennedys as unlike anything you’ve ever — well, no. I must be fair. There are and have been many reports of the JFK that this show portrays. They didn’t focus on the playboy aspect. They did some, but really they focused on how he was totally overshadowed by Jackie everywhere they went and that Jackie was miserable in her marriage.

It was no Camelot whatsoever. And they were both drug addicts. This episode shows them both getting shot up before dinner with the queen by the traveling Dr. Feel Good. Now, Kennedy did have Addison’s disease, and he had a very bad back, and he was supposedly living on Demerol, and he did have a doctor that traveled around and was with him all the time to make life tolerable, because apparently he was in chronic pain that was not fixable. But that’s always been kind of hushed up in the post-Kennedy Camelot portrayal of those years. 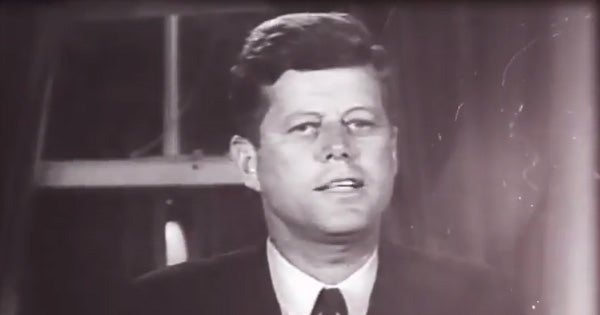 They don’t sugarcoat the Kennedys at all in this episode. They portray Jackie as snooty and arrogant and looking down on the queen and Buckingham Palace and saying so publicly. They portray Jack as tolerating her but fully aware that most people are interested in him because they’re interested in her. They talk about how she captivated de Gaulle when they were in Paris and he even said he’s the luckiest guy in the world, he’s the guy traveling the world with Jackie Onassis. Jacqueline Kennedy is her name then, of course.

Anyway, it was an observation, because you don’t see this. And that episode has been controversial because people — remember, it’s produced by a bunch of Brits. And so the writer, “How dare you portray President Kennedy in that way?” “Well, we want to tell the entire story from the perspective of the queen,” not officially. This is not officially related to Buckingham Palace at all, but there are attempts to make it historically accurate.

And they do not, in this episode , they do not hide the fact that King Edward, the guy that had to abdicate, was a Nazi! He was a Nazi collaborator. He had meetings and dinners with Hitler and so forth. And after the episode runs, for people watching this who may not believe it, they’ve got photos from the archives of the actual king reviewing German troops with Hitler and being welcomed to whatever place they’re going to by Hitler, just in case viewers, “What are you doing to the memory of our great king?”

I mean, they’re exposing a lot of things in this series that have not been exposed in public consumption media. But, anyway, back to the Economic Club of New York. JFK had inherited a postwar boom from Eisenhower but it was starting to peter out, and JFK had the idea to ignite the economy with tax cuts, and we got hold of the speech he made to the Economic Club of New York.

When I heard these I was blown away. I didn’t know anything about this side of JFK. Growing up, JFK had always been, to me, just a Democrat, which meant he was a liberal. He would not be welcome in today’s Democrat Party, for this speech alone that he made to the Economic Club of New York.

So over the years whenever taxes has come up we have gone back to the archives and played excerpts of this speech that JFK made, and we played ’em on Rush Limbaugh the TV show as part of an ongoing, never-ending effort to educate people about tax cuts and the truth regarding them, and particularly what happens when you reduce marginal rates.

Well, there is a PAC or a group here that has incorporated some of the remarks JFK made in that speech into an ad. This is the Committee to Unleash Prosperity and the Freedom Works Foundation. They’ve released a new ad that features some of the things that JFK said in this speech to the Economic Club of New York in 1962. And this ad is to facilitate public understanding of the Trump and Republican tax cut bill.

ANNOUNCER: Remember when Democrats knew cutting taxes creates jobs? They should listen to President Kennedy, who in 1962 said this.

KENNEDY: We can take the proper actions in the proper time. This can be the most important step we could take to prevent another recession. That is the right kind of a tax cut, both for your family budget and the national budget, resulting from a permanent basic reform and reduction in our rate structure, a creative tax cut creating more jobs and income and eventually more revenue. Every dollar released from taxation that is spent or invested will help create a new job and a new salary. And these new jobs and new salaries can create other jobs and other salaries. 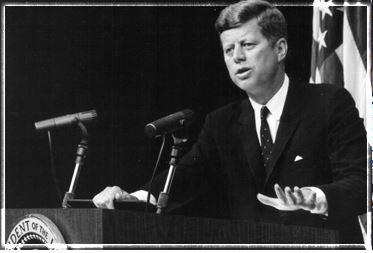 RUSH: It’s really effective, because that is JFK, and that was from his speech at the Economic Club of New York in 1962. And he even went through the details that you think you’re listening to a precursor of Ronaldus Magnus with a detailed explanation of what happens when you reduce marginal rates, and that’s what he was talking about here.

It’s actually a great way of explaining. Every dollar released from taxation that is spent or invested will help create a new job and new salary. That was JFK’s way of saying keep more money in the economy, and people in the economy will use it to improve themselves. They’ll add employees to their businesses. Thee invest in their businesses. They’ll create more taxpayers by being able to keep more of what they earn, and even with rate reductions with more taxpayers you have increased revenue to the Treasury by reducing everybody’s rates at the margin. And every dollar released from taxation. It’s just a great way of saying every dollar not taken by Washington.

In fact, I remember, this happened twice. Senator Ted Kennedy was walking into the Senate one day and there’s a gaggle of reporters around him, as there always were. And somebody said, “What do you think about what Rush Limbaugh said?” And Kennedy, “Ah.” Pooh-poohed it, waved the reporter away, don’t have time for it. But the second time it happened, somebody asked Ted Kennedy about my playing JFK’s New York Economic Club speech in 1962, and he got angry about it. There is no way, there simply is not a Democrat today who will say what JFK said. This is a precursor to Reagan.

I hope the ad’s effective. It’s gonna require people being facile on who Kennedy was, and he was assassinated in 1963. But I think, as it’s put together, is extremely effective. And there are a lot of people trying to make this happen. So, anyway, be on the lookout. You’re going to probably hearing that ad or seeing that ad all over cable news.