RUSH: The email from Glenn Reynolds, Instapundit, law professor, University of Tennessee. Subject matter: “Rush, it looks like Lisa Page, with whom Peter Strzok had an extramarital affair, may have been involved in approving his FISA requests.” 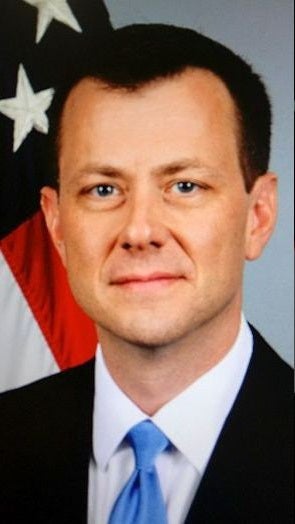 Now, Strzok is on Mueller’s team. And all these people are ardent anti-Trumpers. They have all been working with Fusion GPS, many of them have, and its author, Christopher Steele, on this fake and phony Trump dossier. The question now, to cut to the chase of all this, is this Trump dossier what the Obama administration used to get a FISA warrant to surveil the Trump campaign in October?

And if that’s true, that is bombshell, because the thing is nothing more than a Democrat Party opposition research project. Hillary Clinton worked with the Russians and paid for this dossier to be created and written. And it has been presented to everybody as though it’s legitimate intelligence, the result of legitimate intelligence gathering. And it isn’t. This is the dossier with the golden showers story in it.

So we have learned that Peter Strzok was having an extramarital affair with somebody else. Her name is Lisa Page. And it looks like Lisa Page may have been involved in approving Strzok’s FISA requests. So Glenn’s email to me says he asked the special counsel press office to confirm or deny, and they said no comment. And then there is a link here at PJ Media/Instapundit. Our astute website people will find the link.

“So I just had an interesting email exchange with the special counsel press office.” This is what Glenn said. “I’m hearing from a source that Lisa Page was involved in approving Peter Strzok’s warrant requests to the FISC and possibly elsewhere. Can you confirm or deny if this was the case? And please tell me what her job title and function are in your office. Thanks.”

Special counsel’s reply via spokesman Joshua Stueve: “Lisa Page, who was an attorney on detail to the Special Counsel’s office, returned to the FBI’s Office of the General Counsel in mid-July.”

Glenn Reynolds: “Thank you but that doesn’t answer my question. What role did Lisa Page have in the handling of warrant applications, and in particular those involving Peter Strzok?” with whom she was having an illicit extramarital affair. And the spokesman from the special counsel’s office said, “I’ll decline to comment further.”

Lisa Page, remember, is the FBI lawyer with whom Strzok was having an extramarital affair and exchanging anti-Trump texts to the tune of 10,000 of them. I haven’t had a chance to get to it today, but Victor Davis Hanson has a piece at National Review Online. And nothing that you haven’t heard mentioned before, but it’s a fabulous structure, a composition of these details in the way he has written his column here. I’m gonna instruct Koko to link to it so that you’ll find an easy way to it. It would take me too long to read it. I haven’t the time to do so. But it is really, really well done. I mean, it blows holes through every claim that is coming out of the special counsel’s office and the media.