RUSH: Wooster, Ohio. This is Joe and welcome, sir. Great you have to here.

CALLER: Thanks, Rush. I got three quick points. One, I wanted to let you know I’ve watched your show back in ’94 and ’95 on TV and just two days ago I joined Rush 24/7 on an annual basis so I get to see more Rush. 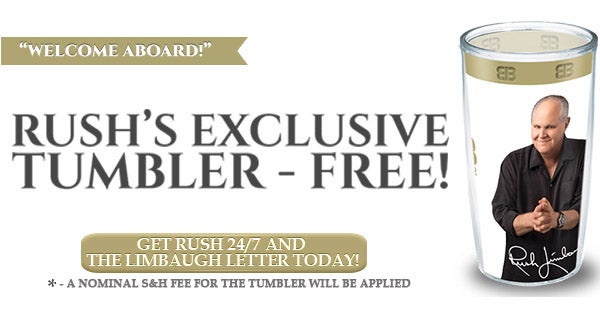 RUSH: Well, thank you very much. I appreciate that, sir. Congratulations. It’s such a wise decision and expenditure.

CALLER: Well, I think so. It leads me to my second point. If you think you look good on Dittocam, try taking an iPhone and plugging it into a projector, because I watch you on 130-inch screen every night.

RUSH: Wait a minute. Say that again. You think I’d look better on an iPhone instead of the Dittocam? Is that what you’re saying?

RUSH: Ha! Is that a projector or an actual TV?

RUSH: All right. I’ll exempt you because we’re short of time.

RUSH: Get to your next point.

CALLER: Yeah. The closeness of last night’s election. I think it tells me that this wasn’t a rejection of the ideology of the Republican Party, just a rejection, really, of the candidate that was chosen. So I think our party will be fine. I just think that we had the wrong guy propped up.

I’m gonna tell you: If you’re in politics and you’ve ever looked at a woman the wrong way you can expect a woman, at some point, to go public and say so. In fact, because of the success Democrats had with this, it’s entirely possible that men who haven’t done a single thing in terms of mistreating a woman, abusing her or harassing her are still nevertheless going to be accused of it. It has become a political tactic. We have now had…

This is a point that I made yesterday. We have now had something that is a genuinely serious thing in its own right, in its own contained universe, sexual harassment… The use of sexual harassment and the mistreatment of women or others in the workplace is a legitimate thing. But it’s now just been corrupted and weaponized and made to look like a political opposition-research weapon. And that’s exactly what’s happened.

And so anybody can see. And you can see that when one of these allegations is made, the women are believed, and the men who are accused are not. Which means the men have to prove a negative, and the accusers don’t have prove anything. That is a powerful weapon the Democrats have decided to use. And believe me, as we speak, they are behind closed doors creating further stratagems using this. And they are picking their targets. And you’re gonna see more of it, I predict.

RUSH: Jessica Fletcher was the character that Angela Lansbury played on Murder, She Wrote. I confused it with Miss Marple, Agatha Christie character.

RUSH: Bob in Lyndon, Michigan. You’re next. It’s great to have you here. How are you doing?

CALLER: Hi, Rush. Talking to you is the next best thing to talking to our president.

RUSH: It is free. Exactly. We’re paying for everything that might cost you money here, that’s exactly right.

CALLER: Rush, I’m deeply disturbed that there’s been so little coverage of decades of good, gentlemanly decorum, behavior of a guy like Roy Moore. And I’m thinking exactly what does it take for a guy to be exonerated from judgment that’s poor earlier in life. The guy’s been around crowds, he’s been around children — 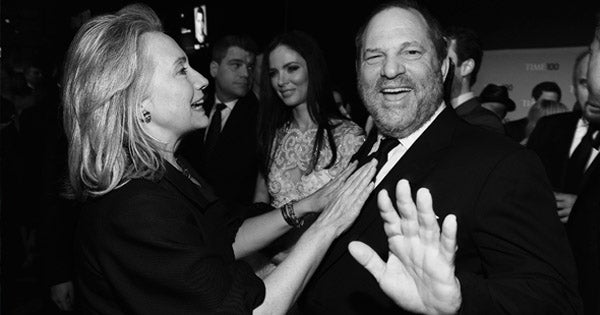 CALLER: So, Rush, you’re telling me that I shouldn’t run for office if I did something as a teenager and I’m 60 years old and —

RUSH: I’m telling you if you didn’t do something as a teenager and if nothing ever happened to you as a teenager, and you want to run for an office the Democrats think is theirs, be ready for a woman you never heard of to step forward and claim that you tried to ram your tongue down her throat.

CALLER: Well, this is quite a world we live in. I’m just terribly —

RUSH: And you better be able to find a way to prove that your tongue has never been where they say it went.

CALLER: This is so disturbing —

CALLER: That’d be just, I mean, we’re in trouble.

RUSH: And then when it happens you better be prepared for the Republican establishment to start saying what a reprobate you are.

CALLER: Yeah, you are right. You got that nailed.

RUSH: I usually do. It’s a serious thing. You’re asking a serious question. How does somebody defend themselves against something that happened when they were teenager or 25 or 30 years old when they’re now 65 or 70, it really depends who you are. It depends if you have charisma, depends if you’re likable, depends if you’re liberal Democrat, and it depends on how much money they’re willing to pay the woman. Now, the scenario you’re asking it didn’t happen. That’s the context in which I’m answering this: It didn’t happen. None of that applies to this.

RUSH: Folks, the Democrats didn’t treat Mitt Romney any differently than they treated Roy Moore. Of Romney they said he was a tax cheat, didn’t pay his taxes for 10 years, and a murderer. He didn’t care that the wife of an employee of his died. It’s what they do.