RUSH: So Mr. Newt posted this on Facebook yesterday. The other thing I’m thinking about doing, I was perusing the Drudge Report last night, just the headlines, overcome by it, so I printed it out. I’m gonna run through some of this headline by headline and share with you my take on it. But here are three headlines from the Drudge Report that set up the Newt Gingrich Facebook post.

“Democrats Predict Wave Election.” And they are. The Democrats think 2018 is in the bag and that they’re gonna win something like 60 seats in the House. It’s a wave. They’re not gonna lose any ground in the Senate. They may take the Senate. They’re definitely taking the House back. This is what they think.

“In New Jersey, an unpopular Republican governor doomed the GOP candidate to a decisive defeat with only 42% of the votes. Despite this outcome, legislative elections were essentially a draw. The FiveThirtyEight.com website estimates the current generic ballot is now 47.2% Democrat, 37.5% Republican. If it stabilizes at that level, meaning if it holds, 2018 will be a disaster for Republicans.”

It was six months ago, nine months ago Newt Gingrich was on a high that was breathtaking to see. Newt, and he wasn’t the only one, I mean, but all kinds of people were on a high. Trump had won, it was a new day, we’re gonna tell the establishment what is and what-for and we’re gonna start draining the swamp, and it was very, very heady days. And now just a few months later, FiveThirtyEight.com estimates the current generic ballot 47.2% Democrat, 37.5% Republican. If that holds, 2018 is a disaster for Republicans.

Then he adds to it. He says, “You Republicans who take comfort from the special elections in the House that the Republicans won –” there were five of them “– should look carefully at the details. It’s not as good as you think. Every special election the GOP has won since the 2016 elections has involved districts which are either strongly Republican or voted for President Trump. Despite massive spending by various Republican groups, these victories have all been smaller than the 2016 margins in the same districts. 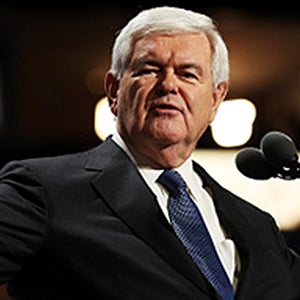 “In both Alabama and Virginia, the Democrats were energized, and they turned out. Meanwhile, Republicans are divided. Alabama was a GOP civil war. Many Republicans are unhappy with their leaders in Washington, and independents are being alienated by both the president and congressional Republicans. As a first step back from the edge of disaster, Republicans must pass tax cuts by the end of this year and continue economic growth.”

Again, it’s a Drive-By Media poll, so it’s questionable. It’s not the only one. It’s just the worst. But there are a lot of other polls that show that there is not majority support in the country for tax cuts. Did you ever think you would see that day? Did you ever think you would see 26% in favor of tax cuts? And these are, for the most part, they are real tax cuts. They are substantive tax cuts. These rate reductions are real. The expanded automatic exemption is real, expanded standard deduction is real.

The corporate rate cut from 35% to 21% is real. But as much as corporations have been demonized, I can see where people might not like that. So I don’t even know. I mean, Newt says here, “As a first step back from the edge of disaster, Republicans must pass tax cuts by the end of this year…” Now, if you believe the polls, passing tax cuts might be a bad thing for the Republicans to do, if you believe the polls. And you know how that town follows polls.

Mr. Newt says, “Republicans need to spend January developing a new strategy capable of changing current patterns and maximizing their chance to keep the House. They also must increase their Senate majority by five or six, so it will be strong enough to keep the majority in 2020 when the playing field will favor Democrats. Every Republican, beginning with the president and vice president, needs to understand what a disaster Speaker Nancy Pelosi and Senate Majority Leader Chuck Schumer would be” as majority leaders.

Now, that’s pretty pessimistic. What a plunge from the heady days of a couple, three months after the election — and, of course, during the transition. What a plummet! Now, let me go through some of these Drudge headlines. You know, you see the Drudge Report every day and you skim through it. You click on some links; you pass others up. But I just looked at the sum total of the links here of the news in America as reflected by links on the Drudge Report. The lede when I happened to look, when I printed this out:

“USA Cyber Soldiers to Battlefield.” I didn’t click on it, don’t know what it means, but it’s the lede. “Russell Simmons Accused of Rape by Three Women.” Russell Simmons of Def Jam, whatever. Have you seen the details of this? Holy smokes, folks! This guy, the details of these rapes in the New York Times? This is near Weinstein territory. Russell Simmons! Everybody loves Russell Simmons. I mean… Well, he had one of those engaging, charismatic personalities. He’s always been a dyed-in-the-wool leftist Democrat.

But the details of this story in the New York Times are just… I mean, it is brutal, forcible, against-their-will, damaging, injurious rape. “More Sex Misconduct Claims Against Mogul.” That’s a subheadline for Russell Simmons. “Salma Hayek: Weinstein Is My Monster, Too, Threatened Murder.” Salma Hayek says Weinstein threatened to kill her! “PBS Suspends Tavis Smiley After Troubling Allegations.” Tavis Smiley of PBS! He’s a good friend of Cornel West out there. These guys had their national end-poverty tour, and he goes from that to being massively accused of sexual harassment.

He’s denying it. But he’s out. And he’s a PBS guy. I got to thinking: Can I give you a list here of the Tavis Smiley — and we’ve got sound bites of Smiley. They’re all over the place here. I’m not gonna be able to find them, I don’t think. (interruption) No. 15 is it. Well, have ’em standing by. I want to give you a list of names — men at PBS and NPR — who have been accused of sexual harassment. These are the guys that have been lecturing us for years about morality and what’s proper and women’s rights. This is a partial list of men at PBS and NPR accused of sexual harassment:

“Five Million Americans in Default on Student Loans.” “USA Today Unloads on Trump: ‘Unfit to Clean Toilets in Obama’s Presidential Library.'” “Study: Artificial Sweeteners Stimulate Fat Growth.” “Giant Penguin the Size of Fully Grown Man Found [Somewhere].” “Roger Stone Writing Book on Trump’s Downfall.” Roger Stone’s writing a book on how Trump’s gonna be driven out of office. He says he hopes he never has to publish it but he’s writing it ’cause he says it’s happening.

“Deputy Attorney General Says No Cause for Firing Mueller.” “New York Governor Scolds Female Reporter for Disservice to Women After Sex Harassment Question.” “Schumer Calls Cops Amid Fake Scandal, Forgery That Plagiarized Conyers’ Complaint.” “Democrat Lawmaker: Women’s Clothing Invitation to Harassment; Condemns Congressional Cleavage.” That would be Marcy Kaptur. We had that one yesterday. A steady diet of this stuff and you think your world’s falling apart on you.