An Informative Explanation of Zero-Rating

Zero-rating, when I tell you what it is, you’re gonna say, “Why do they call it that?” and you’ll be entirely justified. Now, let me tell you what it is. Let me first tell you that the left hates it. They despise it. They want net neutrality to “fix” it. The thing is, it happened within the last two years. It happened during Obama’s net neutrality regulation. The very thing — one of the very things — the left hates and thinks net neutrality will stop, happened and it happened wonderfully. To explain zero-rating, let’s start with a reality. The reality is that streaming video is the future.

You don’t need one of those for CBS All Access. But with ESPN, you can’t stream anything they do unless you also subscribe to cable or satellite. ESPN will not be able to survive this way. But that’s a different story. The focus here is the future is streaming. It is theorized that cable TV, in 20 to 25 years, will not exist as we know it, that there will be that much attrition, people abandoning it in favor of streaming video. They’ll have different packages they can buy, a la carte.

But DirecTV Now is, for all intents and purposes, first. I signed up. You know when it comes in handy? I’m a satellite subscriber, too, which is relevant to the story. It comes in handy when there’s a thunderstorm here and you can’t get satellite. So we’ll just fire up Fox News or whatever I want on DirecTV Now. I can watch it on the airplane, I can watch it at home, I can watch it on a laptop computer. And if I want to beam it to the TV with AirPlay or something, I can do it. I don’t, but the opportunity is there. I haven’t canceled satellite or cable. I use both.

But I’m a rarity in that regard. So here’s DirecTV Now, the new offering, the new streaming service. There are three different price tiers that you can buy, based on how many channels you want. Thirty-five, 65, or everything. Those are the number of channels. The prices are pretty comparable to what cable prices are. They’re a little cheaper. And they’ve added Showtime. They’ve added HBO. These are add-on options you can buy — and as time went on, they offered local stations in your market. The one holdout is CBS.

DirecTV Now does not offer CBS because CBS provides it their own selves on their own CBS All Access app. But you can get ABC, Fox, and NBC on DirecTV Now. So since AT&T owns DirecTV, they decided on a promotion to lure people in to signing up to DirecTV Now, the streaming service. And they said, “If you are a DirecTV subscriber, we will not charge you any of your data usage when you use DirecTV Now. When you stream, when you use our streaming service, if you’re a DirecTV subscriber, we won’t charge you for the data you use.”

But these little crumb-heads come in here, and they want that proclaimed unfair. That’s a hell of a deal, if you’re an AT&T subscriber for your cell service, and you also have DirecTV, then you will not be charged the data you use for streaming AT&T streaming service, DirecTV Now. That’s a hell of a deal, is it not? And they want the government to be able to come in and stop that. “That’s not neutrality. That’s not equality.”

The next thing you know, they’ll go after Amazon for underselling what you can get at Walmart. “It isn’t fair.” I mean, where does that kind of thinking stop? Everything must be the same price? Everything must be available to everybody? But you had a bunch of Verizon subscribers in the tech community and T-Mobile subscribers (whining), “It’s not fair! It’s not fair! Why should I have to pay for data and they don’t?”

Well, if it means that much to you cancel your Verizon and sign up for AT&T.

“But I have to sign up with AT&T if I’m gonna get no data charges on streaming.”

Yeah, well, you hate AT&T. What are you gonna do?

“I guess I’ll stick with T-Mobile and just continue to complain.”

So zero-rating. Of course, the name tells you nothing of what it means. But it is competitive advantage. AT&T invested in whatever’s necessary to provide a streaming service. They purchased DirecTV from Rupert Murdoch. So now AT&T is their phone network, their cell network, and DirecTV, satellite TV, and DirecTV Now streaming. They want as many people as they can get using these things.

And that’s one of the sales pitches. And when I came across it, I was stunned when I encountered the anger over this in the tech-journalism community. I mean, they were livid about this! But here’s the interesting thing. This happened in the last year and a half, right in the middle of Obama’s net neutrality. It happened precisely when it was not supposed to be able to happen. It happened while under Obama’s net neutrality, heavy-handed regulation scheme.

And what they wanted was somebody to be able to go to some arbitrator and lodge a complaint against AT&T and to make ’em stop this ’cause it’s unfair. They wanted net neutrality rules to enable them to shut down AT&T’s use of zero-rating. By the way, AT&T’s not the only outfit that does zero-rating. Zero-rating is a name that describes a certain strategy, sales strategy. It’s no different than, you know, buy one, get one free like with the Clintons.

It’s no different than any other attempt that an entity selling things will try to make it attractive to as many customers as possible. But here come these clowns who weren’t AT&T subscribers thinking they were being discriminated against, and so we needed Obama and net neutrality to correct that wrong, to stop this discrimination.

Now, I’m sitting here thinking, as I explain this, that virtually everybody in this audience will understand and side with me on this. But I’ll guarantee you there are people out there, Snerdley, listening who think that AT&T ought to be strung up and shot for this. That they think it’s woefully unfair, it’s not right that people who don’t subscribe to AT&T can’t get that deal. 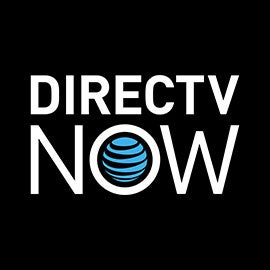 Well, look at the cars people buy. Some cars offer things free, dashboard electronic devices, services, gizmos. You get what you pay for, and big customers get discounts. It’s always been the case in virtually — look at insurance. The larger the group, the cheaper the premium. Volume sales. Nothing’s changed here, other than AT&T using its advantage and its arsenal. And, by the way, DirecTV Now is up to two million subscribers. They are ahead of where they want to be largely because I’ve been promoting them here and there.

But look, Randall Stephenson is the CEO of AT&T. He’s got some good people. Look, everybody complains about their cell service. Verizon customers complain about it. I have AT&T. There are spots near where I live that it goes dead. And if you travel internationally, you would not believe cell coverage and cell service is so much better and so much faster. Go to Europe, go to Paris, go to any number of places, be stunned.

You know, you go someplace, let’s say you arrive in Paris, you hit 10,000 feet, you get your cell signal on your phone. You have to be 1,200 feet flying into Palm Beach International before you can get cell signal on your phone, I don’t care what carrier you’ve got. Everybody that travels internationally comes back and remarks how much better cell service is over there than here. Why is that?

Oh, speaking of this. There’s a news story today — glad I remembered this — AT&T has begun a giant research project and a test with the state of Georgia’s power company. And what they want to do is be able to deliver gigabyte Ethernet over existing power lines so that they wouldn’t have to run any more cable, you know, fiber underground to neighborhoods and so forth.

They’ve been testing this around the world. They’re starting to test it here in the United States. It’s called giga big or giga something, I don’t have it in front of me. But it’s a fascinating concept. Find a way to have these power lines already carrying electricity to various places to broadcast Wi-Fi and cellular signals, basically cellular at certain frequencies ’cause power lines are everywhere. You wouldn’t need any cell towers, wouldn’t matter how close you were to a cell tower, you would have constant cellular strength. And AT&T is working on this.

Now, if Verizon doesn’t do it or T-Mobile doesn’t do it, are the net neutrality boys gonna come along and say it’s not fair? Let’s say AT&T rolls it out first, let’s say they succeed at this and if you want this you gotta sign up with AT&T. The net neutrality boys, “It’s not fair, it’s not fair. I’m Verizon and I can’t get cellular service like AT&T.” That’s not the greatest example, but this is the way they think, and they want government to equalize all this and take away competitive advantage ’cause it’s not fair, ’cause not everybody signs up with the same supplier.

Now, I just happened to notice this story. Where I live they’re now burying our electricity wires. So if they turn this on, it won’t help me, the wires are gonna be underground. They’re doing this because of hurricanes and winds so that you don’t have power outages. Like New York. Well, they gotta start somewhere. Gotta start somewhere, Snerdley. They’ll get to your neighborhood eventually. They’re doing it in my neighborhood now. But they’re not gonna turn it on for years. It’s gonna take years to get all this buried.