RUSH: We go to Fort Wayne, Indiana. Hey, Don. Great to have you. I’m really glad you waited.

CALLER: Thank you. Hey. Longtime listener, first-time caller. Thanks for taking my call.

CALLER: My question is, with all this sexual harassment that’s been going on, why do you think Jimmy Kimmel is getting a pass from doing The Man Show back in 1999? 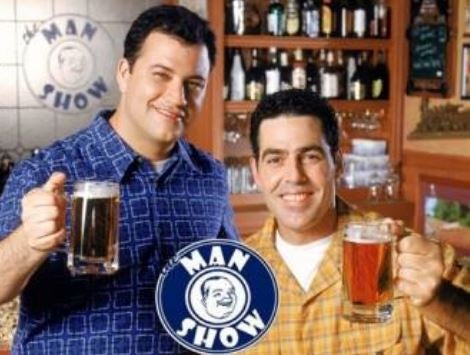 RUSH: Well, because that was like 18 years ago, and it was entirely different. Back then, these comedians were funny, and back then there wasn’t this heightened political pressure. Back then, the left hadn’t gotten hold of the issue and politicized it. Back then, the sexes could laugh at one another. Well, there was… It did have some relationship to Clinton-Lewinsky. The Man Show did have some relatability to that, which is one of the things that made it endearing. But that’s a long time ago. Are you expecting somebody to go back in time and try to hold Jimmy Kimmel accountable for some of the things he said and did on that show?

CALLER: Well, yeah, you think it’d be — and the keyword would be “fair.” But, yeah, that wouldn’t be a bad idea.

RUSH: I get your thinking. “If we’re gonna go back and re-hammer Slick Willie over Lewinsky, which is 1997, how come the guys on The Man Show are getting a pass?” Ah, it was a TV show. Speaking of which… You know, everybody today is reminding me of something. There’s a story this week in Variety. Thank you for the call out there, Don. I appreciate it. There’s a story in Variety about a former production assistant at the Today show, and her name…

It’s another one of these things where I thought I had it right in front of me and I don’t. Maybe… (interruption) Yeah, yeah, yeah, yeah. (interruption) No, that’s ESPN. More sexual harassment at ESPN. John Buccigross. Can you believe that? Do you know who this guy is? Some of these guys… (sigh) I’d better not say anything else. Yeah, two more guys at ESPN have been charged. This story… Addie Collins is her name, and she told her story to Variety. The headline: “Inside Matt Lauer’s Secret Relationship with a Today Production Assistant.”

And it begins in 1999, when — speaking of which — The Man Show was big on Comedy Central. Quick, who was Kimmel’s cohost on The Man Show? (interruption) Way to go! Way to go! The broadcast engineer gets if right! Adam Carolla! That show had its moments; I have to admit. “In 1999, Addie Collins arrived at NBC’s ‘Today’ as a young intern with big aspirations. A few months later, she landed her dream job as production assistant, forming close bonds with her new colleagues Katie Couric, Ann Curry and Al Roker.

“But Matt Lauer kept more of a professional distance — until Collins (who now goes by her married last name Zinone) was ready to leave the show. One day in July 2000, [Matt Lauer] invited her to lunch, which Zinone thought would be a chance to ask him for career advice,” but it wasn’t. He just wanted to “hit on” her. Now, she makes the point that this was a completely consensual relationship, they met in his office where he locked the door with the button under the desk, and they met in restrooms at restaurants, and they had their little fling.

But the point is that she thought she was the only one until all of this surfaced about Matt Lauer, and now she realizes she wasn’t by any means the only one, and the story is all about how this ruined her life. This woman finally served her internship at NBC, got a real job at NBC, and because of this affair with Matt Lauer… She was so shaken up by it, because she learned for him it was just “a piece.” She was romantically and with her heart invested. 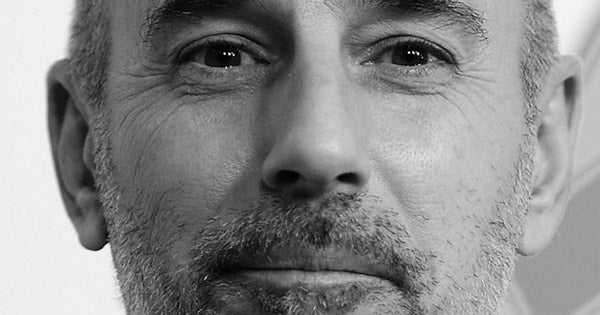 She thought there was a relationship. He, of course, thought she was just a skirt. (interruption) Now, wait a minute! Wait a minute, now! This is what she’s writing about. There’s a lesson to be learned here if you just be patient and let me finish with this. She was so shaken up by this, she went to West Virginia, because she finally figured out that if she was gonna be Katie Couric, she couldn’t get there being an intern or an assistant. She was gonna have to get on the air.

So she went back (her home state’s West Virginia) and she got a job. She’s a news anchor, but it didn’t go, ’cause she never got over what Matt Lauer did to her. Even though it was consensual, she never got over it. She felt like a piece of trash. She felt all kinds of bad. She joined the military and had two tours in Iraq trying to find herself. She came back, she’s gotten married, and she’s now doing something else. And she went public with this only after this endless parade of women who’ve been harassed by Matt Lauer.

Again, she’s not alleging she was harassed. It was consensual. But she had the toughest time dealing with the fact that he was not emotionally invested/attached at all. And you know what the lesson is? Well, there are many, I grant you. But what have we been told for decades now by the feminists, and what have young women been told for decades now by the feminists? (interruption) All of that, but we’ve been told now that women are like men and the discrimination against women all these years is the fact that they’ve been treated like women.

“It’s time now to treat women like men. They’re the same and should be treated as such. Women should and could be like men in the workforce. They can have it all. They can have the career, they can climb the corporate ladder, and they can be Susie Homemaker and Betty Crocker at home at the same time and have a totally fulfilled life. They can have it all!” And, furthermore, sex for women could be just like it was for men: A series of random quickies in the bathroom or with a guy in the office. Satisfying! Fun! But no commitment. No big deal.

Feminism said, “Do not tie yourself to a man.” Feminism said, “Do not make your happiness dependent on a relationship,” right? Here is a prime target, Addie Collins — a prime target for the modern teachings of feminism — and it all turns out to be lies. Women are not like men. And what this story makes clear to me, in her case: She is devastated by the random sex. She is devastated. She was thinking… The way to put this is, in her case, how devastating random sex without any kind of a relationship or trust or commitment was to her.

So this hookup business? Fine for men — and you women, you can do it too! Don’t worry about it. But it just doesn’t work that way. That’s what the lessons are to me in this. Now, some of you may ask, “Rush, what is she complaining about? It was consensual. Come on! Is the guy supposed to fall in love with everybody? What…? Isn’t she supposed to figure it out? This is Matt Lauer. If he’s already cheating on his wife with you, what the hell are you expecting?”

RUSH: Snerdley, I think you’re going nuts here. It’s unnecessary. Snerdley still can’t believe this woman that wrote the story about Matt Lauer. I’m telling you, if you’re looking for the answer for this, you’ll find it in feminism.

Women were told they could be just like men. Women were told they would not be making commodities of themselves if they do hookups like men do. And it turns out that’s not true. That’s all this story means. All the story means, Snerdley, when you get right down to it, is that feminism’s been a pack of lies. That human nature is what it is. And she’s disappointed because she thought something other than what happened would happen.