RUSH: Now, yesterday I spent some time on this program recounting the positive accomplishments of Trump administration this year — and it’s the only year and it’s significant — and the resulting boom economically and culturally, immigration, border-wise. I want to do it again today, but using someone else. Rich Lowry, National Review Online: “Trump’s First Year Starting to Look Like a Big Win.”

Now, I’m not typecasting Lowry. I’m just telling you that this comes from a sector of the news media that never thought that was gonna happen, that only somebody like Jeb or Ted Cruz could deliver something like this. But Lowry nails this. “As the year ends, President Donald Trump is compiling a solid record of accomplishment. Much of it is unilateral, dependent on extensive executive actions rolling back President Barack Obama’s regulations, impressive judicial appointments,” as good or better than any conservative president would put forth, “and the successful fight against ISIS,” which was never gonna be won with Obama in charge of it.

“The tax bill is the significant legislative achievement that heretofore had been missing,” and yet here it is. “It’s hard to see,” writes Mr. Lowry, “how a conventional Republican president would have done much better, except if he had managed to get Obamacare repealed, which was always going to be a dicey proposition given the narrow Republican majority in the Senate.” Well, let me just give him a hint: This tax bill repeals the Obamacare individual mandate. That strips the guts out of Obamacare. The mandate requiring you as a matter of law to go out and buy Obamacare insurance is gonna be gone. With that mandate gone, the guts, the bowels and the colon of Obamacare are stripped away.

RUSH: Back to Rich Lowry. Just a couple more points from his piece today. “The tax cut is big — $1.5 trillion over ten years, and even more if you account for the budgetary gimmicks — and has changes that conservative economists have sought for decades, particularly the lower corporate rate (from 35 to 21%), the move to a territorial tax system (companies would only be taxed on their earnings in the U.S.), and the business expensing,” meaning companies can write off the full cost of the new buildings and equipment and not have to depreciate over thousands and thousands of months.

As I say, folks, in any other Republican president’s hands, conservative Washington would be doing handstands. They’d be begging to be invited to the White House Christmas party. They’d all want to be photographed with the president and first lady at the White House Christmas parties. It’s just… I was gonna say “stunning,” but nothing’s stunning anymore. It’s just sad, this continued opposition not rooted in anything intellectual. “These reforms are arguably as significant on the corporate side as the Reagan reforms of 1981 were on the individual side. 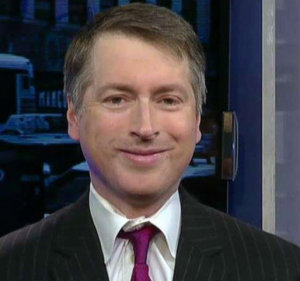 “They stand a good chance to be enduring, too,” or “long-lasting,” for those of you in Rio Linda. “[I]t’s unlikely we are ever going back up to a 35% corporate rate or returning to a worldwide tax system. … But that’s not all. Trump’s “deregulatory apparatus has been in full gear. The Environmental Protection Agency is unspooling … major Obama-era regulations.” We have pulled out of every silly climate agreement at the United Nations.

“The Waters of the United States and the Clean Power Plan that Obama has put us in are gone. The FCC has reversed Obama’s attempt to take over control of the internet.” It’s called net neutrality. “President Obama…” This is another one. “President Obama,” as you well know, “blocked the Keystone pipeline to appease environmentalist [wackos] who vociferously argued that the future of the planet was stake. Trump greenlighted it without a fuss,” and other fracking and other drilling, other pipelines. Trump has authorized them.

As such, the New York Federal Reserve is predicting that we may hit 4% GDP growth in the fourth quarter of this year, which basically has 10 days to go. Nine days. Whatever it is. We’re near the end of the year, near the end of the month. Now, Lowry concludes: “If any Republican would have done much of what Trump has, three acts stand out — pulling out of the Paris accords, decertifying the Iran deal, and declaring Jerusalem the capital of Israel.

“All three demonstrated an imperviousness to polite opinion” i.e., the establishment way of thinking, “that is one of Trump’s signature qualities.” Let’s not forget: “The president also began the process of ending DACA, the Obama amnesty for so-called DREAMers,” and
up next is Trump attacking and eliminating chain migration. You want…? Folks, the stuff that has been done this year, the economic rebound, the pulling this country from the depths of despair and putting it back on a course to make it great again?

It is transformational and phenomenal. So much of this has happened in just one year, and the tax cut passing will put an exclamation point to the end of this. That (although it won’t be reported) is going to send the left into the throes of depression and funk like you think you’re in. They are gonna end up actually being there, and their funk and their depression is gonna be legit because it will be born of the reality that they have been unable to stop Trump from the implementation of his agenda. Yeah, some things.

But you look at the forces arrayed against this president — you look at the projection of power the left has put together and used against this administration — and then you measure what this administration got done. I would be hard-pressed for you to name any other president who could pull off as much of what Trump has pulled off with this kind of opposition. No previous president has known this kind of opposition. No previous president has been the recipient of 91% consistent, negative coverage for over a year.

No previous president has been targeted for destruction by what we call the “deep state,” the administrative, unelected bureaucracy of this country — staffed by career leftists, socialists, liberals, you name it — working in consort with simpaticos at the Drive-By Media. There isn’t a single president in our lifetimes you could name who could have withstood and overcome and triumphed on so much against this kind of opposition, and some are now begrudgingly beginning to recognize it and acknowledge it.