Get Out of the Way! Unforeseen Economic Growth Ahead

RUSH: Steven in Monroe, Connecticut. Back to the phones we go. How are you doing, sir?

CALLER: Well, I was just actually hoping that if anybody can do it, you can address some of my concerns about this tax plan that I’m having. To start off, basically I know they’re doing this under reconciliation, because they can’t get the 60 votes. I think right there is the big problem with this bill. When you’re doing something that’s revenue neutral and you’re giving tax breaks, then you’re shifting money around, essentially. And my biggest concern is if they’re giving such a huge tax break to corporations, which I’m not normally opposed to, but if it has to become revenue neutral, I have not heard anybody talk about where that $1.5 trillion is being made up from in the end. So that’s my big concern. I was hoping you can give me some answers on that. 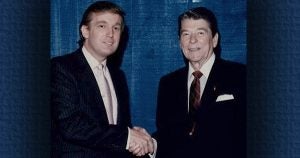 I know people were opposed to Obama. Don’t misunderstand me here. But where was the proportionate concern and outrage over what Obama was doing to the national debt? So we want to oppose this or provide roadblocks to it because there might be a trillion and a half dollars here that we might not be able to come up with the fund because of budget reconciliation and all that.

My attitude on this — and I’ve been saying it all week — I don’t know that there’s a tax cut here when you get right down to it. And I’m probably gonna get beat up for this. But if the government doesn’t lose any money, where is the tax cut? Why should it be revenue neutral? What the hell is so magnificent about revenue neutral? The government, it ought to cost ’em some money. “But, Rush, it’s the deficit that’s costing us money.” Nobody has these concerns when the Democrats do it.

In all of this, the complaints that I’ve had are all focusing on the corporate reduction. So I’m thinking seminar callers here, number one. I think we’ve had three or four of them in a row here. The only thing I’m gonna tell you is what I’ve told you everybody. Get out of the way. There’s gonna be unforecasted economic growth resulting from this that nobody in Washington can accurately predict because they don’t believe in this.

They’ve got themselves so tied up in the idea that cutting taxes is a zero-sum game, that if you cut taxes, Washington is guaranteed to lose money, and, oh, we can’t have that. I think there’s gonna be more economic growth than people are forecasting. I think there’s gonna be more money rolling into the Treasury. They’re already collecting record amounts of tax revenue even before this thing goes into effect. But the bottom line is I’m not gonna fall for some notion that says I or a corporation gets a tax cut and that’s why the government is in trouble. This is a spending problem. It’s their problem, not ours.

RUSH: Mary in Salt Lake City. Thank you for waiting. How are you?

CALLER: I have no doubt that this tax plan is going to be successful. ‘Cause my husband and I lived through the Reagan administration, and we thrived as a couple and the family when he did those tax cuts. And since then it has been difficult for us because of the tax plan that Clinton did. If you remember he did a retroactive tax on us his first year. And we had to cough up $1,800 just to pay our portion of that. And that was very, very difficult, for us to do that. Even Obamacare had hidden taxes, with the health care plan when he dropped the $4,800 flex plan deduction and put it down to $2,000, that was a tax increase on us. But, anyway, I am so happy and ecstatic for this. I’m just one joyful American today and wanted to wish you a Merry Christmas, Rush.

RUSH: Well, I appreciate that. You’re very kind, and I can’t thank you enough. I’m glad you’re out there each day, Mary. And I hope you have a great rest of the year and as many more as you want.

RUSH: By the way, I’m not blowing smoke, folks. I think this has things in it that nobody has the guts to predict on the upside. I’m talking economic growth, individual prosperity, all kinds of good things in it.

RUSH: Well, well, well, well. Look at this. Just in to CNBC: “AT&T has announced that it’s gonna pay a special $1,000 bonus to more than 200,000 AT&T employees in America due to the passage of tax reform and that they will also increase U.S. capital spending by $1 billion.” Now, you know what the left is gonna say. “It’s just a PR thing! They don’t really mean it.” It’s like when David Koch donated $25 million to some hospital in New York.

AT&T, could you put another cell tower closer to where I live? I’m tired to having switch over to Verizon when I’m at home and driving to work. AT&T, while you’re thinking about building a new tower closer to where I live, could you maybe see if you could find some missing Hillary emails with the Russians? I’m not kidding. AT&T is giving a $1,000 bonus to 200,000 AT&T American employees.