See, I think they saw this poll, too, and now the American people think the Mueller investigation’s a bunch of garbage, so it makes it safe to do something that joins the American people who do not side with Mueller. Tapper wants his expert guests here to explain what that could possibly mean. So Tapper says, “That’s a lot of Republicans who see this Russia investigation as just an effort to discredit Trump and not something serious.” 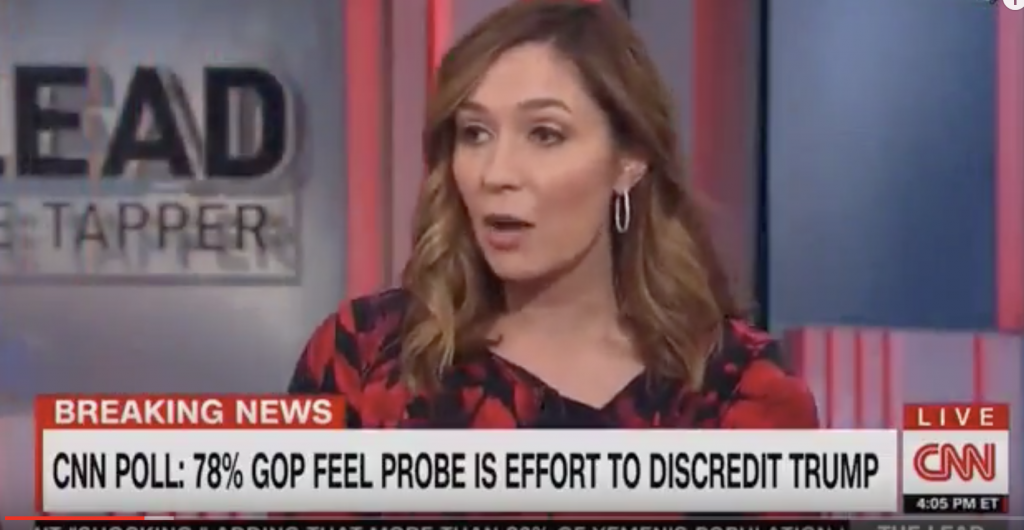 CARPENTER: Yeah, there’s a lot of effort being put into it. If you asked me this a couple of weeks ago, I would say this is mostly in talk radio and conservative media. But I think we’ve turned the corner a little bit, that more Republicans are getting on board. A big effort from Capitol Hill in Washington to, y’know, have a counter to what Mueller is trying to do, if not get rid of him outright.

RUSH: What do you mean “get rid of him”? That’s a made-up Democrat Party headline. There’s not gonna be any firing of Mueller! So talk radio made it up, the fact that Mueller was a bogus investigation. It was talk radio. And I thought that’s all it was, but now all of a sudden she says, “more Republicans are getting on board.” Not because of talk radio! They’re getting on board because after a year and no evidence, the common sense thing to do is to start questioning what the hell is going on!

No evidence, in fact, over a year. No indictments, and the only indictments and arrests and plea deals have to do with things that had nothing with Trump and collusion! The common sense thing to do is to say, “What is going on?” Now, here’s Rebecca Berg, a CNN infobabe. Jake Tapper says, “Rebecca, it’s obviously not just President Trump. Congressman Devin Nunes of California, he’s the chairman of the House Intelligence Committee, he told CNN today that it’s no secret that he is investigating the Justice Department, whether there’s corruption at the Justice Department,” corruption with the Democrats and so forth.

What do you make of this, Rebecca?

BERG: When you look at these numbers of Republicans who are skeptical of the Mueller investigation, when you watch Fox News or listen to conservative talk radio and hear concerns, uh, in those communities on those programs about a, quote-unquote, “deep state” in the Intelligence Committee — concerns that are shared by the president himself — uh, it’s really no surprise that Nunes would be going down this road.

RUSH: Once again, ladies and gentlemen, talk radio credited (or blamed, depending on your perspective) for the fact that more Republicans are now beginning to suspect the integrity of the Mueller investigation. What has taken you so long? I think I can safely speak for you and me — you in the audience and me. To us, this has always been bogus. We know how it started. We know that it was hatched by the Clinton campaign. Let me ask you: