RUSH: I also got a question, an email question, “I don’t understand what you mean by saving battery with a certain kind of screen.” Look, let me go through this very, very quickly. I have found that people, when they learn basic tech things, are fascinated by it. The iPhone X is the first Apple device using a display called OLED, which is organic light emitting diode, is what it means.

Here’s the basic difference. Every iPhone except the iPhone X and most other devices — Samsung uses OLED screens, and they have for a while, but most other screens have a backlight. The whole screen is lit whenever you’re using it. Even the parts of your screen that are black are lit. They just cover those pixels to create the dark or black shades.

But the point is the battery is being used to light the entire display, be it a five and a half inch display, 4.7-inch, four inch, or what have you. And the backlight uses a lot of power. Your display is the number one drain on your battery in a phone. Well, the beauty of OLED is there’s no backlight. An organic light emitting diode means that each pixel lights up as it’s needed. There is no backlight. So only colors on an OLED screen use battery power to display. The blacks don’t use any power because the pixels don’t light up. 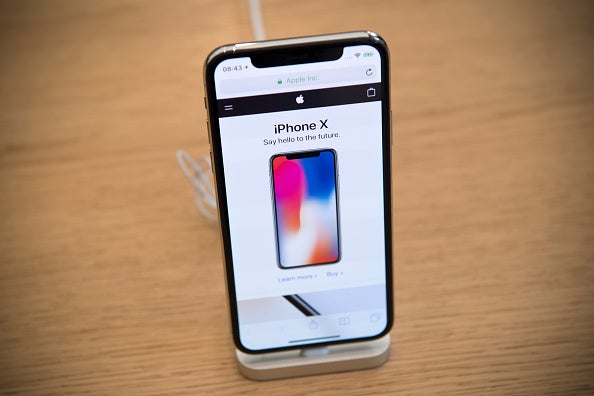 As a result of that, they’re actually deeper black so your screen looks to have more contrast. And that is why, if you have an OLED device and you have a totally black wallpaper, only your app icons light up. You’ll use less battery than if you have a full-fledged, full-color photo of whatever, and then various colors in an OLED screen use more power than others. Blue uses more power than red, than yellow, than green. They’ve studied this, and they know it.

And that’s one of the reasons that Apple went to OLED. A, it’s the future, but B, they had to put a pretty big screen in a small device. They couldn’t get the gigantic battery in there, so they created new battery technology. But that’s a big display to have to light up in a small phone, so they went OLED. And all it means is that the battery is not being used to light up the areas of the display that are black because only colors actually light up, ’cause each pixel provides its own light. That’s what that means.