Millennials Don’t Know They Benefit from the Trump Tax Cut

RUSH: Look at the tax bill. This is one of the clearest illustrations of the really grave circumstances we face.

I have a friend in Kansas. He’s got a daughter — she’s a Millennial — and he asked her, “How much is the tax cut gonna mean to you?” She said, “Nothing. I’m not getting a tax cut. Nobody is.” He said, “What do you mean you’re not gonna get…?” “I’ve seen it on the internet. Nobody’s getting a tax cut.” Remember those early polls that 75, 80% of the American people opposed the tax cut? The media was lying through their teeth, and echoing Democrat Party comments saying that it was a trick. 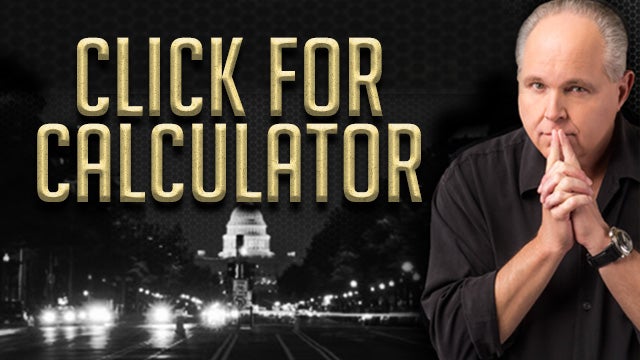 It was only a tax cut for rich and Big Business types and the average American wasn’t gonna get a tax cut at all. So my friend gave his daughter a tax calculator. Koko, we need to put one of these up on our website. It is a way that you can calculate, based on the new tax tables and your income and where you live, what your tax cut will mean to you — dollars-and-cents-wise — every month. Well, it turns out that my friend’s daughter did her calculator trick, and she found out that she was going to net an additional $100 a month — and she was stunned!

She was blown away, because she had seen on the internet that she was gonna be paying more in taxes, and she didn’t even want to run the calculator because she was afraid it was gonna show how much she owed. So there’s no… There are stories from yesterday and today, literal stories the media is reporting about how it’s very bad, but more and more Americans are coming to like the tax cut. More and more Americans are deciding the tax cut is good.

Why in the name of Sam Hill would they even have that thought? Because they did everything they could to lie to the American people about what it was. So now the American people are discovering that they are getting a tax cut and that it is significant, and many others are getting bonused as well. So the polling on the tax cut is now the media’s very worried. It’s over 51% now like the tax cut. 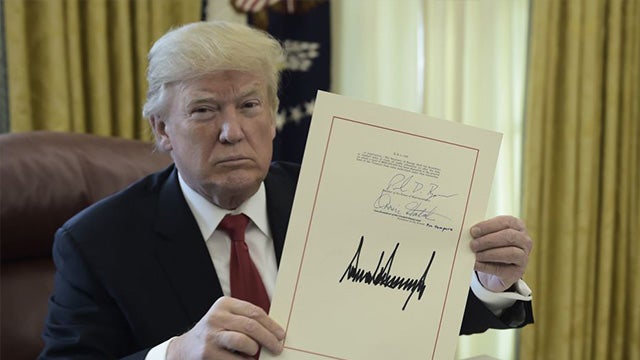 And then there’s a separate poll out today from Rasmussen. Trump’s approval number’s at 48%. Obama’s approval number at this very time in his presidency was 45%. So Trump is doing three percentage points better. My point is the media can lie about this tax cut, and they can convince 75% of the American people that a tax cut is going to cost them money, and people believe it.