Is the Deep State Trying to Scuttle Kushner’s Peace Plan?

RUSH: Folks, these people are doing everything they can to take this government off the rails. They are doing everything they can to prevent the Trump-generated plan from being implemented — despite that the Trump agenda is being implemented, and has been, and it is record-setting in terms of the rate at which accomplishments and achievements are happening. It’s not getting nearly enough play, the successes that Trump has had and the obstacles that he’s up against.

Instead, we get asinine things like this combined with… I think if you add it up, last Thursday and Friday it must have been a grand total of 200 journalists writing, broadcasting the story on all the “chaos” in the Trump White House. Of course, now they’re focusing on Jared Kushner. They’re trying to take Jared Kushner out. And you know one of the reasons they’re doing that? It ties in with Netanyahu’s visit to the White House today. Apparently, ladies and gentlemen, they are close… The Trump administration and whoever else are close to some kind of a peace agreement in the Middle East. 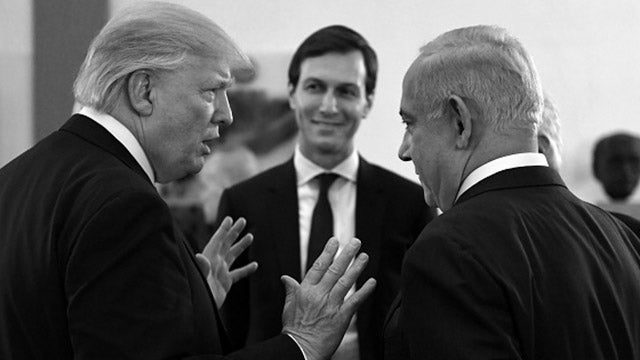 A story here from the Wall Street Journal: “Kushner-led Mideast-Peace Plan Faces Growing Difficulty Even Before Arrival — Trump administration blueprint remains in its nascent stages ahead of Netanyahu’s second White House visit. After nearly a year, a Trump administration effort to devise a blueprint for Middle East peace has yet to materialize and now faces a growing array of obstacles even before it has been unveiled.”

Now, you have to know how to translate this. Let me get to the second paragraph before translating the first. Second paragraph: “White House adviser Jared Kushner, who has been leading the effort, and chief U.S. negotiator Jason Greenblatt have been pressing ahead with what officials describe as a detailed plan that will address core Mideast issues, such as security and borders, after shuttling across the region last year for ideas.

“Secretary of State Rex Tillerson and other officials have said the plan is almost finished and that it will be up to President Donald Trump to decide when to present it. Last month, Messrs. Kushner and Greenblatt met with the United Nations Security Council, but provided no details of the blueprint at the meeting.”

Well, that’s the key. Here we have a story at the Wall Street Journal, they’re close, Trump apparently is close to having a blueprint peace plan to present and Kushner has been instrumental in it. Back to the first paragraph. “After nearly a year, a Trump administration effort to devise a blueprint for Middle East peace has yet to materialize and now faces a growing array of obstacles.”

What this means is: Gulp, gulp, oh, no, Trump may have a plan and we can’t allow that. The Washington establishment — do not doubt me on this. And I don’t know what Trump’s plan is. I’m not privy to anything. I have no idea. But I know how to read this stuff. I’m telling you that it looks to me like the Washington establishment is nearing paranoia and fear that Trump has a Middle East peace plan that could work to some degree.

And the Washington establishment, the deep state, the State Department, all these various establishment entities who have been theoretically trying for Middle East peace for 75 years and have nothing to show for it, they cannot permit this outsider to come in here and have a plan for peace in the Middle East that might actually do something. There will not be peace in the Middle East as long as Donald Trump’s in the White House, is the bottom line. It will not be permitted. They will not have it.

These people don’t want these problems solved. The race industry does not want an end to racism. The Democrat Party does not want gun control this year. They don’t want anything fixed or solved. They want everything left open and controversial. They want to win elections. They don’t want to solve problems. That would take away issues on which to run for office, campaign with and so forth. Trump is not going to be permitted. They couldn’t stop the tax cut. They thought they had stopped the Obamacare repeal. They couldn’t stop the tax cut, but they’re not gonna allow this.

Now, the Trump administration’s got this plan, like the story says, we don’t know what it is, nobody has seen it. That means they’re really holding it tight. But there is one, and the media and the Washington establishment have not been able to get their hands on it yet. They have not seen it. It is driving them nuts. It is referred to numerous times in this piece. And you put that together with the fact last week trying to destroy Jared Kushner and claiming that he was bringing banks in and securing loans for his family in the White House.

They want us to believe that Kushner is that stupid, that he would use his position as Trump’s son-in-law and White House adviser to bring in banks to get loans for the Kushner real estate firm using the power of the White House to do so. They want us to believe these people are so stupid that they would commit crimes like that in plain view of everybody else. And that was all part of the Trump White House in chaos story of two days last week, Thursday and Friday.

And since Kushner has a lot of fingerprints on this plan, apparently, and he’s really, from what I understand, he’s gotten very, very tight with MSB, Mohammed Bin Salman. This is the 36-year-old crown prince Of Saudi Arabia, the Millennial Saudi Arabian. Well, he’s the heir to the throne, he’s gonna get it pretty soon. And he’s allowing women to drive, for example, and a whole bunch of cultural reforms that has ’em using the vapors over there in the king’s palace. 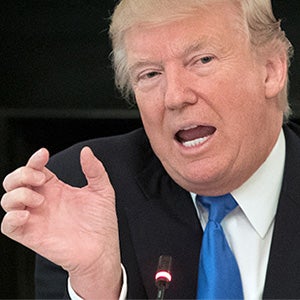 And Kushner has gotten very close were to and the head honchos of the United Arab Emirates. They would be instrumental in any Middle East peace plan, because they have the money. They have money. Not just the money. The last thing, folks, stop and think of how many hours, days, years, have been devoted to coming up with a Middle East peace plan for every president that’s been president in your lifetime. And it’s something that’s eluded all of them.

Now, I believe it’s something that can’t happen with negotiations, but that’s another subject. They are scared to death that Trump has something. Nobody’s seen it. That’s what this story in the Wall Street Journal is all about, “Kushner-led Mideast-Peace Plan Faces Growing Difficulty Even Before Arrival.” Right. They’re trying to kill whatever it is and prevent it from happening because the last thing that they’re gonna permit, if they have anything to say about it, is this administration succeeding at any more. Tax cuts, that’s it. No more the rest of the year. Trump gets nothing. It’s all part of the 2018 midterms and having the Democrats win and then beginning impeachment proceedings.