My Wild Guess on Trump’s Tariffs

RUSH: This is Tom in Mitchell, South Dakota. Tom, I’m really glad you called. How are you doing today, sir?

CALLER: Sunday mornings I’m usually held captive by the local AM radio station while I’m doing chores. They have Meet the Press on, so I tell myself that I listen to it so I can keep up with the talking points, but I’m always disgusted to hear F. Chuck Todd trying to swerve the guest host, whoever he’s talking to — 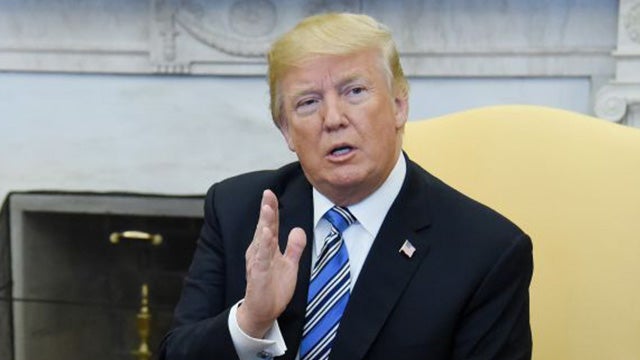 RUSH: Wait a minute. Why are you held captive by the local AM radio station?

CALLER: It’s all I can get on Sunday morning that resembles any type of information about what’s going on in the political world.

CALLER: Yes, sir. And so I’m listening to that, and yesterday morning they had Mr. Ross on, the secretary for the economy I guess.

RUSH: That would be Wilbur Ross as in the Mister Ed’s “Wilbur.” Wilbur Ross, he’s the secretary of the Department of Commerce.

CALLER: Thank you. He definitely wasn’t any puppet, and it was quite refreshing to listen to F. Chuck Todd try to swerve him into telling him what he wanted to hear and for Mr. Ross to tell him exactly how it really was.

RUSH: Was this about tariffs?

CALLER: This was about the tariffs, yes, sir. And he kept trying to get him to say for sure, for sure that Trump was gonna sign off and push these tariffs on the aluminum and the steel. And Ross wouldn’t do it. Ross kept telling him, “I’m telling you when Trump decides what he’s gonna do, that’s what he’s gonna do.” And, I mean, Todd was all over the place just trying to get him to say something that he wanted him to say, not what Ross was going —

RUSH: Well, that’s typical. That’s typical of journalists trying to insert themselves in the story and shaping it so that they can say they did. But what was he trying to get Wilbur to say?

CALLER: Trying to get him to say for sure this is what’s gonna happen, these tariffs are for sure gonna go through, that seemed to be the main push point of the conversation.

RUSH: Well, you know, it was a campaign promise, and it’s all related to trade deals. And Trump thinks that we are just botching trade deals left and right and we’re losing still our rear ends in these things. In his mind and what he says, it’s all about helping the American consumer. I think — this is an uneducated “I think.” This is a wild guess “I think.”

But my wild guess here is that what’s really going on is that Trump is trying to apply pressure on Canada and Mexico for serious renegotiation of NAFTA. And I think the tariffs are a threat. I don’t doubt that he’s serious about them. They are a campaign promise.

RUSH: Here’s Trump today in Washington. Prime Minister Benjamin Netanyahu showed up at the White House. What do you bet that Netanyahu did not have to go in the back door today like he did with Obama? And what do you bet that when he was in there, Trump didn’t say, “Okay. Look. I’m going up to have lunch with Melania. You stay here and you work on it and you get it done and you tell me what we’re gonna do when I get back.” You remember when Obama did that?

Netanyahu and the Israeli delegation came in at dinnertime, Obama sent ’em into some room and said, I’m going up to have dinner, and you better have this fixed when I get back. And like the Dalai Lama, Netanyahu had to come in and leave at the back door. So here’s Trump. And this is while they’re sitting there in the Oval Office next to the fireplace. A reporter, “Mr. President, Mr. President, Mr. President, are you gonna back down on tariffs?”

THE PRESIDENT: No, we’re not backing down. Mexico is — we’ve had a very bad deal with Mexico. Very bad deal with Canada. It’s called NAFTA. Our factories have left our country. Our jobs have left our country. For many years NAFTA’s been a disaster. We are renegotiating NAFTA as I said I would, and if we don’t make a deal I’ll terminate NAFTA. But if I do make a deal which is fair to the workers and to the American people, that would be I would imagine one of the points that we’ll negotiate, will be tariffs on steel for Canada and for Mexico. So we’ll see what happens. But right now, hundred percent, our country on trade has been ripped off by virtually every country in the world, whether it’s friend or enemy. Everybody. China. Russia.

RUSH: Doesn’t sound like he’s kidding around, does it? Sarah Palin today has a piece saying, “What do you mean Trump start a trade war? Trump’s not starting a trade war? He’s gonna try to end one. We’ve been in a trade war for who knows how many years.” Palin’s piece is really pro-Trump.

CALLER: Yes, sir. I have a possible solution to our trade problems that doesn’t include tariffs, that conservatives, liberals, and even the government might applaud. Let’s use steel as an example. If you are in China and you want to sell us some steel, you have to get a U.S. government permit in order to do that. To get that permit, you have to comply with the same environmental issues that a domestic steel plant does, as well as the same OSHA standards that a U.S. steel producer would have to supply. You have to pay for that U.S. government person to come over there to see if you can get a permit. Without a permit, you cannot export steel to the United States.

RUSH: And so your solution is to soak ’em on the permit?

CALLER: — and our OSHA standards that we have to comply with. That’s why our steel is so expensive.

RUSH: I’ve got it. You have come up with a modification of my age-old plan to destroy our enemies by exporting liberalism.

RUSH: You know, let’s export feminism to the ChiComs and have them start dealing with a bunch of bra burners and — 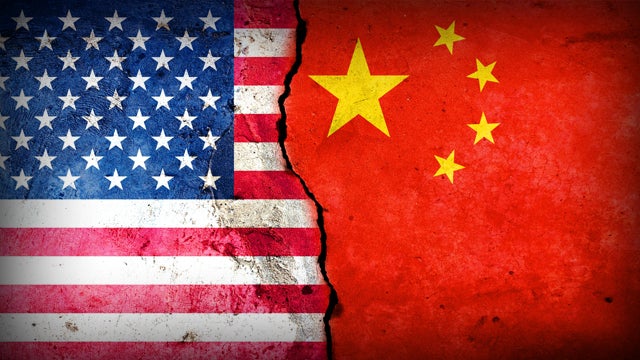 RUSH: — see if they like it and let’s export the environmentalist wackos over there. There is a great idea you’ve got.

RUSH: There’s no way! (chuckling) There’s absolutely no way. Not only couldn’t they, they wouldn’t, as a matter of principle.

RUSH: Yeah, well, they could get it from North Korea.

RUSH: Well, that’s about all the North Korean military is eating, if you want to know the truth is raw corn.

RUSH: I like it. I’ve had a variation of that. Do you think Trump is gonna follow through on the tariffs — and if he does, are you in favor of it?

CALLER: Not necessarily. But I think it’s typical Trump. I mean, you start way beyond (chuckling) where he intends to end up.

RUSH: Yeah. Ask for three times what you want.

CALLER: Oh, whatever. Yeah. But it gets their attention, doesn’t it?

RUSH: Well, it does. Except this was a campaign promise, and it’s right out of the promise playbook, and it ties right in with his thoughts on the disadvantages we put ourselves in with trade. You know what I think the big difference is? Well, it’s hard to specify one. But I think one of the reasons why… Let’s just take tariffs. Trump proposes tariffs, and look at the reaction. I mean, it’s like you’ve poked a bunch of people personally in the eye, and they’re just outraged over it.

But what is it?

In the case of tariffs, we are essentially telling people who compete with us in steel that we are gonna start taxing their steel, and their reaction is predictable. I think up to now, prior to Trump, the United States has a strange… Some of our leaders and certainly the Washington establishment had a strange psyche. I think on the left side, would you agree that the left is laden with guilt like you and I can’t understand? They feel guilty over the United States superpower status, and they feel guilty over United States economic superiority, supremacy. 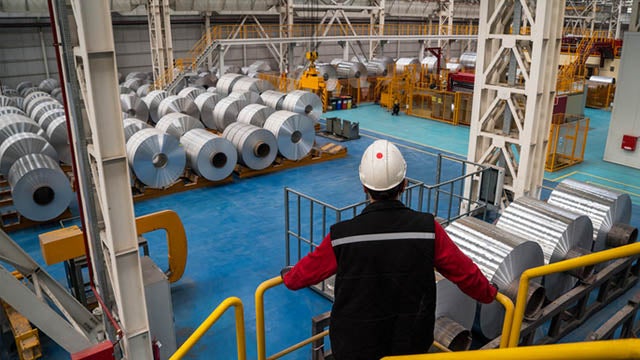 They feel guilty about a number of things, and that makes them look at every one of our competitors as a victim of us. The other factor, I think, is fear — and Trump is fearless, and this is what they don’t understand. We acted — way too often in the past — afraid of what, say, Gorbachev was gonna do. We were afraid of what the Chinese leaders would do. We were afraid of offending them, we were afraid of doing things that might make them mad, and we wanted to avoid making them mad because for some reason they’re all gonna declare war on us.

I mean, it was a totally defensive posture that our State Department has held for the longest time and other agencies of the government. Just a defensiveness and almost a fearfulness of asserting ourselves that we either didn’t have the right to or that it was unfair for us to do so because we’re so big already. And when they huff and puff over the institution of new policies, we get frightened over what they might do and we back off, or more than likely, we don’t propose things in our self-interest anyway.

We continue to give foreign aid to people that don’t appreciate it and rip us publicly. It’s kind of like this mayor of Oakland. What is preventing from us dealing with this? This woman is breaking several laws, and they are felonies, in addition to openly taking action against her own government. This is not a targeting of anybody else, I don’t know who would be blamed here, but it’s almost like there is a fear of dealing with her. It’s like we’re afraid of what her constituents might do or we’re afraid of what the people of California might do.

I don’t know what they’re afraid of, but clearly they are afraid. And I think it’s another indication of how different somebody like Trump is from the standard operating procedure that has been the norm for the Washington establishment. We don’t assert ourselves at the U.N., for example, until now. I mean, we may exercise our veto rights in the Security Council vote, but in terms of actually standing up for ourselves and telling enemies to pound sand, we just don’t do it. It’s something that’s unseemly. We have to take a certain ration of excrement because that’s the price we pay for being a superpower. Well, Trump doesn’t subscribe to anything like that.