The Lesson of Flippy

RUSH: Flippy, the burger flipping robot. This story is in Investor’s Business Daily, but it’s actually a story that takes place in Pasadena, California. There is a company out there, burger joint — well, it’s bigger than a joint. It’s called CaliBurger, and they have just installed Flippy the robot to cook hamburgers at some of their joints. Flippy — and there’s a picture of Flippy here. He’s a little white arm that can flip burger patties expertly.

The Pasadena minimum wage is higher even than California’s current minimum wage, which is climbing but will not hit $15 until 2022. So it’s four years away. So, I mean, look. It’s automation and there’s all kinds of Flippys already out there doing other things replacing entry-level workers. So you could say that Flippy is an inevitability. But raising the minimum wage, what have we always said?

Those of us who have said an arbitrary minimum wage — which has no relationship to market forces or anything on the ground — does not make anybody wealthier, does not give anybody more money.  What it results in is people losing their jobs.  How many times have you heard me and others say, “You raise the minimum wage and you’re killing jobs”?  It’s happened in the Seattle restaurant industry. You know how many restaurants have closed in Seattle with the minimum wage there rising to $15 an hour?  They simply… They can’t afford it. 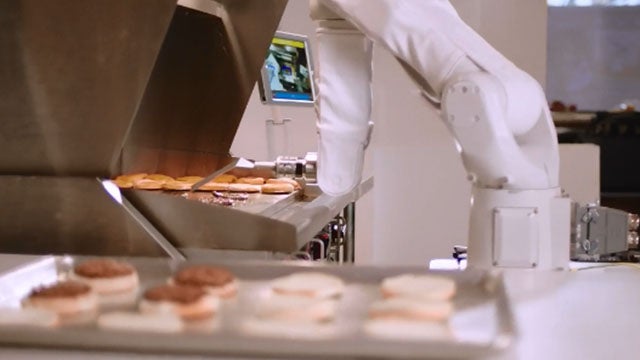 They are aided, they are helped by the illusion and image they care about people.  “The Democrats advocate for more money for people, and over here the Republicans and the businesses?” They say, “We’re not gonna do that.  It’s gonna cost people their jobs.”  Democrats and media say, “See?  They don’t care! They don’t love people like we do.  We are for the minimum wage being increased,” and that’s where it stops.  It’s not about getting people more money.  It’s about the illusion that had care more than other people. Once again, yet another exactly opposite crock of excrement.