What Would’ve Happened If…

RUSH:  Rush Limbaugh and the Excellence in Broadcasting Network.  The nation’s most listened to radio talk show, the most talked about radio talk show.  The talk show that blew up the Drive-By Media news monopoly starting in 1988. 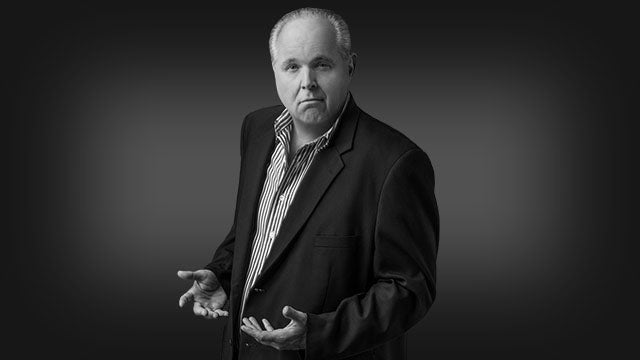 You know, somebody asked me the other day — and these kind of questions make me nervous.  I don’t quite… (interruption) The screen saver again!  I’m just… I’m sorry to be so distracted by this, but I’ve got… Hey, DirecTV!  I love you.  I really do.  But could you fix it so the screen saver doesn’t activate every 20 minutes?  Now what?  Oh, well.  Some kind of signal… Anyway.  Somebody asked me the other day, “Have you ever thought about what would happen…?” It was the old It’s a Wonderful Life question.

Remember Clarence the angel was telling George Bailey, you know, how the town would be different if he’d never been born?  “Did you ever stop think what might not have happened if you hadn’t started your show in 1988?”  I said, “I’ve never thought about it, because I did start my show in 1988, and I don’t do ‘if.’  You know, ‘if’ is for children.”  A great line in a song by Roger Whittaker, “I don’t believe in ‘if’ anymore, because ‘if’ is for children.”