An Army of Conor Lambs: Dems Think Ticket to Victory Is to Hide Who They Are

RUSH: This is how asinine things are getting. I have two stories here. They both bounce off of the special election that happened in the 18th district of Pennsylvania on Tuesday where the Democrat, Conor Lamb, running as a conservative Republican, happened to oust by a very narrow margin — the Republican hasn’t conceded in that race yet, right? They’re talking recount or maybe — anyway, as we sit here today, the Democrat wins it, pro-gun, pro anti-immigration, in every way, this guy was a Republican running against another Republican.

And so we have a story here. The first is from — they’re both Politico but two different stories. “Pelosi in Peril?” This is Michael Allen. “Top Democrats tell me that if they take back the House in November, a restoration of Speaker Nancy Pelosi is no longer guaranteed. In fact, some well-wired House Democrats predict she will be forced aside after the election and replaced by a younger, less divisive Democrat.” 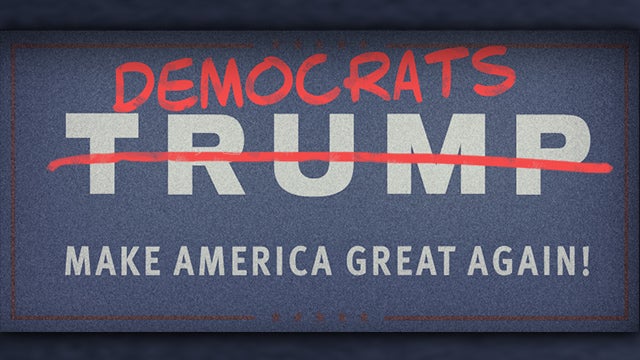 Then this other story: “More Democrats likely to disavow Pelosi after Pennsylvania stunner. Conor Lamb’s success could provide a blueprint for other Democrats in tough races.”

Okay. They want us to believe that the Democrats are all now gonna moderate and they’re all gonna become Conor Lambs, and they’re all gonna become a variation of conservative Republican or a variation of Trump-lite, depending on the district. So this is the mistake they make. They take one race here, they’ve been thinking that these special elections are all gonna go their way. One finally does, and it’s still not over. And they think they stumbled across the formula for retaking the House. Do these people have any idea what’s gonna happen to them if they start moderating their extremist, radical, left-wing agenda?

If they try to turn this party in the November campaign into a bunch of Conor Lambs running for the House, the backlash from the mainstream of the American Democrat Party and left is gonna be so bad, these people are gonna end up losing seats in the House, if they think the ticket is to go out and find a bunch of other Democrats to run as Conor Lamb did.

What have I always told you? They cannot win if they’re being honest about what they really believe, unless they’re running in their own strongholds. But in national races and so forth, they have to moderate, they have to make you think people think they’re not who they are. This Conor Lamb guy is a piece de resistance. This guy did everything he could to tell the people in this district that he was not your standard issue, ordinary, everyday Democrat.

If they think this is their ticket, if they think their base is just gonna sit idly by with a wink and a nod while they lie to various voters all over the country but what they’re doing, these Democrat mainstream left-wing radicals are not into subtlety and they’re not into deception. They’re in your face. They are shouting you down. They are shutting you up. They are denying you access. There is no strategy or subtleness or deceit. They are bullies, and they want to bludgeon you and they’re not gonna react well if the Democrat plan is to hide who they really are.

No, don’t worry, I’m not giving any secrets away because they don’t listen to me and believe me anyway. Snerdley always gets worried when I start advising the Democrats ’cause he thinks they and listen take the advice. But they don’t. 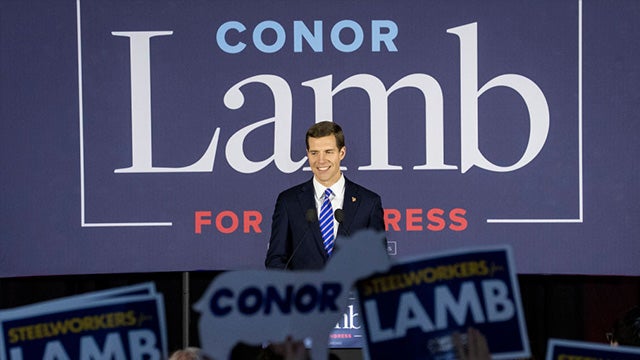 RUSH: We’re gonna start in Pensacola, Florida. This is Chuck. It’s great to have you, Chuck. What’s happening?

RUSH: That’s exactly what I said. That’s exactly… But I think it’s… I see your point. They’re gonna get rolled in Congress. But I think they’re gonna get rolled as they’re campaigning — by other leftists on Twitter, not people in the district. You know, let some lunatic, leftist radical in Berkeley find out that some Democrat’s running on a pro-gun agenda. You find out what those people do to him. On Twitter!

CALLER: Well, yes. I’m not worried about this happening in California because that’s never gonna fly. But in a place like Wisconsin, it could, and that just adds numbers.

RUSH: Well, yeah, it does add. My point is that in California, the radicals a Berkeley or wherever you find them — they’re everywhere out there. When they find out the Conor Lamb of Michigan or a Democrat running a Conor Lamb campaign in Michigan, they’re gonna be all over this guy as a fraud. These people are so insane, they’re not sure gonna tolerate deception.

They’re not gonna tolerate some guy running and winning as a watered down Democrat or even a faux conservative. I’m just saying, they’re not gonna get away with it as easily as Conor Lamb got away with it. Your point that people like this could end up being attractive to Democrats that voted for Trump, probably… I might have a point. You’re worried that this could cost us the House? Is that what your ultimate concern is here?

CALLER: As the Republican candidate, he would need to point out that very fact, that these people running on this platform are not on the Democrat platform and that, should they get into Congress, they can in no way… You know —

RUSH: What would you do if you found out that certain Republicans who don’t like Trump were actually raising money for Democrats like Conor Lamb?

CALLER: Ha! I’m not sure what I could do, but certainly that would have to be publicized, because as you said, Trump has enemies all over the place, and I guarantee you quite a bit of Republican help went to this Conor Lamb. 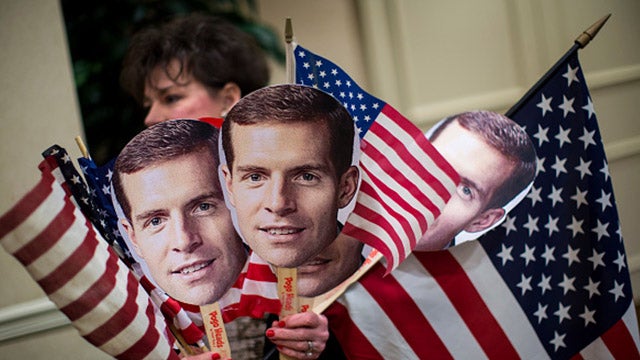 RUSH: I’m still tracking something down. I can’t… I’m not gonna go there yet, but it may well be that the guy was funded by Republican members of the House.

CALLER: (sigh) Well, I mean, we’ve seen some really bad stuff thus far (chuckling) in the last 15 months or so, so there’s… It’s very hard to suspend… Well, it’s very easy actually to suspend disbelief on stories like this.

RUSH: All you have to do to try to keep things in perspective… Not that. To try to understand the insanity, never forget how widespread the hatred for Donald Trump is in Washington, in all of Washington. That will help you understand or it may explain things that just seem too odd. If you understand the widespread hatred for Trump still in D.C., then stuff that makes no sense will at least make maybe some sense to you. It will be easier to deal with.

RUSH: Jason in Hastings, Nebraska. You’re next. It’s great to have you. 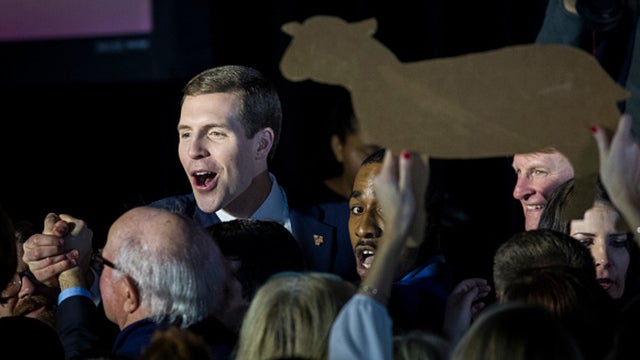 CALLER: My question is, do you think that the Lamb win is the first step in the Democrats’ inconspicuously flipping their gun control platform and eventually turning the Second Amendment into their baby like they did with the treatment of African-Americans? How long did it take the South, you know, to go from Jim Crow to what they are now? A couple of years or whatever? I think they’re reaching way back (unintelligible) into history.

RUSH: All right. Well, let’s look at this. Let me rephrase the question for people in the audience who may not be as up to speed as you are on historical matters. What Jason here realizes is that Democrats used to be the biggest racists and segregationists in America. All the way up to the 1964 Civil Rights Act, it was the Democrat Party that refused to let blacks go to school in the South. It was the Democrat Party that funded the Klan.

The Klan was the military wing of the Democrat Party. All the great segregationists were Democrats. J. William Fulbright, Strom Thurmond, all these people from way back. George Wallace and you had Bull Connor — the sheriff — turning water hoses on the marchers at Selma, and these are all Democrats. But then something happened, and the Republicans ended up getting blamed for all that.

Now the Democrats are considered the best friend the African-American ever had. So old Jason here is wondering if this campaign of Conor Lamb’s, does this mean the Democrats are all of a sudden gonna transition into becoming the biggest defenders of the Second Amendment we’ve ever seen and steal that from the Republicans like they stole the race thing from the Republicans? And I can understand, Jason, you’re thinking. You think history might repeat.

But (chuckles) can you imagine poor David Hogg if the Democrats do this? Could you imagine these students that marked out of school yesterday? Can you imagine all of these left-wing fruitcakes all over this country who are marching get rid of guns and if their party turns around to become the biggest endorser and supporter of the NRA by this November? I would almost like to see that.

RUSH: Gadsden, Alabama, next. This is Deborah, and welcome. Great to have you here with us.

CALLER: I’m happy to talk to you. This relates to the special election yesterday where the Democrat won and the blue wave that’s coming.

RUSH: That means you haven’t been reading it.

RUSH: It means you haven’t been reading it because he hasn’t been standing up to the Democrats.

CALLER: No, I said I have been reading it just everywhere (laughing) that he’s been standing up Democrats.