RUSH: The Trump hatred is more irrational than ever, and it is as widespread as I’ve ever seen it. It is as infantile and personal as I have ever seen it, and it crosses the spectrum. Hatred for Trump on the left is obvious. The hatred for Trump in so-called conservative circles is just as bad. They’re all together circling the wagons in Washington trying to save the pension of Andrew McCabe.

Have you heard — (laughing) McCabe has really been exposed as a fraud by the inspector general investigating the FBI. McCabe — you’ve heard the name mentioned — it was in McCabe’s office that Peter Strzok and Lisa Page were talking about whatever steps necessary to take in the event Trump won the presidency. They needed a Plan B. 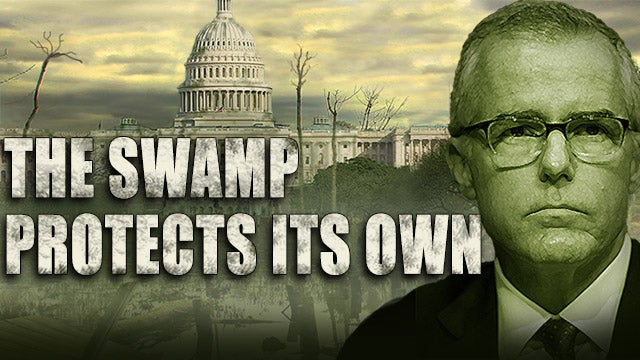 Strzok and McCabe were partners in an effort here to undermine Trump. It was McCabe that went to the White House shortly after the inauguration of Trump and went to the office of Reince Priebus and said (imitating McCabe), “Reince, I just want to tell you something, buddy. We know that all of these stories, like today’s in the New York Times, and all these other things that say you colluded with Russia, Trump. We know that’s not true. We at the FBI know it’s not true.”

Priebus says, “Well, what good does telling me do? Can’t you go public with it?”

“No, no, no, we can’t go public with it.” So then that story leaked, but it leaked in a different way. It leaked that Priebus was begging McCabe to say that Trump was innocent, when McCabe started — it was a setup from the get-go. Well, anyway the inspector general looking at the FBI has concluded that McCabe didn’t do anything wrong there, that McCabe screwed up in the Hillary Clinton investigation.

But it’s not what you think. They are saying that McCabe was inordinately unfair to Hillary Clinton, that he was out to get her, and he might have violated FBI policies of fairness and what have you, in being too tough on Hillary. And the inspector general has recommended that McCabe be fired. Okay, fine. I probably think he should be charged and indicted, but that’s another matter.

Here’s the deal. McCabe is scheduled to resign at the end of the month. Actually, Sunday. And if he’s allowed to work until his official resignation date, then he will qualify with something like 21 years of great service to the United States and the FBI for a full pension. But the inspector general is recommending that McCabe be fired. And if McCabe is fired by tomorrow, he will not get his pension. 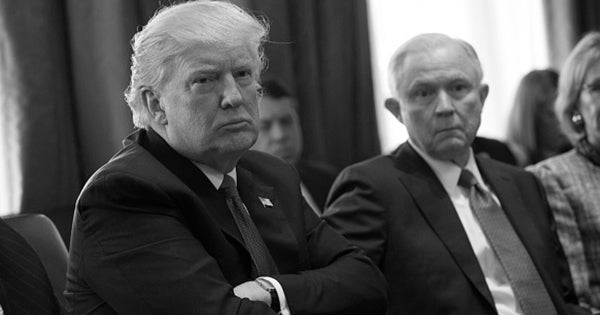 But I guarantee you, if he does get fired today, it’s gonna have to happen before Sunday. From what I understand McCabe has to be fired before Sunday. If McCabe makes it ’til Sunday he gets his full pension, bought and paid for by us, the taxpayers, you know, the dolts in flyover country, people that make the country work. And, if he doesn’t make it ’til Friday, if Sessions cans him, and then there’s the question will Sessions last ’til Sunday, is Trump gonna can him? (laughing)

And then next, is Trump gonna get rid of John Kelly, and then who next is Trump gonna get rid of? These people in the media, in the Washington establishment, and even in areas of conservative media are literally obsessed with this stuff. And it’s not complicated what’s going on. I have explained it. Trump’s hitting his stride. He’s putting people he likes and is familiar with in these positions.

He went the swamp way first. He took advice from people on who he should make secretary of state, secretary of this, secretary of that, ’cause like anybody, he didn’t know enough people personally who are experts in all these areas to pick from his circle of acquaintances and friends. So like anybody else arriving in Washington as president, you gotta have advisers and people suggesting various names to you, you can pick and choose from that lot.

Okay, so Trump’s got over a year in, he’s making his decisions now. I mean, some of the criticism of Larry Kudlow is over the top, such as, “What is Trump doing picking a supply-sider when Trump is a nationalist protectionist? It doesn’t make any sense.” And so they’re concluding that Trump picks people he likes watching on TV. Not just on the left, but on our side of things, that Trump likes people on TV, and that’s how he determines who’s gonna be in his cabinet.

Therefore, I read some clown’s tweet, “The next attorney general when Sessions is fired is gonna be Judge Jeanine Pirro.” I mean, they’re literally thinking this stuff out there. It’s not hard to see what’s happening here at all, and there are people who just — I tell you, this poisonous hatred, it’s now even going beyond that boundary of just poisonous hatred.

These people are actually making utter fools of themselves each day as they arrogantly and condescendingly think that Trump is the fool and write about him in such a way that it is just breathtaking to behold all this. This is not complicated, but it’s all rooted in the fact that they thought they would have gotten rid of Trump by now. And they haven’t, and they’re not even close. And so they are beside themselves.