RUSH: Look at this. Independent Journalism Review. Headline: “Ex-Obama Campaign Director Drops Bombshell Claim on Facebook: ‘They Were on Our Side’ — A former Obama campaign official is claiming that Facebook knowingly allowed them to mine massive amounts of Facebook data — more than they would’ve allowed someone else to do — because they were supportive of [Obama]. In a Sunday tweet thread, Carol Davidson [sic], former director of integration and media analytics for Obama for America, said the 2012 campaign led Facebook to ‘suck out the whole social graph’ and target potential voters. 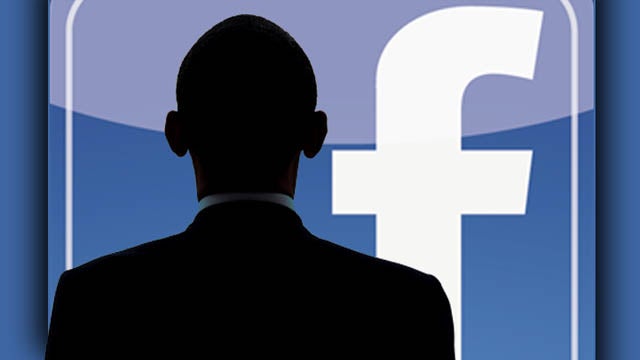 “They would then use that data to do things like append their email lists. When Facebook found out [Obama’s team] were doing, they were ‘surprised,’ she said. But she also claimed they didn’t stop them once they found out: ‘They came to office in the days following election recruiting & were very candid that they allowed us to do things they wouldn’t have allowed someone else to do because they were on our side…'” Independent Journalism Review, Carol Davidsen. It’s spelled D-a-v-i-d-s-e-n. This is my point. Facebook makes this stuff available!

They were advertising to people like Cambridge Analytica or anybody else, “Here’s how you can share our data!” But now in the Drive-By Media, it’s being criminalized because the Trump campaign did it. But I’m telling you, when it comes to this stuff — as it is with the Trump-Russia collusion story, with spying on the Iran deal exponents and using Fusion GPS to spy on Romney — all of this goes right back to the Obama White House, every damn bit of it. And this is just Facebook!

Facebook was surprised we were able to suck out the whole social graph, but they didn’t stop us once they realized that was what we were doing.

Nobody’s talking about Google yet and their relationship with the Obama White House — and, by the way, my memory was right here. Hillary said repeatedly during the campaign that they got no data from anybody. In fact, it was one of your favorite excuses for having lost is that Obama did not share much or any of his data with the Hillary campaign, and she praised Obama’s IT people that she inherited. But she said the Democrat National Committee gave her nothing. Back in May she said, “‘I was very proud of my data, my analytics team,’ noting that her team was comprised largely of Obama campaign veterans.

“‘We had a lot of help from some people in Silicon Valley as well. But I inherited nothing from the Democrat…'” Hell’s bells, Silicon Valley was working to elect Hillary just like they worked to elect Obama! So you have all of Silicon Valley, all of Facebook, all of Google — and over here, the Mercers (and they’re little, by comparison, to an organization called Cambridge Analytica) — and guess who now is being accused of criminal behavior? Right. The Mercers and their little operation, which in terms of numbers pales in comparison to the power that Google and Facebook (i.e., Silicon Valley) bring to assisting Obama.