RUSH: Folks, here’s something else. Have you seen the picture of Stormy Daniels taking a lie detector test? Have you seen that stupid picture? She’s wearing this bright lemon-cake colored sweater with the cables across those gigantic bazooms. She’s wired up for the lie detector. I mean, it’s just a joke. But the Drive-Bys are totally invested in this. They’re invested. 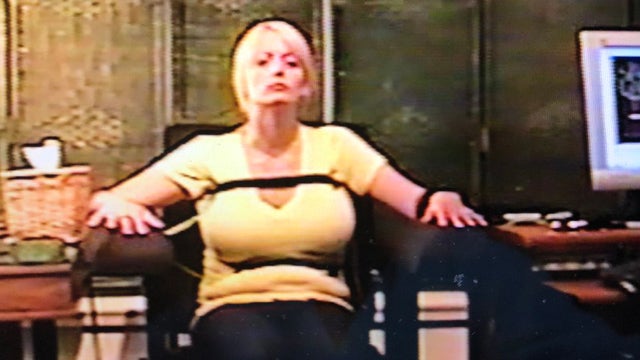 Even though the Access Hollywood video didn’t do Trump damage whatsoever, they are going back to the well, and they think Stormy can drive Trump from office. If you’re not careful you could get so dizzy here you’ll get vertigo. You remember how the Democrats and the Drive-By Media trashed all those women that surfaced and accused Bill Clinton of molesting them, of abusing them?

When Bill and Hillary Clinton were in the White House the Drive-Bys did everything they could to destroy those women. And now these so-called Trump bimbos are treated like visiting royalty and they’re hoisted up on these giant pedestals as saviors of America.

RUSH: The Drive-By Media is convinced that Trump is gonna fire Mueller because Trump tweeted again today about Mueller. And what Trump basically did in his tweet was echo the sentiments of the brilliant Harvard Law Professor Alan “the Dersch” Dershowitz who is essentially saying that Mueller’s got no business being in this, that there is no underlying crime to be investigated here. And, as such, there should not have been even the appointment of an independent counsel.

And Trump is echoing that sentiment. He’s not retweeting the Dersch, but he’s essentially passing on what Dershowitz said, and the Drive-Bys say, “See! See! He’s gonna fire Mueller. It’s leading up to Mueller getting fired!” There are a lot of people who think Trump should. I’m talking about Trump supporters, not so much people in Washington.

RUSH: Moving on to sound bite No. 23. You know, this… I’m kicking myself. I have known this for three weeks and I just haven’t mentioned it because I have gone out of my way to avoid talking about Stormy Daniels. I just haven’t wanted to go there.

I don’t want to give the Drive-Bys the satisfaction that they and their narrative setting can have an impact on what I do on this program. But what I’ve known for three weeks is that her lawyer, this Avenatti guy, is a Democrat operative! He’s being portrayed as a civil rights lawyer with a great, heralded past. He’s nothing more than a Democrat operative from way, way back. He used to work for Rahm Emanuel. He worked for Joe Biden. He’s working now for Stormy Daniels. 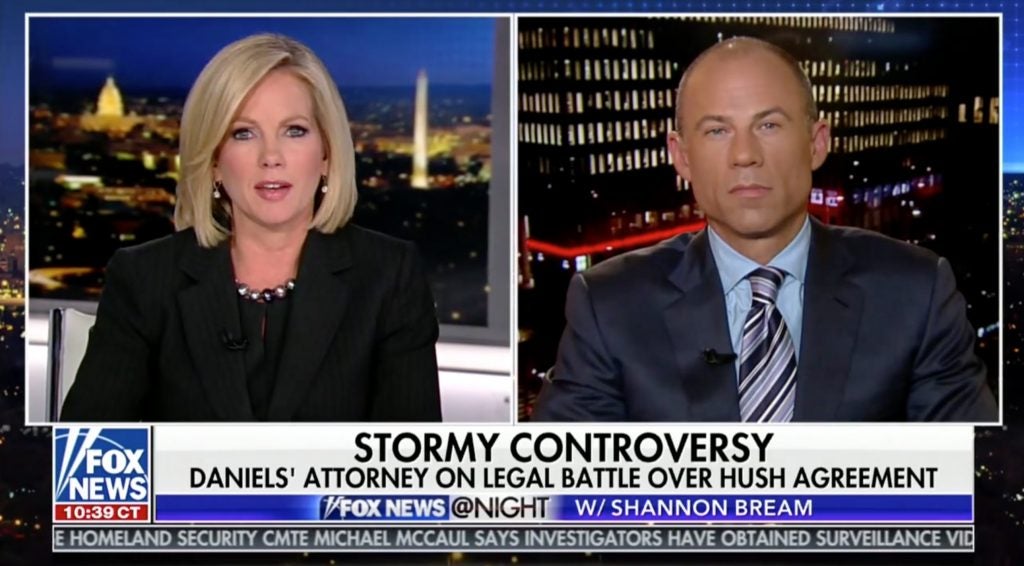 She says, “On your own website you say that while in college and later in law school you worked at a political option research and media firm run by Rahm Emanuel, who later, course, became White House chief of staff and is currently mayor of Chicago. And that during your time there, you worked on over 150 campaigns in 42 states, including Joe Biden’s Senate campaign. Is any of this…? This Stormy Daniels story. “Is any of this political in nature to you?”

AVENATTI: Absolutely not. That was 20, 25 years ago — and it’s laughable that people are pointing to that as the reason behind this. I haven’t spoken to Rahm Emanuel since January 2nd or 3rd, 2017. I haven’t seen emailed him, texted him, communicated with him. I haven’t had any communication with Joe Biden or anyone else on the left. The idea that this is politically motivated is laughable. This is about a search for the truth.

The Democrats are never far away from any of this stuff, is the point. All of this is politicized, and all of this is corrupted. And this effort to get Trump, there’s none of it that’s not political. Now, they want you to believe it’s about virtue and morality and doing the right thing and so forth and so on, but again, my friends, every time a Stormy Daniels showed up during the Clinton administration, Hillary and the bimbo eruptions unit went into high speed first gear setting about destroying the Stormy Daniels of Bill Clinton’s life. They left no stone unturned in destroying these women. But now they are treated like royalty.