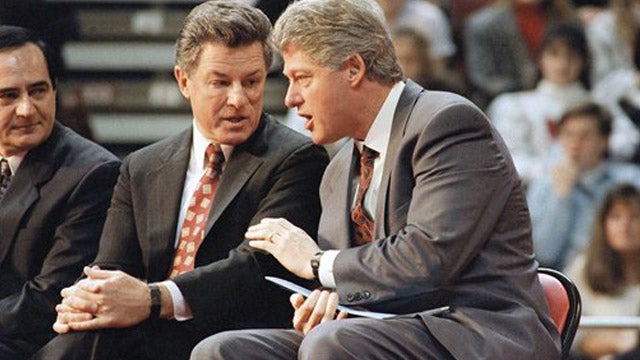 LEHRER:  I’m curious if you think, as an embattled, almost from day one in office — uhhh, and then what turned out to be one-term governor — if you think you were one of the first victims of modern right-wing talk radio?  WABC had recently gone from their old music format to conservative talk with Rush Limbaugh who had just come on in ’88, one year before your election.  They just hammered you, and Mario Cuomo — who was governor of New York then — and David Dinkins day after day, and there was no big station with liberal talk. There was no MSNBC on television yet.  Was talk radio a factor in your political challenges?