Note from Rush: This monologue was based on an email from a female Trump supporter. 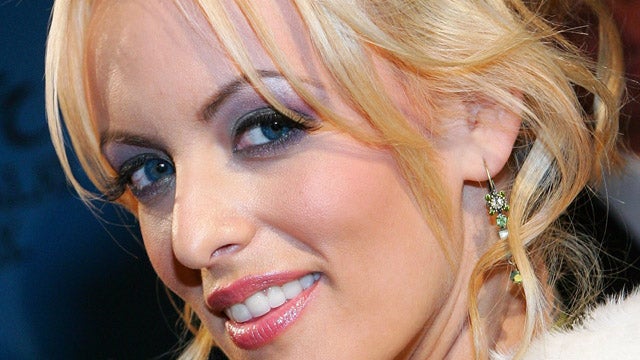 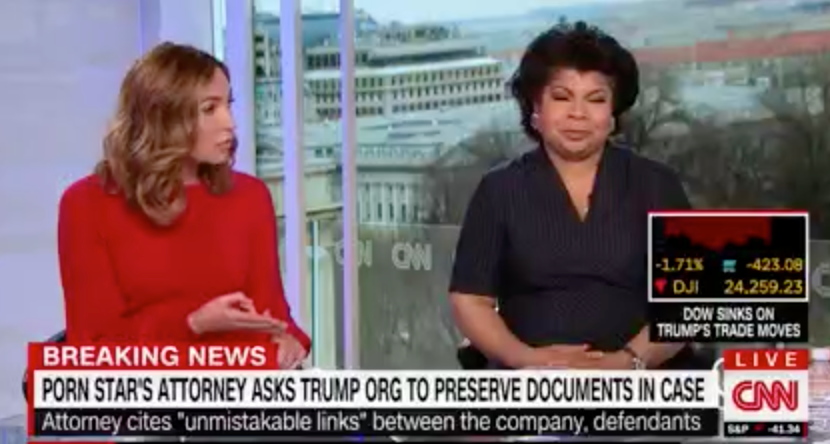 April Ryan is a bomb-throwing leftist in the White House press corps, and this was fascinating ’cause Amanda Carpenter, who’s a Cruzette — and I gather from this that she does not like the Trumpster at all. And she was praising Stormy Daniels’ lawyer, this former Democrat activist. Avenatti is his name. And she was saying, Amanda Carpenter (paraphrased), “This Stormy Daniels lawyer is doing better than anybody in the Democrat Party at combating Donald Trump. 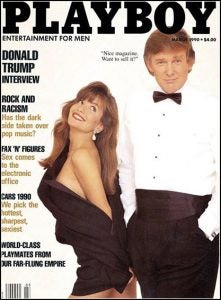 (laughing) The guy is a former Democrat… My point is you had a Republican analyst that was just ripping Trump to shreds and praising Stormy and her lawyer, and a Democrat activist like April Ryan didn’t appear to be happy about it. Now, maybe she was just jealous. Maybe April Ryan was jealous that Amanda Carpenter was doing such a better job than whatever April Ryan’s been doing. But, “You always have to be bringing it back to the Democrats, don’t you?

It’s these people throwing something on the wall hoping it sticks. Look, I’ve been… (interruption) I don’t know if they’re hoping Mueller goes after these women or asks to use them. No, I think they are looking at this as a media battle — which is Trump’s turf — that they gonna just wipe the floor. I think it’s a media scorched-earth thing that they think they’re gonna embarrass Trump. This is all about breaking Trump’s base away from him. It’s all this is.

And I just… If the Access Hollywood video didn’t do it. They’re saying, “Well, but you know, that was different. That was years ago. This is right now, and Melania’s affected and all this.” Like I said, you can’t look at all this without remembering that we went through this with Bill Clinton. You just can’t — and Clinton got away with it, too, did he not? Clinton got away with it big time. All he lost was his law license. That’s no big deal. He got his own Library and Massage Parlor out of this down there in Little Rock.

“Good for him! Trump was a playboy himself. Everybody knows that, and what’s wrong with liking really incredibly good-looking, exotic women? Where’s the crime in that? Hell, Trump’s married three of them. What in the world is wrong with this? So what?” Is what I think the average Trump voter will say, and maybe even… Because they’re gonna recognize what this is, just like they recognized what the Access Hollywood video was. They’re gonna sit there like bumps on a log and be affected by this?

But let me tell you how this differs totally from Bill Clinton — and it matters. All of this sex, all these affairs with Trump and Stormy Daniels and Karen McDougal, whoever they are? All consensual, right? Yes, it was. It was all consensual. None of them are alleging any abuse. They’re mad they signed the NDA, but they’re complaining that they were mistreated, are they? Nope! You can’t say that about Clinton. Clinton’s sex was, in a lot of these women’s cases, unwanted.

And I gotta be very careful here, folks, but in the voice, again, of your average Trump voter, these women with whom Clinton was involved were, shall we say — you wouldn’t call ’em exotic. I mean, even James Carville said, wave a dollar bill through a trailer park and this is what you get, your average Clinton woman. I’m not talking about their looks.

I mean, the Kathleen Willey story, Clinton gets off the plane in Virginia, wherever it was, and she’s standing to the side, and Clinton walks up, this was caught on video, he’s talking to some local Democrat official at the bottom of the stairs of the plane (Clinton impression), “Hey, hey, who is that babe over there? Can you get me that number?” Trump wasn’t asking for anybody’s number. He’d just walk up to ’em. Trump didn’t need a wingman. Clinton probably didn’t, either, a lot of times.

But, anyway, Trump does not do this! Trump does not harass, he does not stalk, he does not abuse or any of that, like Clinton did. And it’s a big difference! Okay, so your average Trump voter, “Okay, so he paid them to be quiet. I can understand that. That’s just the price that Trump is willing to pay and that they were willing to accept to do the deal. So what? It was a transaction.”

That’s what I think the average Trump voter’s reaction to this is and is gonna be. But they’re gonna try to make this into what they tried to make the Access Hollywood video out of. So they got Stormy. She’s gonna be on 60 Minutes. We’re gonna get all the details. Stormy is very smart, by the way. She tweeted or posted somewhere, “I technically did not sleep with Donald Trump.”

And some people said, “See? She’s now starting to come clean. She’s starting to come. See, she is admitting now she technically didn’t sleep –” But you need to read the next line. She said, “There wasn’t any sleeping.” (laughing)