It’s a Nuclear Win for the Swamp Over Trump

RUSH: Folks, I’m being very guarded here because this is one of those things where you wake up the next day and you look back at what you said, is there anything you’d want to change, and I don’t want to go overboard here. But I just have a really bad feeling, because I cannot tell you what this — and I don’t want to dispirit or depress any of you. That’s why I’m really holding back here. 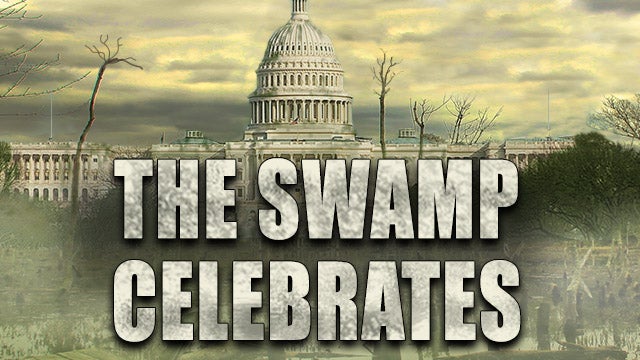 But this is the biggest, this is a nuclear win for the swamp over Donald Trump. I cannot tell you how big this is. I tell you what. Members of Congress, House, Senate, Republican, Democrat, they better make sure that there are not any hidden iPhones videotaping their celebrations this weekend, because that’s what they’re gonna be doing. And they’re not gonna be celebrating that a Republican was defeated. They’re not gonna be celebrating the Democrats won again.