RUSH: I found something that just struck me funny. There’s a story that has nothing to do with anything. It’s in the San Diego Union Tribune. Apparently they’ve got a giant squirrel problem in the public parks in San Diego. Now, I happen to like squirrels, but every time squirrels come up I have a bunch of people start shouting, “They’re nothing but tree rats. They’re nothing but rats with PR. They’re just rats. What do you mean, you like squirrels?”

Well, it goes back to when I was a kid. My mom would actually open one of the windows on our breakfast nook and start banging two peanuts together, and the squirrels would come up, and she would give them to the squirrels. And one of them was a red squirrel, looked like a fox. And she would sit there, “Come on little squirrel,” and they’d all come trooping up, and she’d give them some peanuts and they’d walk away.

They’re on the second floor. They’re on a ledge, second floor, they’d climb down the house. And I’ve always thought they were cute, but people said, “They’re nothing but tree rats. How in the world can you say you like squirrels?” 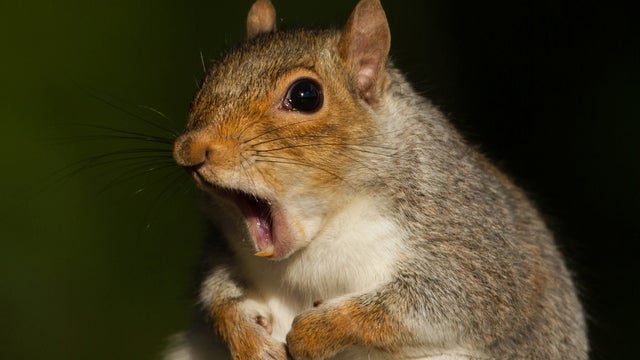 Well, anyway in San Diego they got a problem ’cause apparently a lot of other people think they’re cute and they’ve started feeding them. And they’ve turned ’em into a bunch of welfare recipients. Feeding the squirrels contributes to their overpopulation.

“‘The main problem is they get tons of food from people,’ said Darren Smith, a natural resources officer in the San Diego region of the state Department of Parks and Recreation. ‘There is the culture of providing extra food for them, and that’s what makes the population grow so much,’ he said.”

And then this. “Too many squirrels become a nuisance. They quickly grow dependent on handouts, lose their fear of humans.” And so they hang around with people. And he says that the squirrels are now showing up in picnic areas looking for food. And then there’s this quote: “They bother people,” said Darren Smith. “Sometimes, they bite people, and steal their Doritos.”

When I saw “steal their Doritos” I just started cracking up. Of all things to steal, they steal people’s Doritos, the squirrels.