A Comparison: Guns and Gay Marriage

RUSH: I want to start with Gene in Somers, Connecticut.  Glad you called, sir.  You are up.

CALLER:  Rush, I want to give you a huge thank you for your service.

RUSH:  Well, thank you.  I appreciate that, sir.

CALLER: We are, and I think we’re winning, as evidenced by several things. But you swerved into an interesting comparison in the first hour when you compared what the left did to take over the institution of marriage and remold it to fit their mold and what it would take for them to do the same thing to take over our guns.  But because of the way they took over marriage, the matter of process, they will not succeed in taking over guns the way they took over our marriage because the process of doing that was done by the president of GLAAD through the justices that she knew intimately in Massachusetts.  She picked the weakest, sickest state in the country — that is, Massachusetts — and she went to those judges, ’cause she knew she couldn’t get it from the electorate. 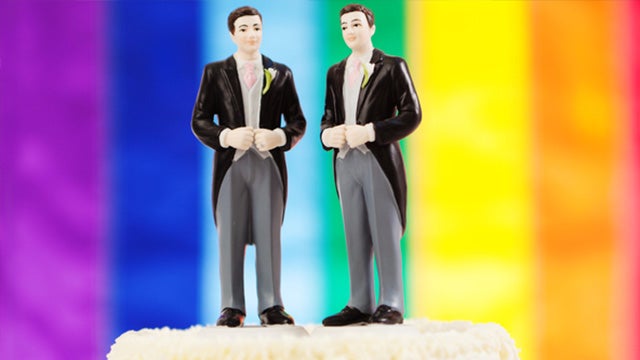 RUSH:  If I remember right (I think I’m not conflating two things), I think the people of Massachusetts voted against it and their Supreme Court judges overturned it and made it legal.  That created a snowball here is what Gene is talking about. That led to seven states quickly okaying it; then the snowball just rolled down the hill.  But my comparison was not that they’re gonna succeed.  It’s their thinking.

More in a moment.

RUSH: Now, on the comparison to how seemingly rapidly the left secured in gaining equality for gay marriage across the country, all 50 states, it’s something that they actually had been working on since the 1960s. You didn’t hear much about it during the sixties and seventies because it was considered to be so outlandish and such a minority position that it was always something talked about in private or at events where groups got together.

But in terms of politicians picking up the issue and running with it and trying to gain favor, that really never did happen. In fact, Barack Obama and every president prior to him made it a point to come out against it! And then, as our caller said, the Massachusetts thing happened where the justices hijacked the public opinion vote. And then if you’ll recall, the Obama administration sent Biden out there to out of the blue one day come up and speak for gay marriage.

I’m saying, “Wait, wait, wait a minute.” And Obama didn’t disavow it or disagree with it, but Obama didn’t lead it. Joe Bite Me did. And it picked up steam because they had been working on it privately for so long, they had an infrastructure, they had a donor base, they had the ability to apply political pressure as illustrated by the panic that erupted after the passage of the Religious Freedom Restoration Act in Indiana. 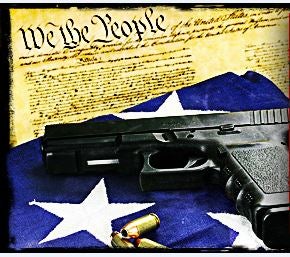 But the big difference is, there was nothing being taken away from anybody with gay marriage being proclaimed legal in all 50 states. Now, it did sneak up on most people. Most people had no idea it was anywhere near coming to closure as a reality. But this is my point. They’ve been working on this for the longest time, way back behind the scenes and under the cover of public lights and everything else.

The repeal the Second Amendment movement, yeah, you have pockets of leftists talking to themselves, explaining and patting each other on the back as supporting the objective. But they haven’t really, not anybody with any power on the Democrat left has gone public with this because it’s a constitutional right. Even though it has remained the objective, confiscation of all guns, they have denied that every time somebody suggested that’s what they really wanted. And that’s what is changing.

They don’t think there’s any danger in doing so because the hatred for Trump, they believe, is so widespread and universal. They’re misjudging that. And I think they’re misjudging it in a huge way. They are also misjudging that they speak for a majority of people on the confiscation of guns and getting rid of the Second Amendment. They’re gonna run into such opposition that this one isn’t going to happen like gay marriage did, under cover of darkness, relatively quickly, and by virtue of surprise. Isn’t gonna happen at all.

But the great thing and one of the reasons it isn’t gonna happen is because they’re now not hiding behind any lies about their intentions. So I think actually it’s a great thing that they are, for whatever stupid and dumb political reasons, deciding to be entirely open and honest about what they want, who they are, and what their objectives are, and they’re doing it not just with guns.