CNN Gobsmacked! Stormy on 60 Minutes Has No Impact on Female Trump Voters

RUSH ARCHIVE:  You know, I have to laugh.  I had this yesterday and I didn’t get to it.  You know, Trump supposedly had this liaison with the stripper named “Stormy Daniels,” and there’s a controversy over whether Trump’s lawyer paid her to shut up. And then CNN’s trying to say that the hush money is illegal. Supposedly a porn star. Fine and dandy.  This is gonna be as effective as the Access Hollywood video was.  Isn’t gonna matter.  These people on the left are going nuts again because they think this is going to be a slam dunk. “Get rid of Trump.  We’re gonna pull it off this time.”

KAYE:  What was your first impression of Stormy Daniels? 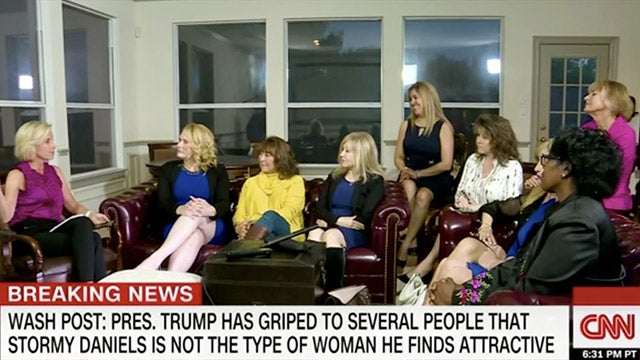 WOMAN #3:  And the fact that she now wants to come out with a story because she’s afraid of (sic) her children?

WOMAN #3: My goodness!  What did you tell the kiddos about your full-time job?

KAYE: (dramatic read) These women all voted for Donald Trump — and despite Stormy Daniels’ claims, they still don’t buy her story.  Most in this group believe God ordained Donald Trump to be president and stand by him despite his imperfections.

WOMAN #5:  I know that when I voted for him, I wasn’t voting for a choir boy.

WOMAN #6:  He hasn’t changed as a person in order to become a president.

RUSH:  This is not what they had in mind, obviously, at CNN — and I think they were sort of gobsmacked by it.  Remember the world they construct for themselves:  Everybody hates Trump.  Responsible, reasonable women, they hate Trump — and so they couldn’t find any here.  And don’t think they didn’t look hard.  I’m just surprised they didn’t hire an actor or make up one of their infobabe reporters to look frumpy and stuff and to pretend to be somebody.

Here’s the next portion of the interview…

KAYE: (dramatic voice) This group suggests the women coming forward with tales of having had an affair with Trump are being targeted.

WOMAN #1:  Someone is looking and shopping for these people to come out of the woodwork because it is demeaning to our president.

KAYE:  And as some strongly suggested, all part of a media plot to bring down Donald Trump.

WOMAN #2:  You can throw all of that stuff up in our face as many times as you want, but that means that we will work harder for Trump.  Is that not so, ladies?

WOMAN #2:  In order for somebody to come forward, you can be pushed by somebody else, right?

WOMAN #2: And so I think the thing is, you’re — you’re looking for a way to impeach my president that I worked very hard for. 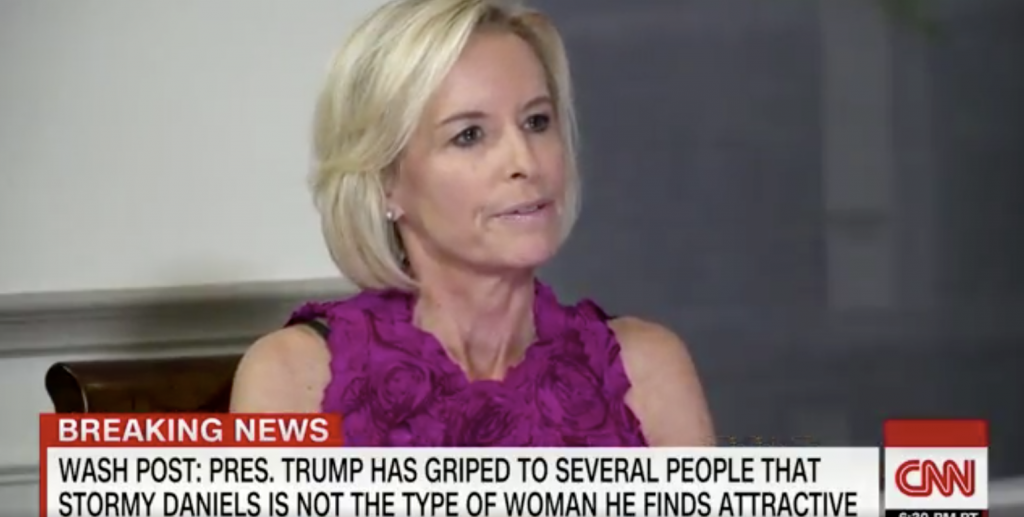 WOMAN #4:  Worst-case scenario, if he slept with her, whatever.  That’s between him, the Lord, and his family.

RUSH:  Ms. Kaye, if you don’t like any of this you better take it up with Bill and Hillary Clinton, because they paved this road.  (chuckling)  Trump didn’t build this.  (laughing) The Clintons built this!  And you and the media? You built the road and you built the escape hatch!  Why, these women are saying exactly what you said about Clinton.  I think these women are so sophisticated.  When…? How long ago was it, Mr. Snerdley? Here you have average Americans talking about “the media narrative.”  You know, that used to be a secret?

That used to be a secret aspect of the news.  Doing the narrative, establishing a narrative –creating it, maintaining it — that was what journalists learned in J-school, that every story is a “narrative.”  It’s not based on events.  It’s the “narrative” that you have, and that narrative depends or determines, you know, what you talk about and what you don’t. You know, what you consider news and what isn’t.  Now these so-called bumpkin women from the middle of America are talking to the media about their narrative and how it ain’t gonna fly.

And I guarantee you, that doesn’t sit well.  You can hear the exasperation of Randi Kaye’s voice.  “I am asking you about a Stormy Daniels interview on 60 Minutes! Period! That’s it!”  She was near the end of her tolerance for these women.  These women had the gall to properly define what Randi Kaye here was doing.  “You’re trying to get of my president.” “I’m asking you about Stormy Daniels! Period! That’s it!”  They didn’t get what they wanted, and Wolf Blitzer was not happy when he saw Trump’s approval numbers.