Thirty Years Ago, Did You Ever Anticipate Your Impact on the Left?

RUSH: This is Sandy in Linglestown, Pennsylvania. Hi, great to have you on the program. 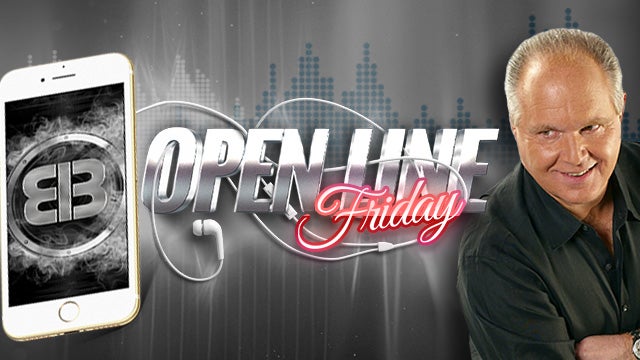 CALLER: Thirty years ago when you started your show, did you have any idea how it would so dramatically affect the left or the radical left?

RUSH: You know, that’s actually a good question. No, not nearly to the extent that it has. But before I go further, let me ascertain from you what your perception is of how it has affected the left. Just to make sure you and I are on the same wavelength here.

CALLER: Yeah. (chuckling) Oh, I think they would be getting away with a lot more if you weren’t around. I mean, you are the only place I can find (crosstalk).

CALLER: Yeah, that, too, because that’s how they’re reacting to you coming up with the truth and throwing it in their faces, like Trump’s doing now.

RUSH: Well, remember when I told you I met the president for the first time after his inauguration down here at Mar-a-Lago. It was a Saturday afternoon at 5:30, and I asked him what at that stage was the biggest surprise so far, and he said, “The fact that there’s still so much outrage against me, so much hate. I thought after the election we’d all come together and we’d unify and move on.” I looked at him; I literally was dumbfounded. I said, “Sir, they’re never… They are never gonna understand. They’re gonna hate you more every day — and the more success you have? It’s never gonna happen,” and he seemed genuinely shocked. Now, I’ll tell you something, Sandy.

RUSH: I, at one time, thought the same thing, because when I first started this show it was in Sacramento, California. It was the same show you heard beginning in 1988, 1989. And when I was in Sacramento, the Democrat registration in Sacramento and the surrounding regions was 78%. I was not hated and despised by the left. They didn’t like me. I mean, they politically objected to me. But I was not personally hated, and mean-spirited newspaper articles were not written. Maybe just a couple, but those were the exception.

So I knew that there would be people that disagreed with me, and I knew that they’d be leftists, but no. I had no idea. The whole time I’m in Sacramento, it’s 3-1/2 years. I’m doing this show. I never became a racist, sexist, bigoted homophobe, even though I was just as conservative then as now. That’s my fiber, and it hasn’t changed. I’d go out and do a personal appearance. They would show up. I’d have conversations with ’em. So I was not prepared for the racist, sexist, bigot, homophobe and being hated and despised and all that. 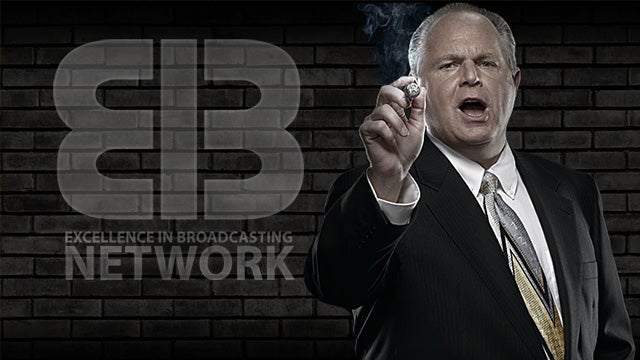 Which is why I was able to tell the president from personal experience, “They’re never gonna change.” So, yeah. To be honest, I was surprised by the degree of it. But not for long. And I never… I never lived under the illusion that I could change their minds and sort of water down their opposition. And I’m gonna tell you: It’s only gotten worse. Over the whole 28, 29 years I’ve been doing this, it’s only gotten worse — and not just with me, on everybody. It’s getting worse. They are getting more and more radical. They are meaner. They are more mean-spirited.

They’re more uncooperative, more abstinent, more stubborn — and they’ve gotten dumber and stupider, which is just contributing to the constant rage, anger, and unhappiness that are the hallmarks of the American left today. Now, she also means, “Did you realize you would have such an impact in slowing them down and that kind of thing?” Well, I hoped so, yeah. You always hope so. I mean, when this program first began people said, “How long are you gonna do it?” I said, “I’m not quitting ’til every American agrees with me.” I don’t think that’s possible now, but I’m not gonna stop trying.