You look at what they’re campaigning on, and you have to ask, “How in the world do they really think this is gonna lead to massive, blue wave (quote-unquote) landslide victories?” ‘Cause it’s nothing but rage and hatred. It’s irrational. I’ll go through some of these things in a moment, but time is dwindling and I need to… In fact, I may have to take a break here. There is a professor at Fresno State who is gloating over the death of Barbara Bush.

For those of you watching on the Dittocam, I want to show you a picture of this babe. (ahem) Her name is Randa Jarrar. Throw it up there. There it is. Throw it up… That is the professor flipping off the photographer with her middle finger. She’s not pregnant, by the way. That is a normal, everyday photo. This woman is a professor! This woman is teaching young skulls full of mush the drivel and the poison and the hatred that she harbors, and she went out and she said she is so happy 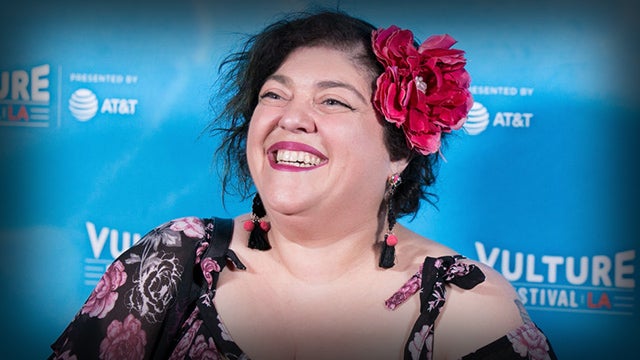 She is so happy. She says, “Either you are against these pieces of [excrement] and their genocidal ways or you’re part of the problem. That’s actually how simple this is. I’m happy the witch is dead. Can’t wait for the rest of her family to fall to their demise the way a million and a half Iraqis have. Bye,” and then she starts gloating about how she has tenure and nobody could do anything to her.

And in fact, Fresno State has said (paraphrased), “No big deal. We’re not gonna do anything to her.” If you don’t have the Dittocam or if you’re not watching the program on the Dittocam, we’ll post the photo at RushLimbaugh.com. But that has to be a very angry woman. That is a very angry, unhappy woman. I think that woman is classically representative of today’s American left.

They’re demented, they are deranged, and they’re getting worse. Twenty-five, 30 years ago when this program started, if anybody in public had wished somebody dead, it could get you fired. It could ruin your reputation. You would be shunned. You would become so stigmatized. Today, people on the left are applauded. They are supported, and they are effectively given medals for this kind of stuff. Her name again is Randa, R-a-n-d-a, Jarrar, J-a-r-r-a-r.

RUSH: Look, just a little bit more here on this wacko professor at Fresno State. I think in honor of Barbara Bush, it would be safe to say that this professor is the kind of person that rhymes with “rich.” That’s how Barbara Bush once famously described Geraldine Ferraro. Yeah. Yeah. She said the kind of person “that rhymes with ‘rich.'” This professor… Put that picture back up there on the Dittocam, Brian. We had to hustle through this. Once again, this is professor is Randa Jarrar at Fresno State.

She made outrageous comments celebrating the death of Barbara Bush, taking delight in the pain George H. W. Bush is experiencing. Now, “according to her bio page at Fresno State, ‘Professor Randa Jarrar is an award-winning novelist, short story writer, essayist, and translator and serves as the executive director of RAWI, the Radius of Arab-American Writers. Her first tweet upon Bush’s death was, ‘Barbara Bush was a generous and smart and amazing racist who, along with her husband, raised a war criminal.

“‘F[bomb] outta here with your nice words.'” She said, “‘either [sic] you are against these pieces of [excrement] and their genocidal ways or you’re part of the problem. that’s [sic] exactly how simple this is. I’m happy it this witch is dead. can’t [sic] wait for the rest of her family to fall to their demise the way 1.5 iraqis (sic) have. Byyyeeeeeeee,'” and then she starts bragging that nobody can do anything to her. “i [sic] work as a tenured professor. I make 100K a year doing that. i will never be fired. i will always have people wanting to hear what i have to say.

“even [sic] you are one of them!” Look, this woman is enraged. She’s walking around constantly enraged and angry, poisoned by hatred, can’t let go of it. It builds up and builds up, and this woman obviously if you look at that picture, she’s got plenty… She’s got… She’s got plenty of room to harbor all that hate, and because she’s got all that room to harbor all that hate, none of it goes anywhere. It just keeps building and building and intensifying and intensifying and then she takes it out on her students at Fresno State.

And now we have a narcissistic and very b-i-itchy type of former FBI director who’s running around trying to make all of this about him in that he’s the last Boy Scout, he’s the last honorable guy, and he’s doing what he can to save America in this regard. They continue to invest and support Planned Parenthood, which is a baby-killing organization for which they’re very proud and supportive. They believe in raising taxes.

They don’t like this last tax cut, and they think it ought to be taken away. And last but not least, they’re going out of their way to protect illegal immigrants over American citizens! And somehow these people — with this professorette from Fresno State kind of today leading the way — think this is what’s going to deliver them a landslide victory, a blue wave? They are so out of it, they don’t even have any awareness of the other America that is actually making the country work, who those people are, what their values are.

Because they hate them. They resent them. They hate them and resent them simply because those people oppose them in the left. Now, we’ve had a lot of scares where we think this kind of agenda… You can say, “Obama had this agenda, Rush, and he won.” Yeah, but Obama, he was sending smoke signals. He was not up front and clear about what he was gonna do. He was lying to people about what was gonna happen if Obamacare became law.

Obama went out; he talked about the economy as conservatives do. He never delivered on it, but that’s how he talked. But I made an observation some months ago. It appears to me the left is getting so confident that they’re no longer worried about masking themselves or disguising themselves or camouflaging. I think they are so convinced that everybody agrees with them that they had the election in 2016 stolen from them. They think everybody agrees with them that Trump is the worst thing that’s ever happened, that Trump is a reprobate and Trump’s got to go. 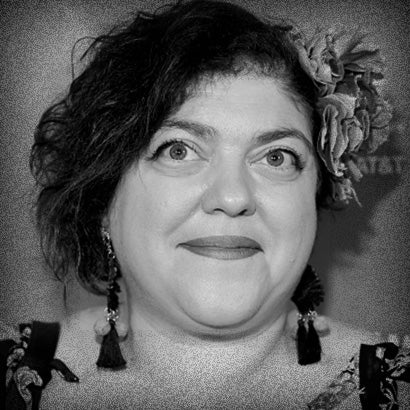 I know they’ve got a sizable number of people on their side who harbor the same hate, who are poisoned by it each and every day — and I know that it can be a motivator. I know that hate can be a motivator in terms of getting people out to vote. But I still, folks, do not think that these reprobates are anywhere near yet representing a majority of the country. And if you disagree with me, I can understand it, because if you watch the Drive-By Media every day, you’d be convinced that this is what the country’s become, that the left is what America is.

RUSH: We got a call from Fresno. Dave in Fresno, who is very near Fresno State where this wacko, lunatic professor who expresses her happiness that Barbara Bush has died, is teaching your kids. Hello, Dave. Great to have you with us. What’s up?

CALLER: Hi, Rush. Would you like to talk about what other really outrageous things are on this woman’s Twitter feed or the one thing we could do to make colleges less liberal?

RUSH: Are you suggesting getting rid of her?

RUSH: This woman is —

CALLER: That’s before she took it down.

RUSH: Why did she take it down, by the way? Why cowardly take this down? Why doesn’t she stand by this stuff, this drivel that she’s tweeting out? 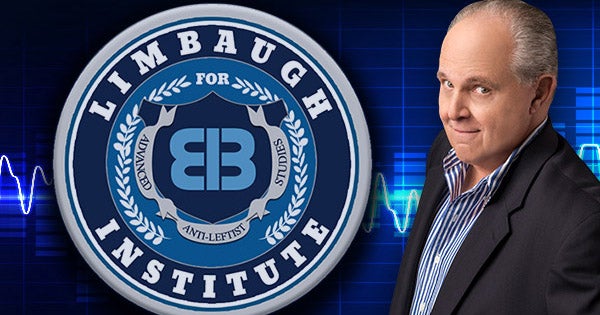 RUSH: Yeah. Obviously she doesn’t like the attention she’s getting if she’s taken all this stuff down.

CALLER: I think maybe the university did email her and instruct her to do it. The problem is, she’ll probably be on leave for two years and we’ll be paying her for two years to stay at home and plan other anti-American demonstrations.

RUSH: If all of that is true, then there may be something positive, but I’m flying blind here, folks, because I haven’t heard what he’s saying. The news story I have does not say she’s gone on leave. But if that’s true, there’s only one reason why, and it is this. I mean, the university can’t be proud of this. This is not something they want to endorse. I’m sure leftists everywhere are celebrating and applauding this idiot, but the university maybe not so much.

But why take her Twitter feed down? I read the tweets that she put up about how she’s happy Barbara Bush died and she can’t wait for the rest of the Bushes to die. And she’s all excited about it. And then she taunts people saying, don’t worry, you can’t get rid of me; I have tenure.

Then why, cowardly-like, pull down the Twitter feed? And the caller thinks the university might have made her do it. Well, what kind of liberal lets the administration at a university tell ’em what to do? She’s got tenure. Nothing can happen to her. And now she’s going on a two-year leave? Doesn’t have the guts to stand by it, I guess.